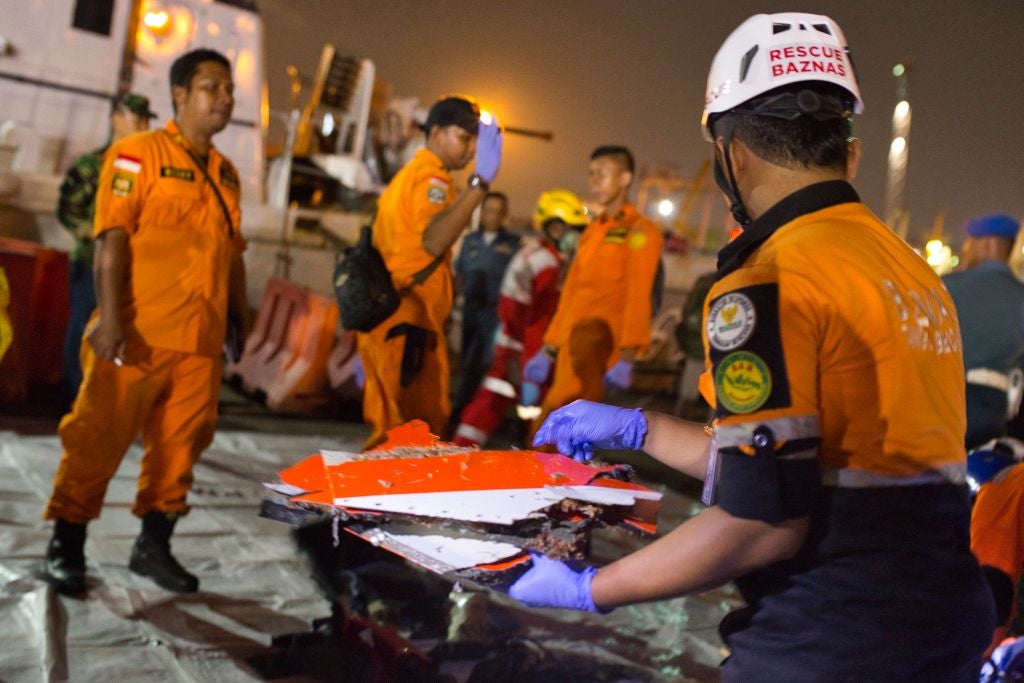 Boeing canceled a much-anticipated conference call scheduled for early Tuesday morning to discuss a controversial stall-prevention system in its 737 MAX aircraft, which it had not previously disclosed to airlines or pilots. The system is thought to have possibly played a role in the fatal crash of Lion Air Flight 610 in Indonesia.

It is not clear why the call was canceled, but a Boeing spokesperson told TPG the company "has been and continues to engage with our customers. We continue to schedule meetings to share information."

Before the call's cancellation came reports late on Monday that Boeing CEO Dennis Muilenburg is internally disputing the fact that the company withheld information about the stall-prevention system. Muilenburg's position directly contradicts statements from Southwest Airlines, which is the largest US operator of the 737 MAX, and American Airlines, which also operates 16 MAX 8s. Both airlines, and their pilots' unions, say they were unaware of the functionalities of the anti-stall system.

In an internal message to Boeing employees on Monday, Muilenburg said reports that the company "intentionally withheld" information on the system from airlines are "simply untrue." "The relevant function of [the stall-prevention system] is described in the Flight Crew Operations Manual, and we routinely engage with customers about how to operate our airplanes safely," Muilenburg wrote in the message, according to The Air Current.

The Chicago-based plane manufacturer has faced backlash from both airlines and pilots when it disclosed the existence of the automatic stall-prevention system on its 737 MAX aircraft in the wake of the Lion Air crash, which killed all 189 people on board in October. In the moments preceding the crash, the 2-month-old Boeing jet underwent erratic changes in speed and altitude before plunging into the Java Sea at such a high speed that some parts of the plane disintegrated into powder upon impact.

The system is meant to stop pilots from angling the aircraft nose too high (which can affect the plane’s speed and lift and cause a stall) by automatically pushing the nose of the plane downward if it senses a stall is possible. But, as Boeing said in a memo after the crash, the system can suddenly push the nose so far down that pilots cannot lift it back up. The system would kick in even if cockpit crews are flying a plane manually and wouldn’t be anticipating a computerized system to take over.

After the crash, both Boeing and the Federal Aviation Administration told operators of the MAX 8 and MAX 9 to add information regarding the anti-stall system to their flight manuals for the aircraft.

“Based on initial information from the ongoing Lion Air accident investigation, the FAA issued an Emergency Airworthiness Directive (AD) ordering operators to revise the airplane flight manual (AFM) to give the flight crew horizontal stabilizer trim procedures to follow under certain conditions,” an FAA spokesperson told TPG in an email last week, referring to the technical terms of how the prevention system works.

Boeing further said in the memo that the stall-prevention system is not mentioned to pilots in the aircraft flight manual because it didn’t think pilots would fly the plane in such a way that the automatic system would ever take over, an aviation expert who has reviewed the memo told TPG.

Pilots for American Airlines and Southwest were told in the memo that the system, officially called a Maneuvering Characteristics Augmentation System (MCAS), was installed “to enhance pitch characteristics during steep turns with elevated load factors and during flaps up flight at airspeeds approaching stall.”

Southwest also told its MAX pilots that in theory, they would never see the system kick in. "Since it operates in situations where the aircraft is under relatively high g load and near stall, a pilot should never see the operation of MCAS," Southwest said in an explainer statement to its pilots, according to the Air Current. "As such, Boeing did not include an MCAS description in its FCOM [Flight Crew Operations Manual]."

Similarly, American says it was previously not informed on how some functions of the system worked. “We value our partnership with Boeing, but were unaware of some of the functionality of the Maneuvering Characteristics Augmentation System (MCAS) installed on the MAX 8,” AA spokesperson Ross Feinstein told TPG in an email. “The work with the FAA and Boeing is on-going, and we will continue to keep pilots informed of any updates.”

There is at least one lawsuit underway on behalf of a deceased passenger of the ill-fated flight. The complaint alleges that Boeing did not sufficiently warn Lion Air or its pilots about the design of the system.

Since Boeing disclosed the existence of the system in memos to airlines, pilots have been reacting with shock and anger.

“We’re pissed that Boeing didn’t tell the companies and the pilots didn’t get notice obviously, as well,” president of Southwest Airlines’ pilot union Capt. Jon Weaks said to the Wall Street Journal. “But what we need now is… to make sure there is nothing else Boeing has not told the companies or the pilots.”