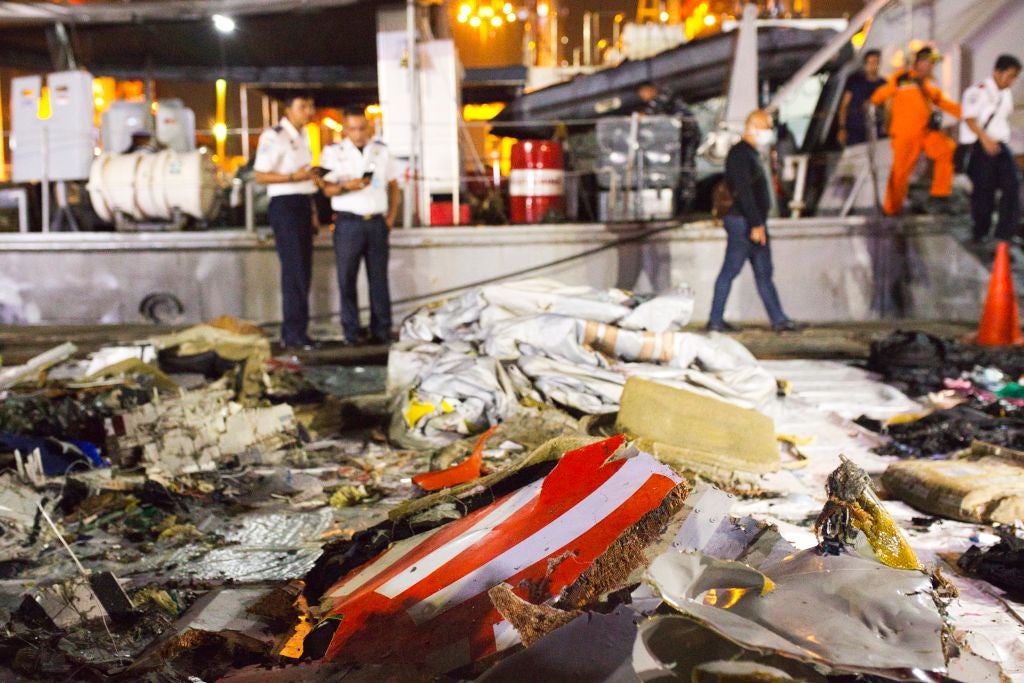 The parents of one of the deceased passengers on fatal Lion Air flight 610 have filed a lawsuit against Boeing, the manufacturer of the plane that crashed on Oct. 29.

The ill-fated flight was operated by a 2-month-old Boeing 737 MAX 8 out of Jakarta's airport (CGK) in Indonesia. The new plane suddenly plunged into the Java Sea 13 minutes after takeoff after experiencing a roller coaster of erratic speed and altitude changes. All 189 people on board were killed.

The crash probe is ongoing, but investigators have so far determined that there were issues with the plane's airspeed indicator and another sensor that reports the angle of the plane's nose to the cockpit crew. These instruments might have reported erroneous data that could have activated an automatic anti-stall system on the aircraft, which Boeing did not tell pilots or airlines about. That stall-prevention system was reportedly intended to keep pilots from raising the plane's nose to dangerous levels by automatically pushing the nose down.

Boeing said in a memo to 737 MAX 8 operators that the system can suddenly push the nose so far down that pilots cannot lift it back up. The system would kick in even if cockpit crews are flying a plane manually and wouldn’t be anticipating a computerized system to take over.

The lawsuit alleges that Boeing did not sufficiently warn Lion Air or its pilots about the design of the system. The suit was filed Thursday in the Circuit Court of Cook County, Illinois, where Boeing is based, on behalf of Dr. Rio Nanda Pratama, who was flying home from a medical conference to be married this week, according to his parents' lawyers from the Florida-based firm Colson Hicks Eidson.

Although the latest information makes it seem like Boeing could be solely at fault, that is not necessarily the case, aviation lawyers say.

"More than one party can be responsible for event," says Chicago-based aviation attorney Thomas A. Demetrio, who has handled high-profile cases such as United Airlines dragging passenger Dr. Dao off its plane. "If you're a passenger on airplane, the airline has the highest duty of care for your safety. But products can fail."

"If estates can establish Boeing’s failure to properly inform the airlines and the pilots of the safety system and how to react to it; if that is the cause of the crash, then the passenger [and their family] has cause of action against Boeing and possibly the airline," he explains.

Demetrio also says any case that goes to trial will have to examine Lion Air's maintenance record with the 737 MAX 8 that went down.

"Prior to this fateful flight, were there problems with this particular plane that the airline didn’t address?" he asked. "All of that will be sorted out eventually." Investigators have uncovered that one of the faulty instruments that reports the plane's nose position, called an angle of attack sensor, was replaced just before the fatal flight because the preceding flight had similar issues with erratic altitude. Maintenance workers had then declared the plane airworthy, but additional details regarding the instrument's replacement and the plane's overall maintenance history remain unclear.

And even though the investigation is ongoing, Demetrio says it is smart to file a lawsuit now, so key evidence can be preserved by legal order. "Getting a case on file and in suit means courts can issue protective orders over correspondence or other evidence that could disappear," he says. "That’s the No. 1 benefit to getting a suit filed sooner."

Demetrio, who has practiced aviation personal injury law for decades, says he has never seen a legal case with a manufacturer withholding information about a plane's safety system like this. Although, some aviation experts say the practice is not entirely unheard of in the engineering of commercial passenger planes, especially as aircraft become more and more computerized.

"Airbus does say there are things pilots don’t need to know," aviation expert and author of "The Crash Detectives" Christine Negroni told TPG in an interview earlier this week. "That is a distinct philosophy." Airbus and Boeing have total identity differences when it comes to engineering aircraft, she says. Airbus makes the "pilot proof airplane," with more of an emphasis on computers and automatic systems. While Boeing's philosophy has traditionally been that the pilots are the last decision makers operating the aircraft.

That philosophy seems to have changed with its 737 MAX 8.

"What it shows is for the improvements, there are downsides. When you do over-automate the airplane, pilots become confused," Negroni explains, noting that this is especially true for Boeing pilots with the anti-stall system, who would be used to having more manual control over the plane if they chose to.

When asked for comment on the lawsuit, Boeing referred TPG to its existing statement on the crash. “We are deeply saddened by the loss of Lion Air Flight JT 610,” Boeing’s emailed statement read. “We extend our heartfelt condolences and sympathies to the families and loved ones of those on board. We are taking every measure to fully understand all aspects of this incident, working closely with the investigating team and all regulatory authorities involved,” the statement said, adding that “safety remains our top priority and is a core value for everyone at Boeing.”

H. Irianto, the father of Dr. Rio Nanda Pratama, said he was filing the suit on behalf of his son so a similar crash could be avoided in the future. “All of the families of the victims want to know the truth and causes of this tragedy," he said in a statement. "[The] same mistakes must be avoided in the future, and those responsible must be brought to court. I seek justice for my son and all of the people who lost their lives in the crash.”