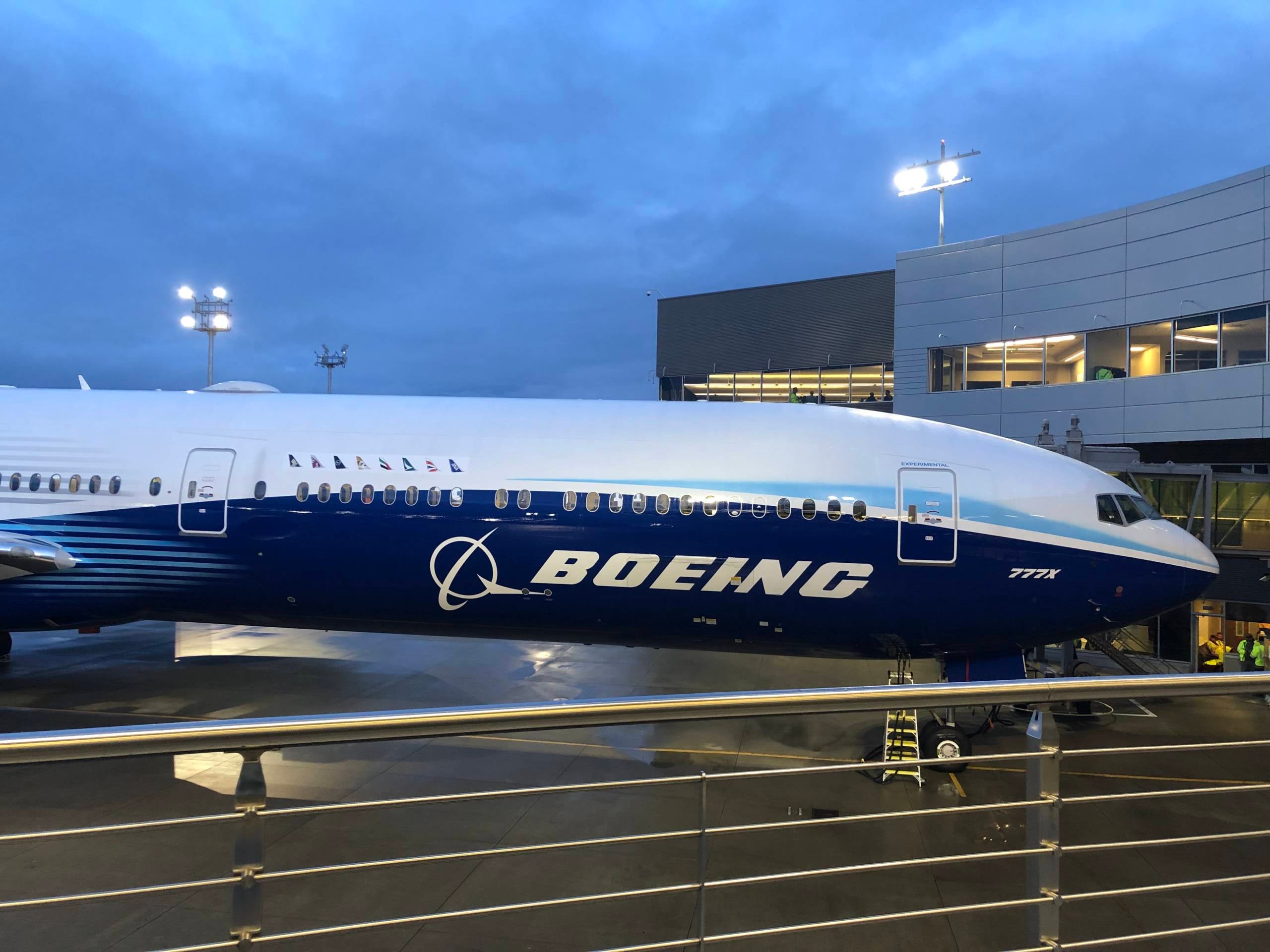 Boeing 777X first flight delayed again
This post contains references to products from one or more of our advertisers. We may receive compensation when you click on links to those products. Terms apply to the offers listed on this page. For an explanation of our Advertising Policy, visit this page.

The first flight of the 777X was initially scheduled for Thursday morning, but was postponed to Friday due to weather. On Friday, the plane, a dash-9 variant of the new generation of 777, teased a crowd of journalists, Boeing employees and VIP guests for hours, but never made it off the ground.

It turns out, a rainbow that touched down on the runway shortly before the plane pushed back was not a good sign after all.

The jet — the biggest twin-engine airplane ever made — taxied out at Paine Field around 9:50 a.m. Pacific time. It passed the crowds of onlookers who had come to witness the start of this next chapter for Boeing with its signature wingtips folded up. When it reached position, the tips folded down, and then the 777 held short of the runway.

A variety of general-aviation planes and Boeing jets acted as secondary entertainment as the crowd was pelted by rain and blown around on a berm near the runway by strong winds.

That wind, ultimately, is what caused this latest delay for the 777. (The project had previously been delayed by issues with the GE engines it uses.) The plane had to take off toward the north so it wasn't flying over populated areas, and the wind was blowing out of the south, meaning it was a strong tailwind for the new jet. And airplanes take off into the wind.

While waiting for the 777, avgeeks in the crowd got to see some 747 "Dreamlifters" take off and land.

And, an especially rare sight these days: a 737 MAX came in for landing. A Boeing spokesman said the planes are still being moved for storage even as the grounding of the aircraft persists.

All the other planes at Paine Field Friday were taking off and landing toward the south — into the wind.

At 1:30 p.m. Pacific time, after the crowd had gotten soaked by rain and had time to dry in the wind, Boeing finally announced that the weather would not improve enough for the first flight to take place Friday, and it was officially postponed. A new date has not yet been announced, but the plane may take to the skies as soon as Saturday, weather permitting, of course.

For Boeing, the 777X takeoff will present an opportunity for the company to turn a new leaf as the 737 MAX grounding has weighed on its reputation.

When it comes into commercial service, the new generation of the 777 will be able to carry more than 400 passengers, and in a briefing with journalists before the flight, Boeing representatives said they saw promise in the jet's future as many airlines will likely be renewing their wide-body fleets in the coming years.

Featured image by A 777-9 at the Boeing Delivery Center. (Photo by Zach Wichter/The Points Guy.)