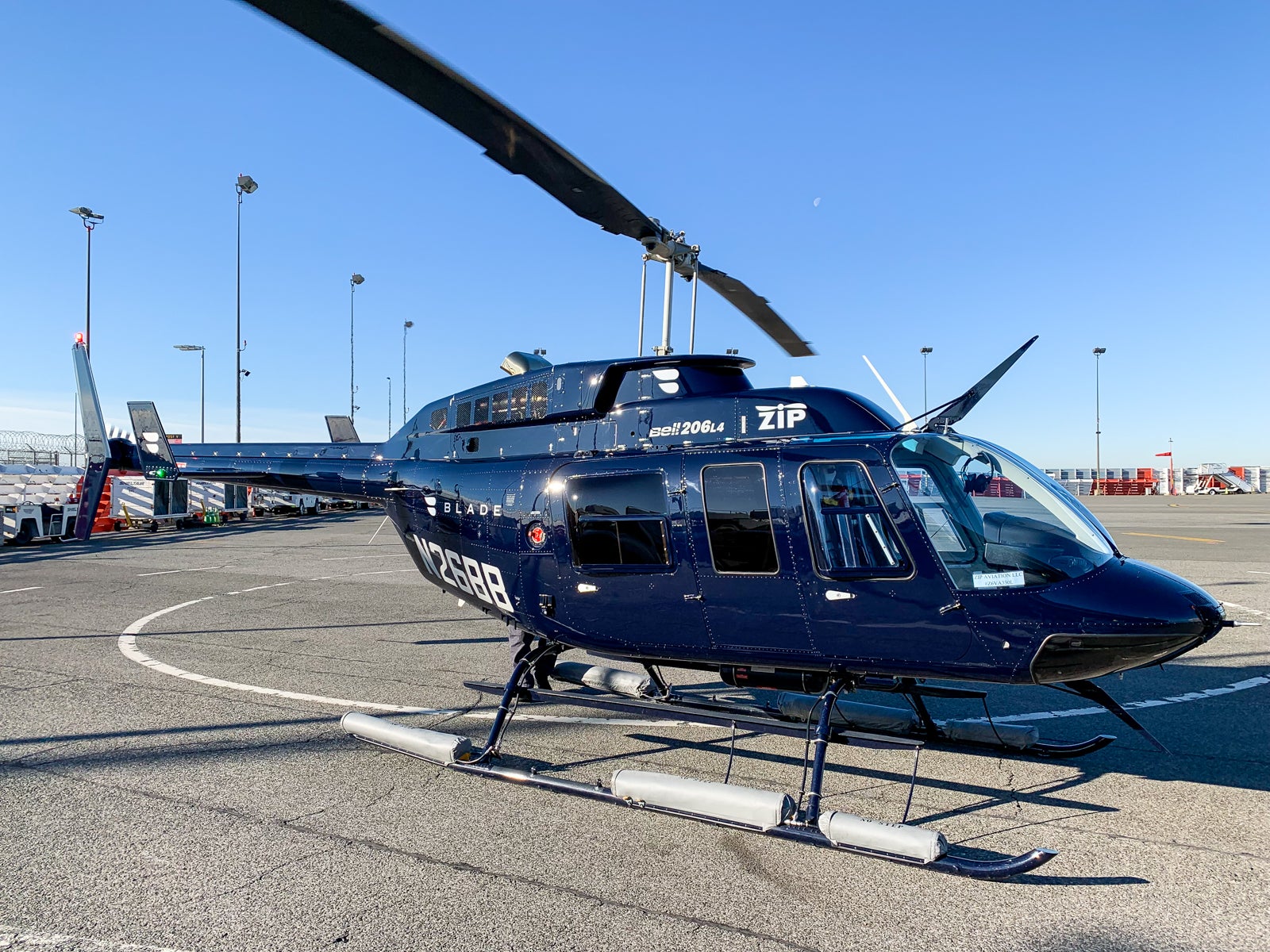 A passenger helicopter, which ferries flyers from Manhattan to New York City's airports and to the Hamptons for the company BLADE, plunged into the Hudson River on Wednesday afternoon.

The New York Fire Department confirmed that there were no passengers on board, only the pilot, who survived the incident. The helicopter is owned and operated by Zip Aviation. It operates flights for BLADE.

Unconfirmed video of the incident on social media shows the helicopter struggling to stay in the air, circling as it drops closer and closer to the water's surface and eventually plunging into the river.

The Federal Aviation Administration also confirmed that the Bell 206 helicopter went down at 2:06 p.m. ET on Wednesday near 12th Avenue and West 34th Street, The New York Post reports.

A BLADE spokesperson told TPG that the incident was a "safe emergency landing."

"Earlier today, a helicopter made a safe emergency landing on floats in the Hudson River near the heliport," the spokesperson said in an email. "There were no passengers on board. The pilot was not injured and immediately exited the aircraft. The helicopter was being repositioned to the West Side Heliport for fueling by the operator, Zip Aviation, and was not servicing a Blade mission."

"Because there were no injuries, the incident is being treated as an emergency landing and NTSB (National Transportation Safety Board) will not be investigating," the BLADE statement continued. "All Blade services are operating normally."

Update: The National Transportation Safety Board has now stated that there will be an investigation into the accident since the helicopter was, "significantly damaged."

The FDNY said the pilot was "on land," but conflicted BLADE, saying the pilot sustained non-life-threatening injuries. A bystander onshore also had minor injuries from flying debris, according to a tweet from the fire department.

*This post has been updated with BLADE's statement to TPG.