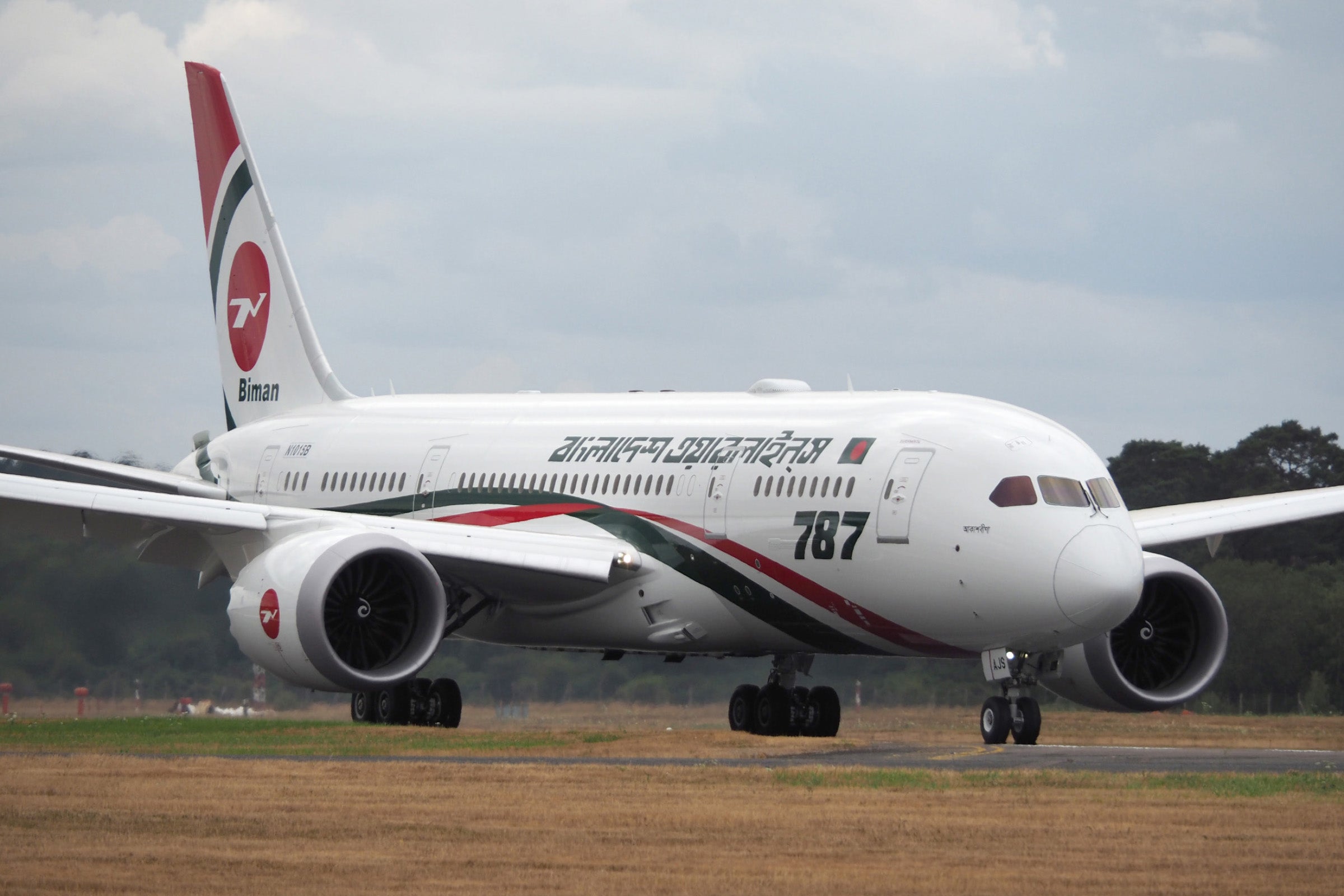 You'd be forgiven for having never heard of Biman Bangladesh. I only became familiar with the carrier when it operated the world's last McDonnell Douglas DC-10 passenger flight, from Dhaka (DAC) to Birmingham, England (BHX) back in 2014.

Now, Biman is turning a new leaf, replacing its since-retired wide-body workhorses of yesteryear with one of the world's most advanced passenger jets: the Boeing 787-8.

Biman had the distinct honor of being the customer of choice for Boeing's static and flying displays at this year's Farnborough Air Show, giving me an opportunity to tour an aircraft I'll likely never step foot on again. While Biman once operated flights to the United States, it discontinued its one-stop New York (JFK) to Dhaka (DAC) service in 2006.

While the 787-8 could theoretically make the trip without a stop, the airline's limited fleet and network would make Biman an unusual choice for customers flying beyond Bangladesh. Still, since some TPG readers will certainly have an opportunity to fly this new plane between Dhaka and Singapore (SIN) and Kuala Lumpur (KUL), its first two destinations, I decided to share some photos and video from my tour here in the UK.

While some carriers, such as American Airlines and Singapore offer 1-2-1 seating on the 787 Dreamliner, many continue to opt for a less-than-ideal 2-2-2 arrangement, as I recently experienced on LOT's brand-new 787-9. That's the case for Biman as well, which picked Stelia Aerospace's Equinox 3D seat — but fortunately not the especially odd version you'll find on Royal Air Maroc.

There are a total of 24 seats, spread across four rows between doors 1 and 2.

Window-seat passengers will have a great view through the Dreamliner's electronic-dimming windows, but they'll also need to step over their seat mate to get in and out.

The seats are also a bit awkward in lie-flat mode, since they recline downward — once fully flat, you're almost flush with the floor.

Center seats do offer direct aisle access, though, so if you're flying alone I'd opt for one of those.

Biman has two large economy cabins on the 787-8, with seats in a standard 3-3-3 arrangement.

The seats seemed comfortable — they'll more than suffice for the four-hour flights to Singapore and Kuala Lumpur, and potentially longer routes, like Dhaka to London Heathrow (LHR), which clocks in at about 11 hours from gate to gate.

Each seat has an on-demand entertainment system — surely an improvement over the version installed on Biman's other planes.

Bulkhead seats offer the most space, but you'll be stuck with a fold-out display, which can get in the way and can't be used during taxi, takeoff and landing.

Standard Dreamliner lavatories are available as well — they're decently spacious, and offer automated toilets and sinks.

While it seems unlikely at this point, given Biman's limited network and JFK's heavy slot controls, perhaps we could one day see this 787-8 Dreamliner in New York City or another city on the US East or West Coast.

For now, confirmed destinations are limited to Singapore and Kuala Lumpur, and so far only from September 1 through October 15, 2018, although flights on those dates are still showing a 737 assigned.

Fares to both destinations are reasonable, however, at about $300 for round-trip economy and $600 for lie-flat business class, giving enthusiasts an opportunity to experience these new products on a roughly 4-hour trip.