Northern lights cruises: A guide to chasing the aurora borealis at sea

Articles
Fran Golden is an award-winning cruise journalist whose work regularly appears in Bloomberg, Travel + Leisure, Afar and other travel outlets. She is the author of several cruise and travel books, including “100 Things To Do In Alaska Before You Die." Fran lives in Cleveland, Ohio. Although fond of lake Erie, her first love is the sea.
July 24, 2022
•
7 min read 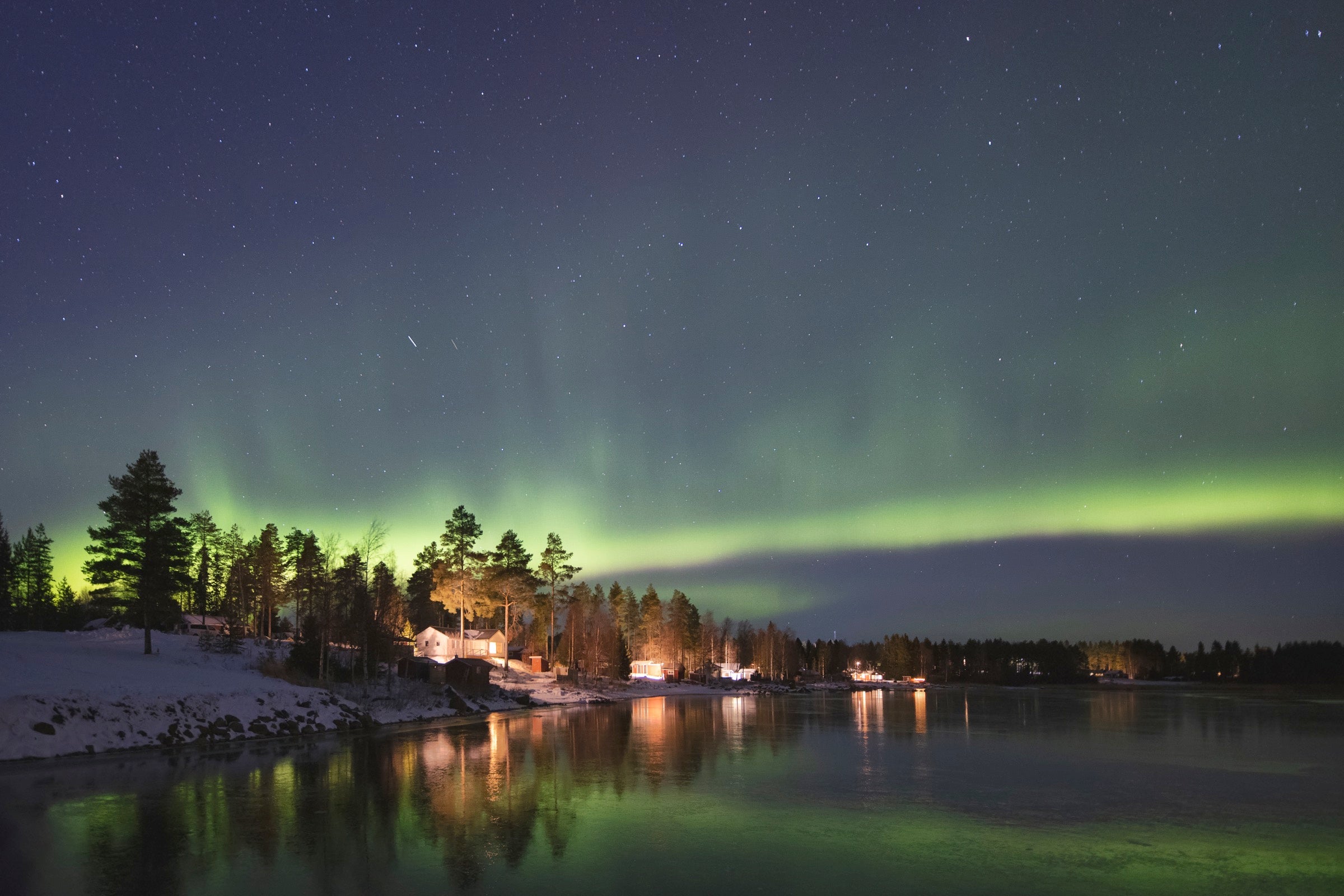 Witnessing the elusive northern lights flickering across the sky may cause you to gasp, because, take it from me, it’s that cool. The colorful ribbons of green and other hues look like something from outer space — and they are. Auroras appear when charged particles collide with Earth's atmosphere.

Seeing the ethereal display, also known as the aurora borealis, is a bucket list experience for many travelers. And cruise ships can get you to destinations where your chances of catching Mother Nature’s special light show are improved.

Just remember that seeing these lights doesn’t involve a cruise director flipping on a switch. Seeing the northern lights in their prime requires clear and dark skies, sometimes late-night viewing hours, enough solar activity for the colors to appear and a big dose of luck. Keep all that in mind before you place all your cruise vacation hopes on this one experience.

Where can I see the northern lights on a cruise?

The lights are best viewed in the Northern Hemisphere and especially in locations on the so-called auroral oval, a ring zone over the polar regions. In cruising terms, that means prime viewing is in such places as northern Alaska (which is easily accessible on cruise tours), Norway, Iceland, Arctic Canada and parts of Greenland.

Just off the auroral ring is the rest of Alaska. If you are on a cruise in the Inside Passage before April 21 or after Aug. 21 and are willing to be awake in the middle of the night (the lights tend to appear in Alaska after midnight) there’s a chance you’ll see the aurora borealis.

Knowing the northern lights are good marketing, cruise lines operating in Alaska, such as Holland America Line, Princess Cruises and UnCruise Adventures, have northern lights signup sheets so that you don’t have to stay up all night, every night hoping to see the phenomenon. Simply put your name on the list and you’ll get a wake-up phone call or knock on your cabin door should there be aurora action. Just plan to put on your clothes or bathrobe quickly — the lights may only appear for a few minutes, or they may last considerably longer.

Related: Northern lights viewing season is back: Here are the best places to see them

Where to see the northern lights outside Alaska?

With its Arctic location, Alta, Norway, calls itself “The City of Northern Lights.”

Alta’s credentials include the fact that the world’s first permanent observatory for viewing the phenomenon was built there in 1899. There’s a whole industry centered around the lights, including such extravagant shore excursions as an overnight in a teepee with viewing windows at a Sami dogsledding camp. Alta is also home to the Northern Lights Cathedral, an architectural landmark.

Cunard, P&O Cruises and Princess Cruises are among the lines that visit northern Norway in the fall, though keep in mind that the peak viewing season is November to March. Viking visits in the winter (see below).

Iceland, Greenland and Arctic Canada are visited by some expedition ships during northern lights season (though mostly early in the season in August and September) by such brands as Quark Expeditions, Aurora Expeditions and Lindblad Expeditions.

Do cruise tours in Alaska improve my chances of seeing the lights?

Cruise tours in Alaska can improve your odds of seeing the auroras because they get you to Fairbanks and other inland destinations in Alaska that tend to have more cloud-free skies than in the Southeast Passage, where cruise ships sail.

While you may see the lights from Denali National Park and Preserve during the viewing season, Fairbanks and points farther north are where you can really increase your odds.

Fairbanks tourism folks like to brag that if you visit for at least three nights between April 21 and Aug. 21, your chances of seeing the aurora borealis are more than 90%. (That assumes you are out actively looking during the late evening hours.)

Since your cruise tour may not visit for three nights, consider booking extra hotel nights before or after your cruise. Other things to do in this laid-back city (human population: about 100,000; moose population: 16,000) include riverboat tours, gold panning and yoga with reindeer.

You can also see the lights in Canada’s Yukon, including in the gold rush town of Dawson City, which is visited on some Holland America Line cruise tours.

Related: Your odds of seeing the northern lights in Alaska are good this winter — here’s why

When can I see the northern lights on a cruise?

Because of the late-setting and early-rising Midnight Sun, it’s way too light during the summer to see the northern lights in the destinations mentioned, though solar activity takes place year-round.

If you have a goal of seeing the aurora borealis in any of the destinations mentioned here, you are best off booking as far into the fall as you can find a cruise. Norway is the only prime northern lights destination with winter cruises.

As mentioned, the lights like to appear in the wee hours — particularly between 11 p.m. and 3 a.m. — in Alaska. An advantage in Norway is it’s dark enough to see them for a longer period of time as you get into the fall and winter.

Related: What’s the best way to view the northern lights? We tried to see them by air, land and sea

Should I go on a cruise just to see the northern lights?

Yes, but remember the qualifier that the phenomenon is weather dependent (clear skies required) and otherwise hard to predict when the lights will appear (though scientists have tried).

Viking does wintertime cruises to Norway, from London (Tilbury), that are specifically designed to track the lights in the Norwegian Sea during peak viewing season – throughout the cruise but especially above the Arctic Circle in Tromso and Alta (where the sailings stop overnight). It’s very dark in these locales in winter, increasing your chances.

Hurtigruten is so sure you will see the lights on the October through March sailings of its year-round 11- and 12-day Norwegian Coastal Express itineraries that the company has a guarantee called the Northern Lights Occurrence promise. The “occurrence” is defined as the deck’s officers announcing to all on board that the northern lights are happening. If they don’t, you can get a six- or seven-day Norwegian Coastal cruise for free.

Related stories
Legislation that could gut credit card rewards set to move through Congress
Would you stay at 1 of these 8 haunted hotels this Halloween?
Southwest winter flash sale: Get one-way flights for as low as $29
You can currently buy points and miles with up to a 100% bonus — but should you?
Featured image by (Photo by Cavan Images/Getty Images)
Editorial disclaimer: Opinions expressed here are the author’s alone, not those of any bank, credit card issuer, airline or hotel chain, and have not been reviewed, approved or otherwise endorsed by any of these entities.