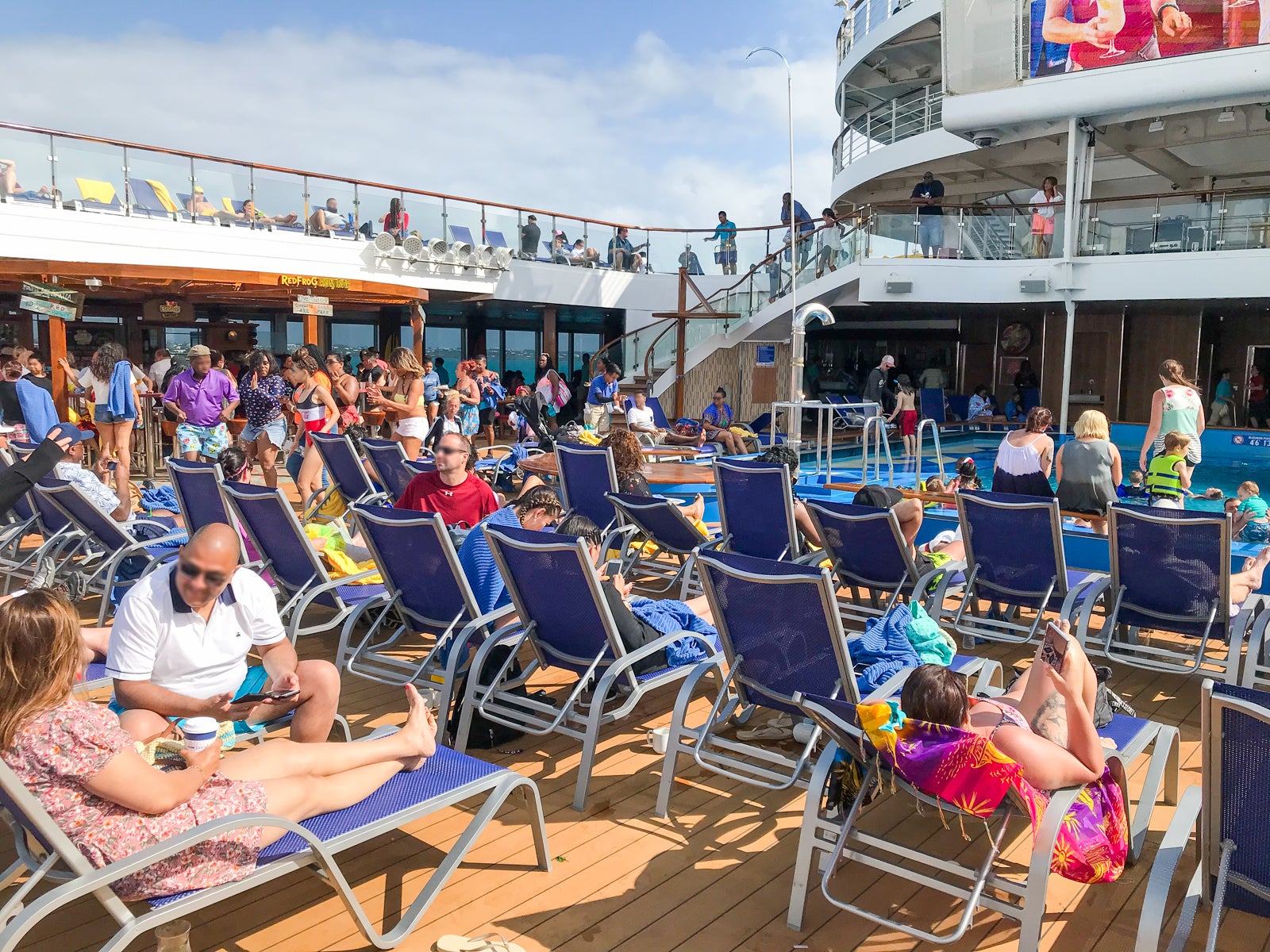 You Can Have a Beer (and Pizza) Delivered to Wherever You Are on a Carnival Ship
This post contains references to products from one or more of our advertisers. We may receive compensation when you click on links to those products. Terms apply to the offers listed on this page. For an explanation of our Advertising Policy, visit this page.

As cruising regulars know, there's no shortage of places to grab a beer on a Carnival Cruise Line ship. The self-described "Fun Ship" line has so many bars on its vessels that at times, they're nearly touching each other.

But for those of you who just can't stand to lose a minute in the sun, there's now a new app-based service on the line's ships that will let you order a brew right to, well, wherever it is you happen to be standing (or lounging).

Available to users of the line's 4-year-old HUB App, the new service does come with a caveat: To get the beer, you’ve got to order a pizza, too. The service is an expansion of the app-based “Pizza Anywhere” program that the company has been rolling out across its fleet since last year.

After choosing one of the five types of pizzas that are available for delivery anywhere on a Carnival ship (at a cost of $5 per pie), Carnival cruisers are now being asked if they would like a beer, too, or one of five nonalcoholic beverages. You can order just one of the drinks, or several of each.

“The drinks delivery feature … provides for convenient delivery of beverages so guests can have more time enjoying their cruise,” Gulliksen said.

What if you just want a single beer for you — or half a dozen for your whole group? For now, drink-only orders aren’t part of the service. But we’re guessing Carnival fans will pick up on the obvious hack: Just order a pizza with every round of drinks even if you don’t want it, and give it away to the nearest hungry-looking person. At $5 a pie, such a strategy isn’t going to break the bank, and that famished family in the lounge chairs next to you is going to love you for it.

Compared to the wide range of beers that can be found in many Carnival ship bars (including private-label craft beers that recently rolled out fleetwide), the options for the sudsy stuff through the HUB App are a bit skimpy. For now, there are just three choices: Peroni, Miller Lite and Blue Moon. The nonalcoholic drinks available are Coke, Coke Zero, Diet Coke, Diet Sprite and bottled water.

The good news is prices for all the drinks are the same as what you would find if you walked over to a Carnival bar, and there is no delivery charge (other than the cost of that pizza that you may be planning to offload). Beers on Carnival ships range from $5.95 to $6.50, not including the automatic gratuity of 18% that is added to all bar bills on Carnival ships. Sodas are $2.50. Bottled water is $1.25.

The cost of any pizzas and drinks you order using the HUB App will be automatically applied to your final bill for the cruise (so, yeah, be careful not to make a “fat finger” mistake).

Now for the big question: How does the delivery guy or gal with the beer find you? The answer is a bit high-tech, a bit not. During the order process, you tap on a ship map on the app to mark your location, but you also snap a selfie that will help the server track you down. In the end, it comes down to someone wandering around with your picture looking for you.

For now, the add-on drink feature only is available on four of Carnival's 26 ships: Carnival Conquest, Carnival Glory, Carnival Liberty and Carnival Sensation. But it's quickly rolling out across the fleet and should be on all Carnival ships in the next few months, according to the line.