Articles
Emily McNutt is The Points Guy's Global News Editor and is based in London.
Follow
Feb. 18, 2019
•
7 min read 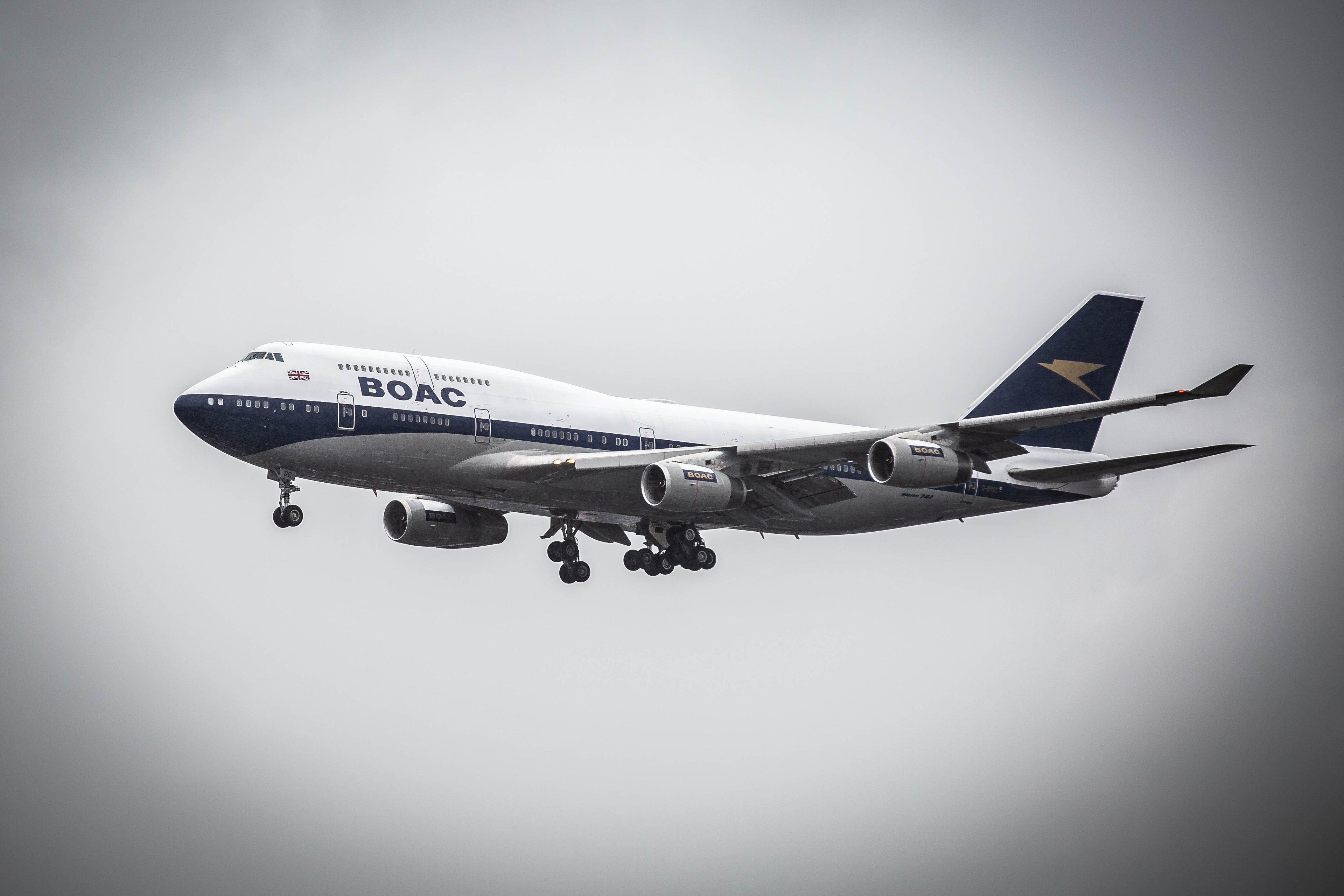 British Airways Takes a Step Back in Time to Welcome Boeing 747-400 With BOAC Livery
This post contains references to products from one or more of our advertisers. We may receive compensation when you click on links to those products. Terms apply to the offers listed on this page. For an explanation of our Advertising Policy, visit this page.

British Airways revealed on Monday a stunning airplane, a Boeing 747-400 outfitted in the livery of the airline's predecessor, British Overseas Airways Corporation (BOAC). The jet, which BA showed off at one of its hangars at London Heathrow Airport, will retain the retro livery until it's retired in 2023.

The retro paint job was first announced by BA in January as a way for the airline to celebrate its 100-year anniversary. Since then, the aircraft received its new paint job in Dublin. On Monday morning around 9:15am local time, the 747, registered G-BYGC, departed from Dublin (DUB) for its home base at Heathrow (LHR).

No passengers were on board the one-hour, seven-minute flight. While the 20-year-old aircraft left a sunny Dublin, it was welcomed to London with rain.

The weather didn't keep the excitement level among crew — both current and former — and spectators down. Former BOAC flight attendants, and current crew showed off the retro uniforms from the BOAC days, which were taken out of storage for the special occasion.

British Airways' Heritage collection also brought in some of the literature used in the days when 747s were operating with BOAC. From dinner menus to inflight entertainment catalogues and even newspaper clippings, the 747 has played a significant role in the history of the airline. (BA hasn't changed anything on this Jumbo Jet besides the colors; inside, the seating is the same as all other British Airways 747s in first class, comparatively unexciting business class, plus premium economy and economy.)

The aircraft's shiny new paint job features the classic BOAC block letters. The navy color extends from the nose, streamlining to a narrow line around the back of the aircraft. Each of the four engines is adorned with the BOAC lettering in a gold color, matching that on the Speedbird on the tail. ("Speedbird" is, to this day, the radio call sign of British Airways planes.)

Monday's arrival of G-BYGC in its new livery coincides with the 50th anniversary of the Boeing 747's first flight. It also comes at a special time for British Airways, specifically, as it celebrates its 100th anniversary.

British Airways currently flies a livery known as Chatham Dockyard. The BOAC livery flew between 1964 and 1974, when BOAC and British European Airways were merged into BA.

Currently, British Airways has 34 Boeing 747-400s in its fleet, making it the world's largest operator of the aircraft.

Tuesday, G-BYGC will fly its first revenue flight in the retro paint job from London (LHR) to New York (JFK) as BA117. The aircraft will turn around on the same day and head back to London as BA172.

Following its LHR-JFK routing, the aircraft will fly BA295 from London (LHR) to Chicago (ORD) on Feb. 20, with a same-day turnaround as BA294 back to London.

As BA phases out the Queen of the Skies, it's giving passengers the chance to fly on the aircraft one last time in a real blast from the past. As its fellow superjumbo jet, the Airbus A380, begins to fade, the days for passengers to take a ride on a double-decker aircraft are numbered. For AvGeeks, the memory of the days of BOAC and when the 747 was brand new live on — at least for now, through special liveries like this.