Avianca Canceled My Flight, Flew It Anyway, and Never Told Me 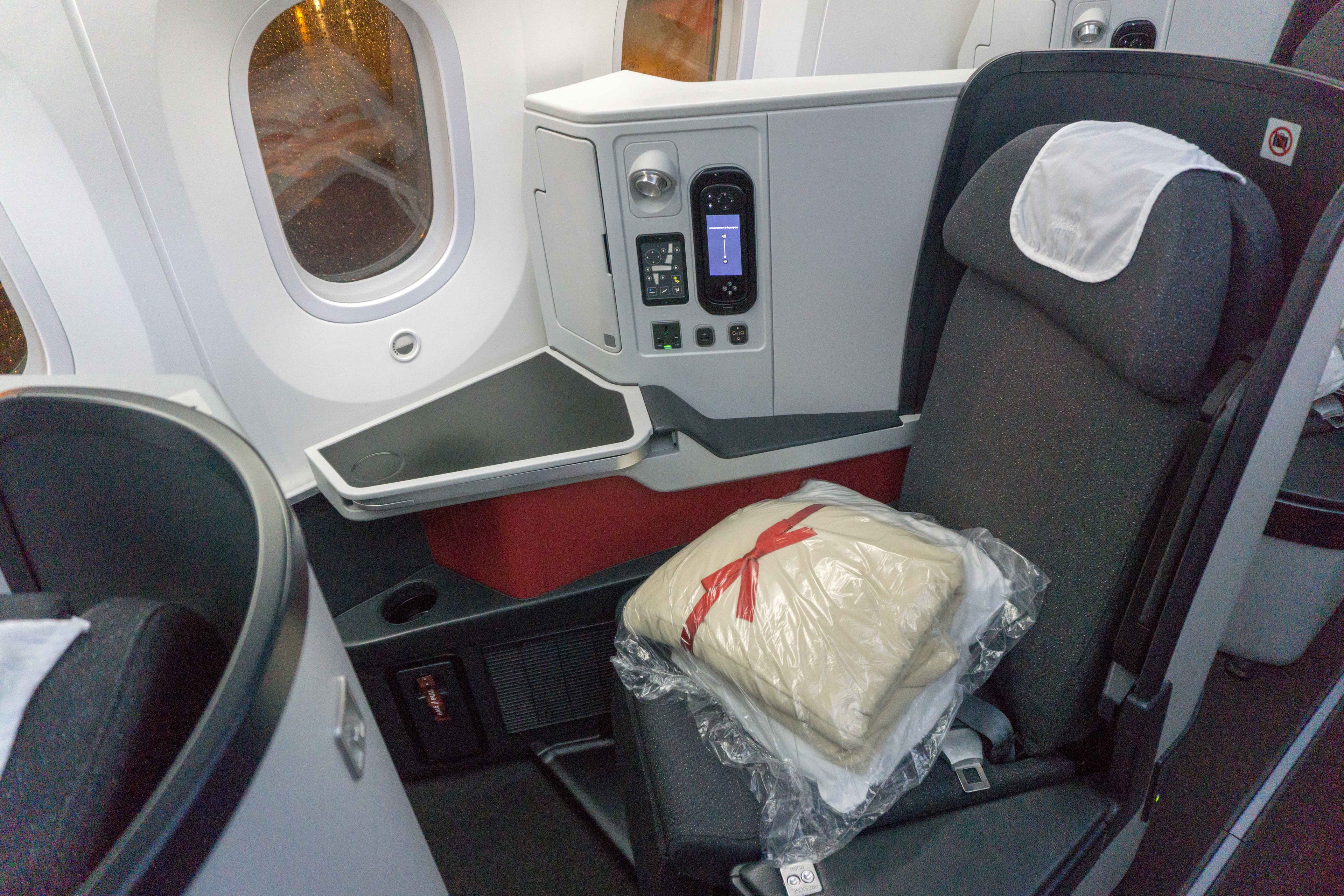 Avianca Canceled My Flight, Flew It Anyway, and Never Told Me
This post contains references to products from one or more of our advertisers. We may receive compensation when you click on links to those products. Terms apply to the offers listed on this page. For an explanation of our Advertising Policy, visit this page.

For years, I've heard mixed reports about booking travel through Avianca. The airline offers phenomenal sales on the purchase of frequent flyer miles in its LifeMiles program, and as a member of the Star Alliance, that meant opportunities to book premium-cabin awards on a range of top airlines at a fraction of the usual cash price, such as one-way North America to Europe for 87,000 miles in Lufthansa first class.

For me, there was always one big holdup, though, which has kept me from taking advantage of these otherwise irresistible LifeMiles deals — and, for years, even publishing news about the mileage sales on this site, given the challenges readers had experienced in the past.

The issue has to do with the human element of the airline's otherwise incredibly appealing redemption opportunities. Richard Kerr sums it up best in his post Everything You Need to Know About Avianca Lifemiles:

"Calling Avianca for anything is extremely painful, so always try and book online first. The call center employees’ English isn’t always great, hold times are long, and agents are ill-trained in partner bookings."

I ended up spending an hour on the phone with Avianca's call center this Sunday, and while the agent and supervisor both had a solid command of the English language, their solutions — and approach — left me with no desire to do any business with the airline again.

Avianca has made a name for itself among frequent travelers — not for its new planes or exceptional service, but rather for the carrier's unexplained (and often quite lengthy) delays, and poor customer service, often related to its call center and phone agents.

For that reason, I had done my best to avoid traveling on Avianca myself — that is until JT Genter and I came across Avianca's new business-class seat, available on the 787 and a small number of A330s. It's a solid lie-flat biz product — similar to the reverse-herringbone model you'll see on a handful of other carriers, including American and Cathay Pacific.

Just a couple weeks after seeing the seat in Berlin, an incredible fare popped up between New York and South America — I would be able to review the new A330 seat for $758, including round-trip flights between JFK Airport and Lima, Peru (LIM). TPG paid with American Express Membership Rewards points, and after his 50% Pay With Points rebate as a Business Centurion cardholder, the trip ended up costing just 37,900 points.

Even better, I built the itinerary to include a 22-hour stop in Quito, Ecuador (UIO) and a full day in Bogota, Colombia (BOG) on the return — two cities I've been wanting to visit.

In total, I ended up with nearly 7,400 miles in business class for 37,900 Amex points — not bad at all! And since it was a revenue ticket, I'd be earning about 7,400 redeemable and Premier Qualifying Miles with United, helping get me closer to requalifying for Premier 1K status.

JT ended up booking a similar deal, but didn't seem thrilled with his Avianca experience overall. Still, I was hoping to luck out with on-time departures and friendly staff — plus an opportunity to experience the new seat on both Avianca's A330 and 787 Dreamliner.

While I wasn't originally booked on the 787, I was very pleased to see that it had been assigned to my BOG-LIM leg a few weeks ago. I selected a seat in the smaller rear cabin and didn't revisit the booking until a couple days before departure.

That's when I noticed that my A330 with the new 1-2-1 seats had been replaced by the older 2-2-2 configuration. Since part of my goal was to review the new A330 seat, this change was far from ideal. I checked the aircraft assigned to the next day's flight, hoping to switch to that, instead, but it had also been replaced by the older plane. So rather than write the intended review, I decided to prepare a post detailing my cheap business-class experience overall — a decent compromise considering the incredible deal.

Eager to begin my adventure, I used Avianca's app to check in on Sunday morning, 24 hours before my departure to Bogota. That's when I came across the following message, and an entirely new itinerary:

I hadn't been notified by email or phone, and Amex, my travel agent for this itinerary, didn't receive any notification, either. Had I not gone to check in online, I would have ended up even more frustrated, despite being rebooked on an itinerary that left three hours later.

So I followed the airline's instructions and gave Avianca's US number a call. Of course, it would have been more helpful for the carrier to provide the number for me, but it didn't take more than a few seconds to dig it up. What did take forever, however, was the phone call itself. One call took 51 minutes, in fact, and left me back at square one.

An agent picked up quickly, but she couldn't find suitable alternatives. Fortunately, I had come prepared with a suggestion of my own — to rebook me on the nonstop from Newark (EWR) to Lima (LIM), operated by Avianca partner United. The agent refused to utilize any other carrier — even a partner — but we both held our ground, and I ended up chatting with a supervisor.

Ultimately, I was unsuccessful, and in the end I was given these three options:

I thanked the supervisor for her time and gave Amex a call, rather than accepting one of the options above. After a couple hours of back and forth — the Amex agent had a hard time getting through to the airline, apparently — we ended up with the same options Avianca had presented to me directly. With less-than-ideal alternatives, I decided to cancel for a full refund.

I've heard plenty of examples of Avianca substituting aircraft at the last minute, and delaying or canceling flights, so it hadn't occurred to me that the flight might still go out...

...until I plugged the number into FlightAware to pull up recent on-time statistics. And there I saw it — Avianca 21 wasn't canceled at all; in fact, it was en-route and scheduled to arrive just a few minutes behind schedule.

That perhaps explains why the Avianca agent was unable to explain the delay when I asked, and asked again. She dismissed the question and focused on getting me rebooked. My guess is that she knew the true reason for my "cancellation," but didn't want to admit that business-class had been overbooked, which led to me getting bumped.

From what I can tell, my plane was downgauged from the older 2-2-2 A330-200 to the new 1-2-1 configuration I had originally booked, and some passengers needed to get bumped. Rather than explain that, and risk having me insist on being put back on the flight, I was offered two far less appealing alternatives.

I'm definitely not alone, it seems:

Aircraft swaps happen, and that appears to be what resulted in my changed itinerary here. Rather than say that my flight was canceled, however, the airline should have explained that the flight was overbooked, and should have rebooked me on the United nonstop, even if that meant paying for the new ticket. Telling a customer that a flight was canceled and then operating it anyway is inexcusable.

It's going to take an awful lot for Avianca to regain my trust. Following this experience, plus the countless reports of incredibly long delays I've read online, I can't possibly recommend booking a trip with this airline. I'm also going to continue my streak of avoiding the carrier's mileage discounts — my call center experience was just as others have described, and it's just not worth the risk of having to call in to change or redeposit an award.