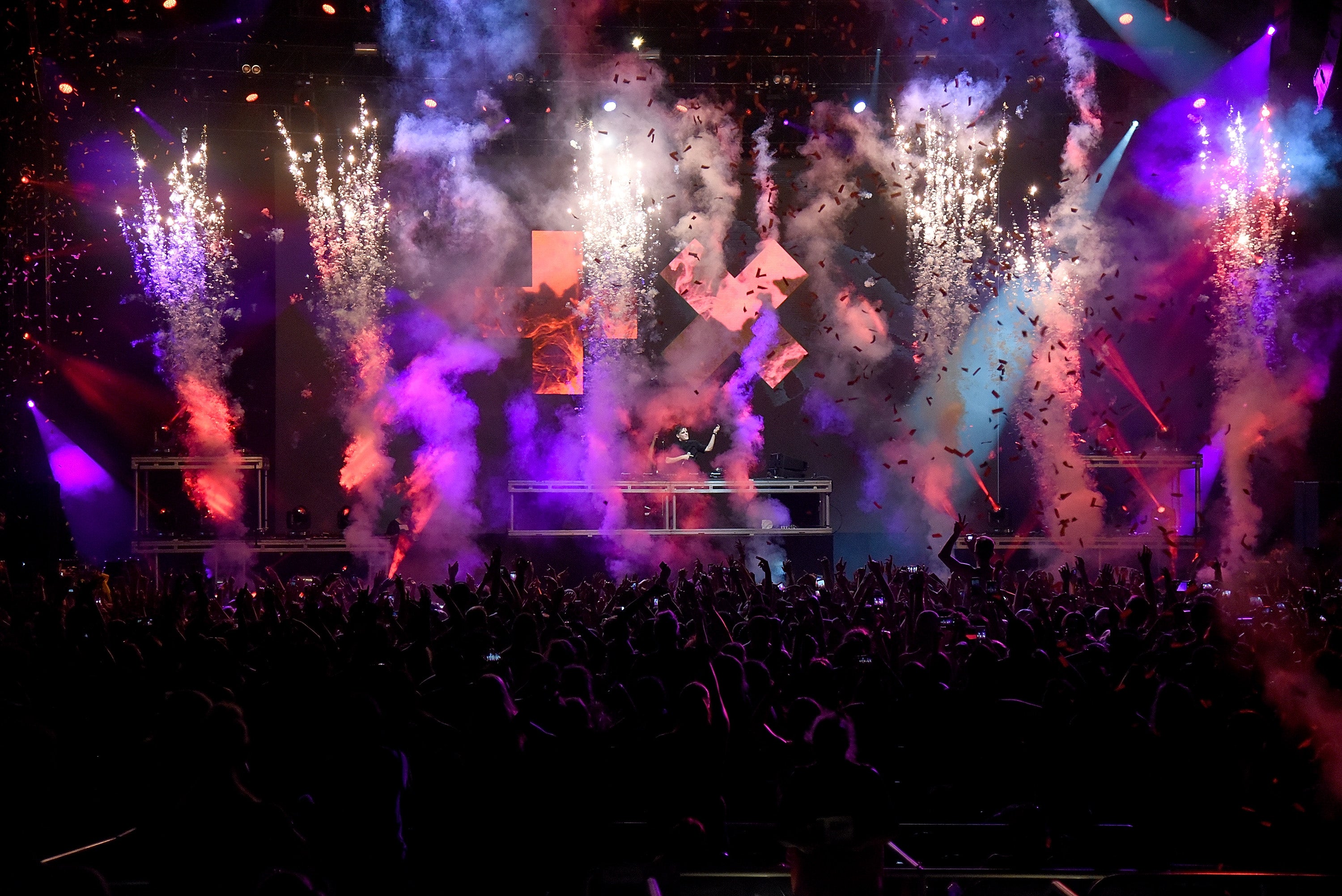 Imagine waking up in London, having lunch in Miami and going to bed in Las Vegas. Now imagine doing that all over again the next day — and the day after that. That's a typical week for touring professional Aubrey Wright.

Wright spent the past 13 years on the road with the likes of Martin Garrix, Kanye West, Akon and the Goo Goo Dolls. In addition to being a tour manager, he founded A Wright World, a company that takes a positive approach to company and lifestyle life coaching, business consulting and artist development.

Wright's work has taken him all around the globe, and now he's revealing what it's like to travel full time with some of today's most famous performing artists — and sharing his top travel tips.

A tour manager's schedule is demanding, to say the least. A typical work week for Wright is generally nonstop from Thursday through Tuesday. However, those two days he might have "off" aren't actual vacation days, as they're spent wherever the tour last stopped and going home isn't always an option. Wright is often asking himself questions like, "Do I stay in Spain for two days or do I fly home for a day?" Not only that, but things like press events sometimes occur on off days and tour managers need to attend those.

Wright often plans excursions for the artists and crew during off days and mentioned that he searches Instagram hashtags and uses resources like The Points Guy for inspiration when planning activities. Although he's able to leverage artists' status to pull off almost any request, even at the last minute, everyday travelers can utilize concierge services that come with premium credit cards to perform sometimes mythical feats such as discounted Hamilton tickets and guest access to once-in-a-lifetime events like the Olympics. Still, Wright almost always chooses to stay behind, and instead gets to know a city by walking around in search of the best coffee shop.

As much as Wright loves travel, he says that it beats him up physically and mentally. Unless he's on a bus tour, none of his days follow a normal routine. Most of his tours are with DJs, which is a lot more exhausting than other types of artists as they can "do more without a bigger crew." Given there isn't much equipment that needs to be hauled around, DJs can have two to three shows a day — often even in multiple cities. DJs' shows also go much later (think: 5 a.m. or later). Then, sometimes, it's straight to the next flight.

"It's exhausting. Even if you think you’re sleeping, your body never fully rests because [you're] still thinking about other responsibilities," Wright said.

Given that many "nights" are spent flying, as opposed to in actual beds, comfort is crucial when it comes to travel. Although most people expect private jet travel to be the crème de la crème, Aubrey and his crew tend to prefer flying commercial for long-haul flights, as lie-flat business- and first-class seats are often more comfortable than the recliners and makeshift beds on private jets. Additionally, many airports don't have separate terminals for private aviation, so they would have to navigate through the crowds of the main terminal area regardless.

"One of the biggest perks that come with flying commercial is being able to earn miles," Wright said. Although their redemptions might not always match up to TPG's valuations, he explained that artists love using their miles to book flights and upgrades for others. He also said that many artists request to fly United because they like how the airline treats its top customers. For instance, at Los Angeles International (LAX), top-tier customers are invited to a private check-in area and lounge, and are then driven directly to their aircraft in a Maybach. (This is in addition to the partnership United has with The Private Suite at LAX.) While Wright himself doesn't go out of his way to be loyal to a particular airline, he did mention he was able to get Delta status while touring with Dutch DJ Martin Garrix because Delta and KLM were always the most convenient options in and out of Amsterdam.

Although Wright says he needs to improve his credit card game, he is proud of the cards he does have in his wallet. For long, the SPG Amex (now a Marriott Bonvoy credit card from Amex) was his go-to card because of it's terrific return on everyday spending, though the return isn't as good anymore. By using the points earned with this card and leveraging Marriott's fifth night free benefit, Aubrey was able to book a 14-day trip to the U.K. just on points. Plus, because he's a Marriott Bonvoy Platinum Elite member, he was upgraded to a suite and got complimentary breakfast every morning. Wright is also a fan of his other Amex cards, including his Business Platinum Card® from American Express and cobranded Delta card, simply because of how good their customer service is. He said that he still always travels with a Visa or Mastercard and some cash since Amex cards still aren't always accepted internationally.

Related: I’m new to points and miles — What credit card should I get?

As difficult as it may seem, Wright is committed to maintaining a healthy lifestyle while on the road. For instance, when flying to a different time zone, Wright adjusts his internal clock to match his destination. Then, once he lands, he does his best to not give in to sleep.

"One hour max if I take a nap. More than that and you won't get up again," Wright explained. He added that going straight to the gym helps get energy. Most importantly, he makes sure to drink plenty of water before, during and after his flights. As tempting as it may be, you'll want to skip the Champagne and wine you might be offered when flying first class, as drinking alcohol on planes dehydrates you even more than just flying in the dry air.

In addition to staying hydrated, Wright stressed the importance of maintaining a healthy diet while on the road. Although airlines and hotels are trying to expand their health-conscious offerings, they still have a long ways to go. It's easy to want to indulge in daily hotel breakfast buffets and multi-course meals at fancy restaurants, but it's important to not always give in.

Of course, Wright also believes that "food is the greatest thing you can explore while traveling." If a city is known for a certain food, such as sushi in Tokyo; hummus in Jerusalem; and currywurst in Berlin; have at it. Immersing yourself in the food and culture is part of the fun of being there. Still, Wright says to travel with healthy snacks. People often pack healthy meals for flights or long bus rides, but forget to pack extra for once they arrive. Wright's go-to snack is always a bag of almonds because they're full of nutrients and help keep control your appetite.

Above all, Wright's top priority while on the road is staying connected with loved ones. Although he doesn't have much time to stop and notice it, he says that being on the road full time gets lonely. To combat that, he tries to be active in group chats with family and friends and often takes advantage of the Group FaceTime feature. Aside from people at home, Wright stays connected with the people he meets while traveling so that he'll know someone when he returns to that city. Something else he likes to do is share his location with close friends that are also road warriors.

"It's hard to keep track of where everyone is, but it's a great feeling when you arrive in a new city and check Find My Friends and find out one of your best friends is also there," Wright explained.

Related stories
What are points and miles worth? TPG’s December 2022 monthly valuations
Capital One Venture X to lose Priority Pass restaurants and spa services as of Jan. 1, 2023
December 2022
Current Hyatt promotions: Bonus points on stays and dining plus double stay credits
Featured image by WireImage
Editorial disclaimer: Opinions expressed here are the author’s alone, not those of any bank, credit card issuer, airline or hotel chain, and have not been reviewed, approved or otherwise endorsed by any of these entities.