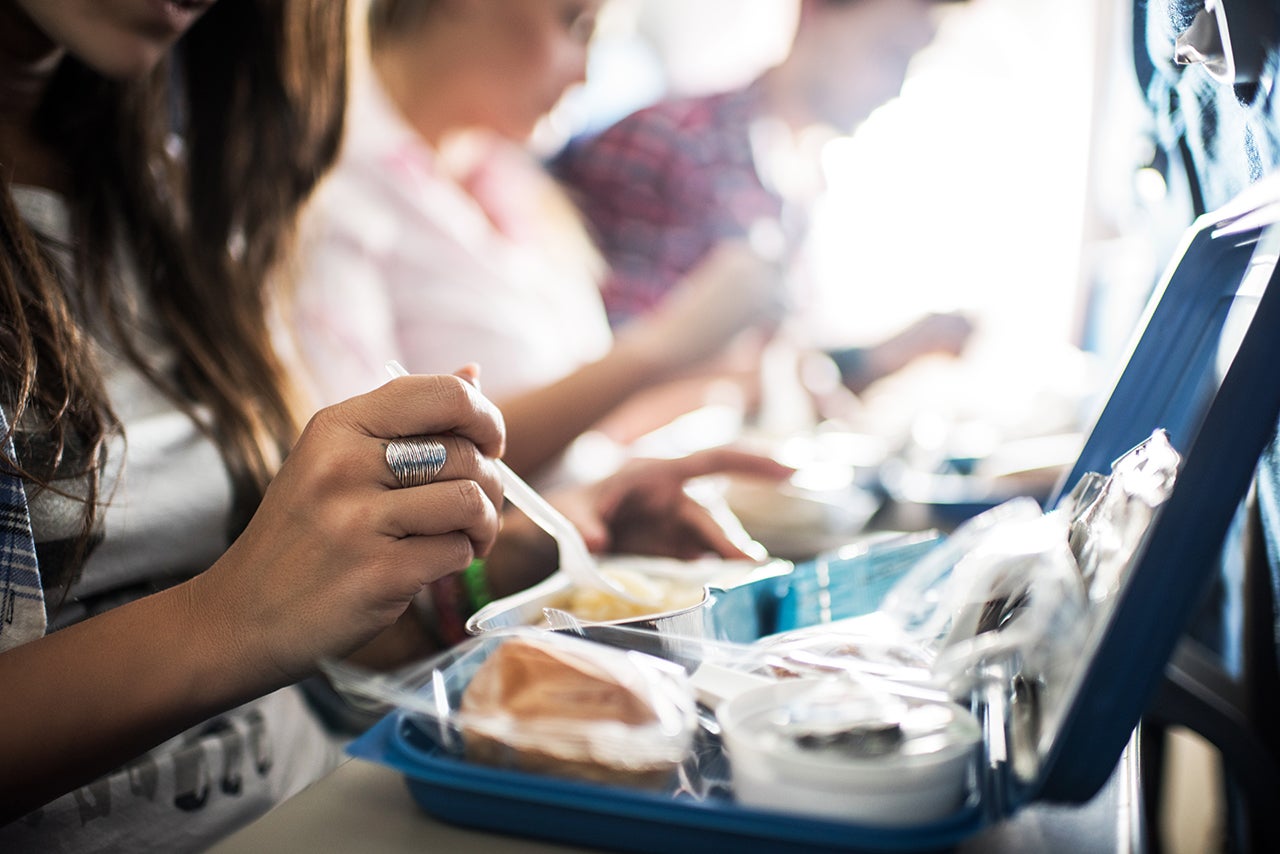 Ask someone about economy catering offerings and rarely will someone give you a positive response. The term 'plane food’ has been coined to describe bland, tasteless, unattractive and mostly unhealthy food. But what if there were some healthier economy offerings? What if you knew whether to pick chicken or beef, or even if there some nutrition hacks to make your time in the air a little healthier?

The average person consumes more than double their daily calorie allowance from check-in to arriving at their destination — a staggering estimated 3,400 calories for hours of being idle watching the in-flight entertainment. Moreover, it’s noted that due to the cabin pressure, we lose some taste and smell, and airlines know this. Often, in-flight food has more sugar and salt to satisfy the senses than regular food, meaning it's often not healthy and mostly very high in carbohydrates.

It helps to think about eating on planes as such: When you eat better on board, you recover better when you land with less jet lag. As such, you'll get to enjoy more of your holiday. So how do you know if what you're eating on board is healthy? And what are the healthiest options?

It's hard to find information about in-flight dining offerings. In fact, there's no single resource that accurately breaks down the nutritional values for each airline.

Luckily, you don’t need to rely on the calorie content or nutrition labeling to know if something is going to be healthy or not. It can be assessed according to a few rules: Is it processed? How much starch is included? Does it have enough protein? How much sugar and salt is in the product?

The classic economy choice across all of the airlines — beef or chicken. Among those choices, the healthiest option tends to be the beef. Usually, the chicken is served in a sugary sauce where beef may be more of a basic meal with potatoes and vegetables.

When it comes to vegetarian options, it's often pasta and cheese that's loaded with carbohydrates and fats with little protein, which is needed for energy and blood sugar balance. As a general rule of thumb, avoid vegetarian options — even a panini on some airlines can be around 1,000 calories.

Breakfast is usually served just over an hour before you land. The key here is to ask yourself if you really need to eat then, as there's usually no healthy choice. If you need to eat, just eat the eggs and leave the bread/potatoes and the sugary juice/smoothie out and opt for a black coffee instead.

Looking at an economy menu, you can do a few things to keep in line with health targets.

This is making the most out of economy dining in the sky. In an ideal world, you would be having something at the airport before you board and there are plenty of healthy options to pick from there. If you eat before you fly, then you realistically only need to have a snack in the sky if you are traveling around eight hours.

Aside from the food offerings, remember to keep hydrated. You need more water in the air than you do on the ground — especially if you are eating high sugar and salty food with a few alcoholic beverages. Aim to drink about 3 liters of pure water during your flight.