Articles
Samantha Rosen was one of the first 20 employees at TPG. She started as the site's first full-time social media editor and also served as its lifestyle editor.
Follow
Sept. 18, 2019
•
3 min read 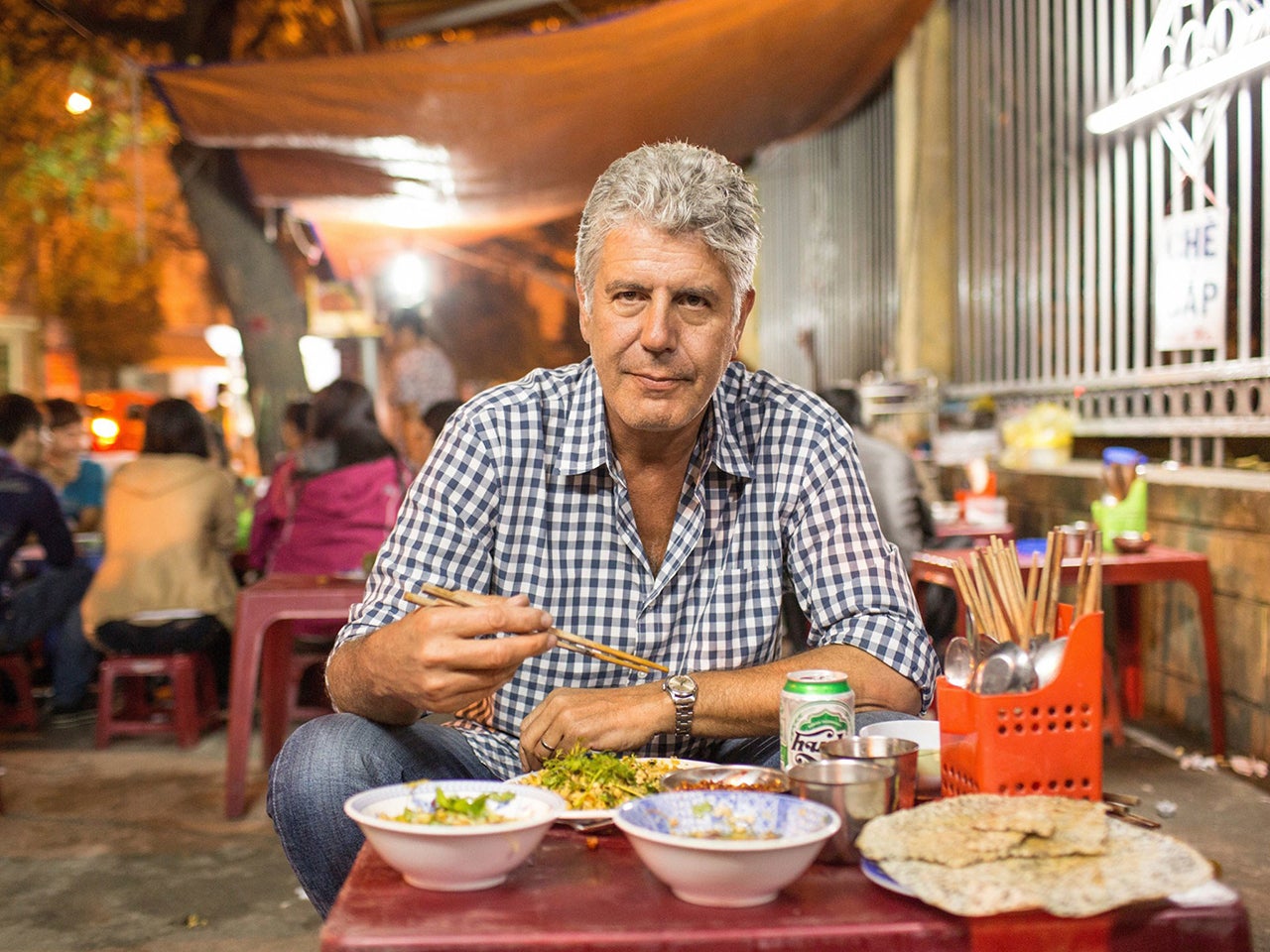 Anthony Bourdain's possessions are being auctioned off for a study-abroad scholarship
This post contains references to products from one or more of our advertisers. We may receive compensation when you click on links to those products. Terms apply to the offers listed on this page. For an explanation of our Advertising Policy, visit this page.

On June 8, 2018, the world lost an icon and titan of the travel world: Anthony Bourdain. When the news broke, the heartfelt tributes poured in — he was truly an inspiration to so many of us in the industry, as well as to travelers around the world.

The chef, author and television personality connected us all to the world, and taught us the importance of travel. He urged people to connect with others, to challenge themselves and to be open to learning something new. He lauded the journey, and celebrated the unknown.

Though it's been more than a year since Bourdain's passing, his passion for travel, food and people continues to live on. He's won posthumous Emmy Awards, and there's even a Bourdain-inspired food trail in New Jersey. And now, many of his possessions are being auctioned off for a very good cause.

Starting on Oct. 9, nearly 200 of Bourdain's most valued possessions — including artworks, books, apparel, watches and more — will be showcased in an iGavel auction. According to reports, 40% of the proceeds will benefit the Anthony Bourdain Legacy Scholarship at his alma mater, the Culinary Institute of America. The scholarship was established with Bourdain in mind, and aims to support students at the school who are either studying abroad or participating in one of the college's global cuisines and cultures international programs.

The remaining 60% will go to Bourdain's daughter, Ariane Busia-Bourdain, and his ex wife, Ottavia Busia.

Bourdain's passions — everything from travel to cooking, art, film and writing — are well represented by the items being sold at auction. Some of the highlights include a custom Bob Kramer steel and meteorite chef’s knife, a Chrome duck press from the Paris episode of "The Layover" and a script with signed inscriptions for "The Food Wife" episode of "The Simpsons." There's also a Danish midcentury Peter Lovig Nielsen writing desk, an original manuscript for Bourdain's novel "Bone in the Throat" and artworks by Ralph Steadman and John Lurie, among others.

"[Bourdain] was a larger-than-life personality with so many interests other than food, and this sale reflects his multidimensional persona," auctioneer Lark Mason said in a statement, explaining that estimated values were kept low so that "everyone who loved [him] will have the opportunity to purchase something ... and know that part of the proceeds will be going to a good cause."

Everything will be available for online preview starting Oct. 2, and the action will run until Oct. 30. Exhibitions of the belongings will tour during the auction and be visible in New Braunfels, Texas, New York City and Savannah, Georgia.

Culinary Institute of America president Tim Ryan, said that, with this auction, Bourdain's "legacy [will live] on in the future leaders of the food world."

"The ability to travel and experience other cuisines and cultures first-hand," Ryan said, "is a priceless gift ....”