The Timeless Lessons Anthony Bourdain Taught Us About Travel — And Life

Articles
Ethan Steinberg has been a frequent flier for as long as he can remember. He went from studying abroad in Paris to moving to Shanghai after graduating college, where he covered all things travel in the Asia-Pacific region for TPG.
June 09, 2018
•
5 min read 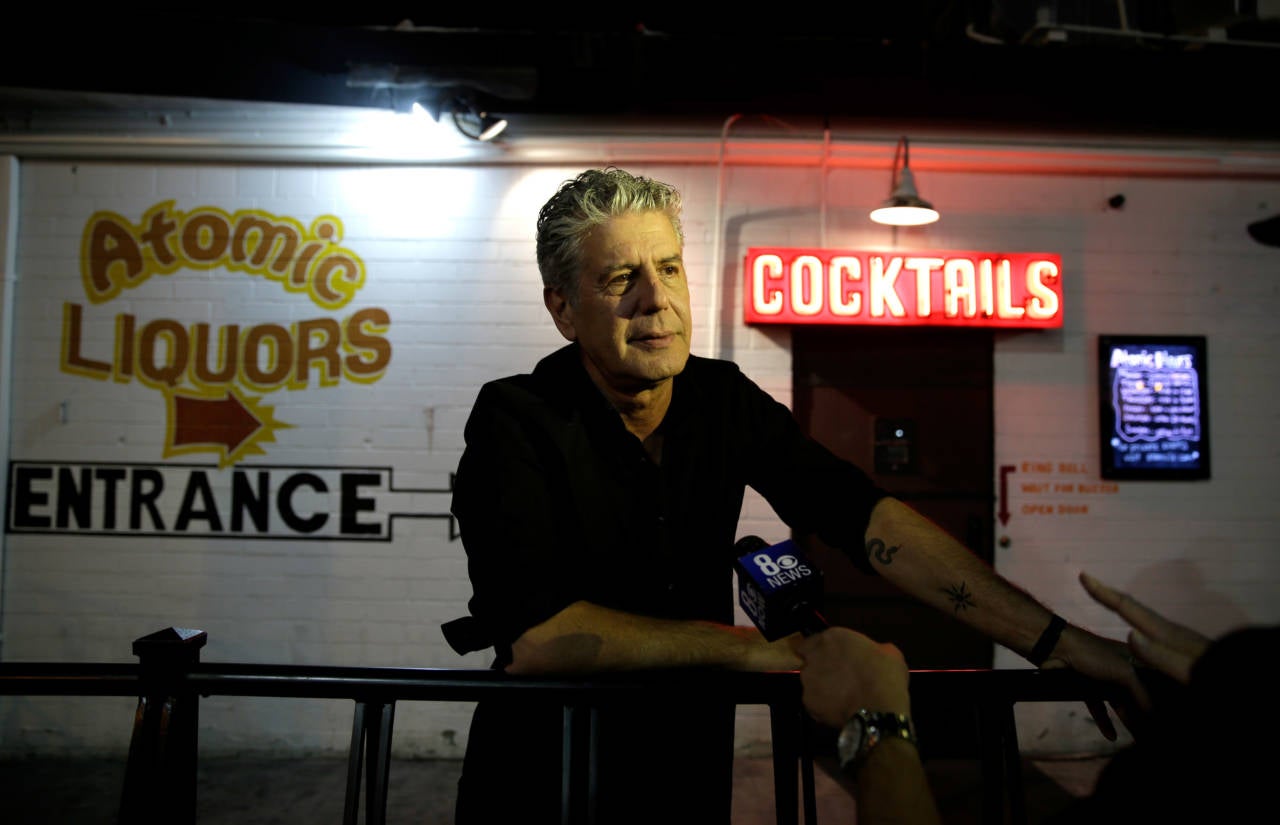 The Timeless Lessons Anthony Bourdain Taught Us About Travel — And Life

Travelers around the world were shocked and deeply saddened to learn of the untimely passing of Anthony Bourdain. While his culinary achievements and film credentials speak volumes to the life he lead, Bourdain was more than just a celebrity chef. He was a diplomat and an ambassador (although he never held those titles formally). He was a scientist, always researching and discovering a new frontier of culture and cuisine. And to many people around the world, myself included, he was a role model.

Every time I land in a foreign country for the first time I always tell myself to find the people Bourdain would have dined with, as that’s the fastest way to ensure an authentic and local experience. In fact, just the other night I was watching an episode of his show Parts Unknown where he conned his friend, chef Eric Ripert, into eating the spiciest chillies in all of Sichuan province, thinking that this is the man I want as my tour guide.

No amount of words or stories can bring him back or ease this pain, but the lessons he taught us about how food and travel and honest conversation can bring the world together ring eternal. Here are a few of my favorite Anthony Bourdain quotes throughout the years that guide not only my day-to-day life, but the way I choose to travel.

Bourdain knew how to walk the fine line between being a tourist, being a guest in a foreign land and still respecting the local culture:

“I'm not afraid to look like a big, hairy, smelly, foreign devil in Tokyo, though I do my best not to, I really do.”

He understood that food was a reflection of cultures and values and traditions, not just a fleeting meal. When he was filming in Namibia, the chief of the local tribe handed him an unwashed warthog rectum to eat. This was how he described the moment:

"When somebody’s offering you food, they’re telling you a story. They’re telling you what they like, who they are. Presumably, it’s a proud reflection of their culture, their history, often a very tough history. You turn your nose up at that important moment, the whole relationship changes, and it will never be the same."

As an avid traveler, Bourdain appreciated the value of stepping outside your comfort zone:

"Do we really want to travel in hermetically sealed popemobiles through the rural provinces of France, Mexico and the Far East, eating only in Hard Rock Cafes and McDonalds? Or do we want to travel without fear, tearing into the local stew, the humble taqueria's mystery meat, the sincerely offered gift of a lightly grilled fish head? I know what I want. I want it all. I want to try everything once."

And some quotes simply speak for themselves. During an episode of Parts Unknown in Punjab, India, Bourdain said:

"If this is what vegetarianism meant in most of the places that practice it in the west, I'd be at least half as much of a dick about the subject."

While most of us can't relate personally to some of the off-road adventures Bourdain experienced, a shared love of slurping hot noodles will always serve as a common ground:

Bourdain was always open about his demons, speaking candidly to the press and on TV about his earlier addiction problems and the new appreciation he gained for life as he matured:

"I don't know about 'charmed.' But I'm still here — on my third life or maybe fourth. Who knows? I should've died in my 20s. I became successful in my 40s. I became a dad in my 50s. I feel like I've stolen a car — a really nice car — and I keep looking in the rearview mirror for flashing lights. But there's nothing yet."

His travels gave him a philosophical side, a worldly perspective many of us can only dream of achieving:

“Maybe that’s enlightenment enough: To know that there is no final resting place of the mind; no moment of smug clarity. Perhaps wisdom... is realizing how small I am, and unwise, and how far I have yet to go.”

Although I never had the good fortune to meet him personally, Anthony Bourdain still had a tangible impact on my life. It was an episode of Parts Unknown (season 6 episode 4, to be exact) that taught me about the wonderful Japanese island of Okinawa and inspired me to plan a trip there. If you're struggling to decide where your next trip should take you, I encourage you to do the same.

Open up Netflix and enjoy a few episodes of Parts Unknown, or any of his other shows. Not only will you find inspiration on where to go next, but you'll find advice on how to travel from one of the most adventurous people of his generation -- one who will not be forgotten.

If you are having thoughts of suicide, contact the US National Suicide Prevention Lifeline (1-800-273-8255) — open 24 hours a day, every day. You can also visit SpeakingOfSuicide.com/resources for a list of additional resources.

Photo by Isaac Brekken/WireImage via Getty.