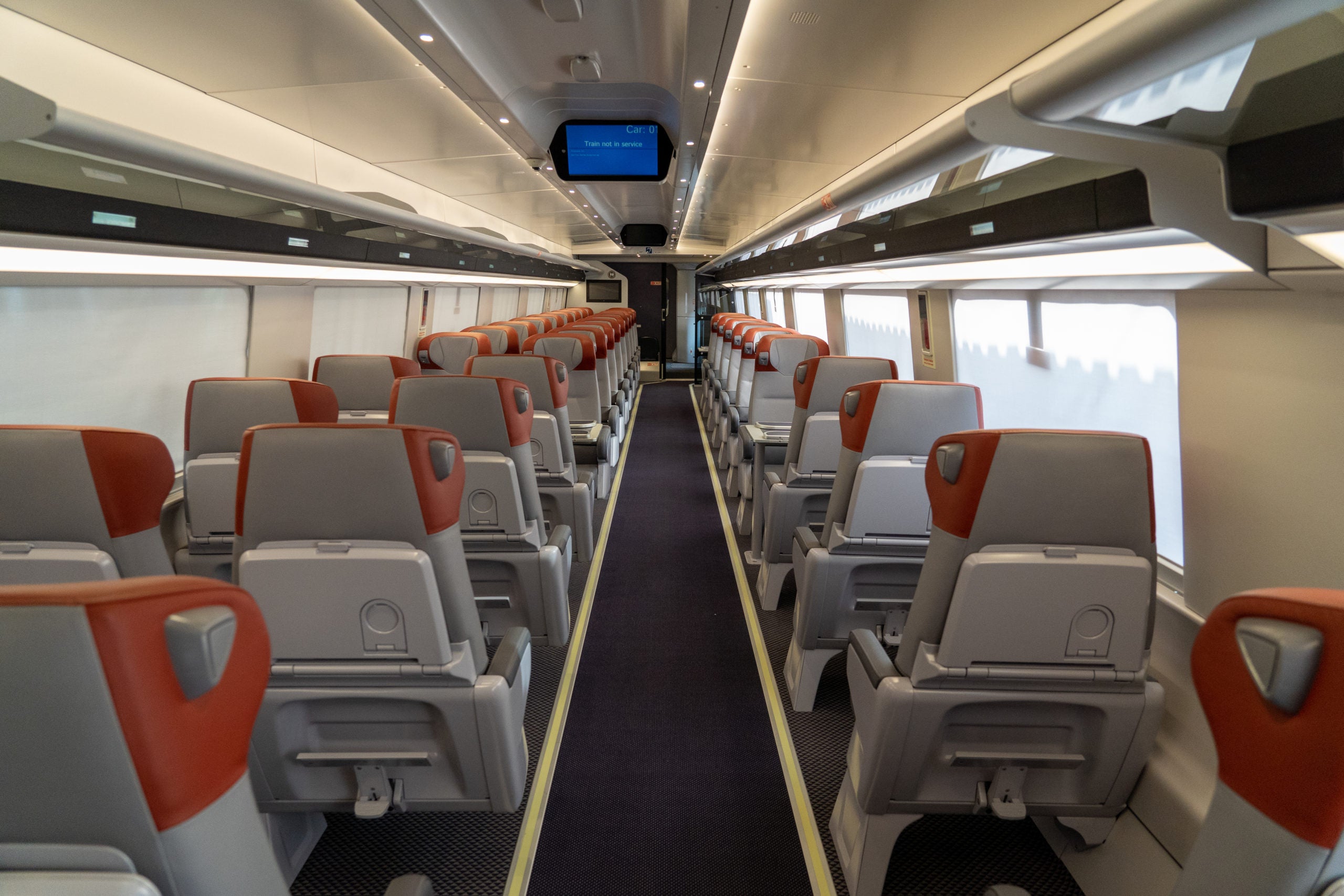 It could be close to a year and a half before Amtrak’s new, state-of-the-art Acela Express trains begin service, an Amtrak representative told TPG on Friday. It’s a timeline that falls far short of previous projections by the rail operator that the new trainsets would be serving the northeast U.S. by 2021. The new timeline calls for the trains to hit the tracks by fall 2023.

Word of the delay for the new trains came the same week that Amtrak publicly shared photos of the interior of the upgraded trains to the public. TPG got a first look at the train interiors back in 2020 inside the Hornell, New York, factory where they’ve been in the works for several years now.

Once deployed, the new trains will bring upgraded onboard facilities and capacity increases of nearly 25% in Amtrak’s critical Northeast Corridor, which runs between Boston and Washington, D.C., via New York.

An Amtrak spokesperson could not provide specifics on what prompted the delays. However, a 2020 report by Amtrak's inspector general published prior to COVID-19 becoming a global pandemic warned of a "significant risk of delays" in the project due to a number of factors including manufacturing delays. Additionally, the Washington Post has reported on problems uncovered during testing of the trains.

In a statement to TPG Friday, Amtrak said in part, "We want our customers to experience these new trainsets as soon as possible, but at Amtrak, we will never compromise safety and testing. Alstom needs to complete extensive computer modeling and simulation tests and ensure they meet [the Federal Railroad Administration's] safety requirements with this latest generation of high speed technology."

Major upgrades on a busy line

This new project should help bridge the gap between Amtrak’s trains and the more modern ones found in parts of Europe and Asia. The new trains will also be faster — running up to 160 mph — and with 378 instead of 304 passengers on each trainset, they will carry far more passengers. Major infrastructure improvements in the future could allow the cars to reach speeds of higher than 160 mph.

Related: Plane vs. train on a trip from Boston to New York City

Alstom is responsible for building the new trains, which were slated to be unveiled at some point in 2021. Amtrak began running tests on its new Acela Express trains in February 2020.

While Amtrak has shared sneak peeks and TPG got a firsthand look at the design of the new trains' interior in 2020, the railroad circulated photos this week of what the new trains will look like inside.

The new Acela Express trains will have the color red incorporated in their first-class seats, which Amtrak says will “provide more space, leg room and personal tray tables” which can be open or closed independent of the person sitting next to you.

Meanwhile, business-class seats will have blue incorporated into the design, along with personal outlets, USB ports and adjustable reading lights at each seat.

The new cafe car includes self-select and check-out options, along with a standing-room area, complete with hip rests and electrical outlets for charging phones and other devices.

"Our new Acela trains will help revolutionize American train travel,” Amtrak president and CEO Stephen Gardner said in a statement this week, which did not make mention of the new estimated completion date.

Amtrak says the anticipated rollout of these new trains will not happen all at once. Fall 2023 is expected to be the first time riders will notice any of the new trains on the Acela Express routes. However, with upgraded facilities and 28 new trains eventually replacing the 20 existing sets, the multi-billion dollar project figures to transform perhaps the most critical route in Amtrak's network.

Featured image by (Photo courtesy of Amtrak)
Editorial disclaimer: Opinions expressed here are the author’s alone, not those of any bank, credit card issuer, airline or hotel chain, and have not been reviewed, approved or otherwise endorsed by any of these entities.