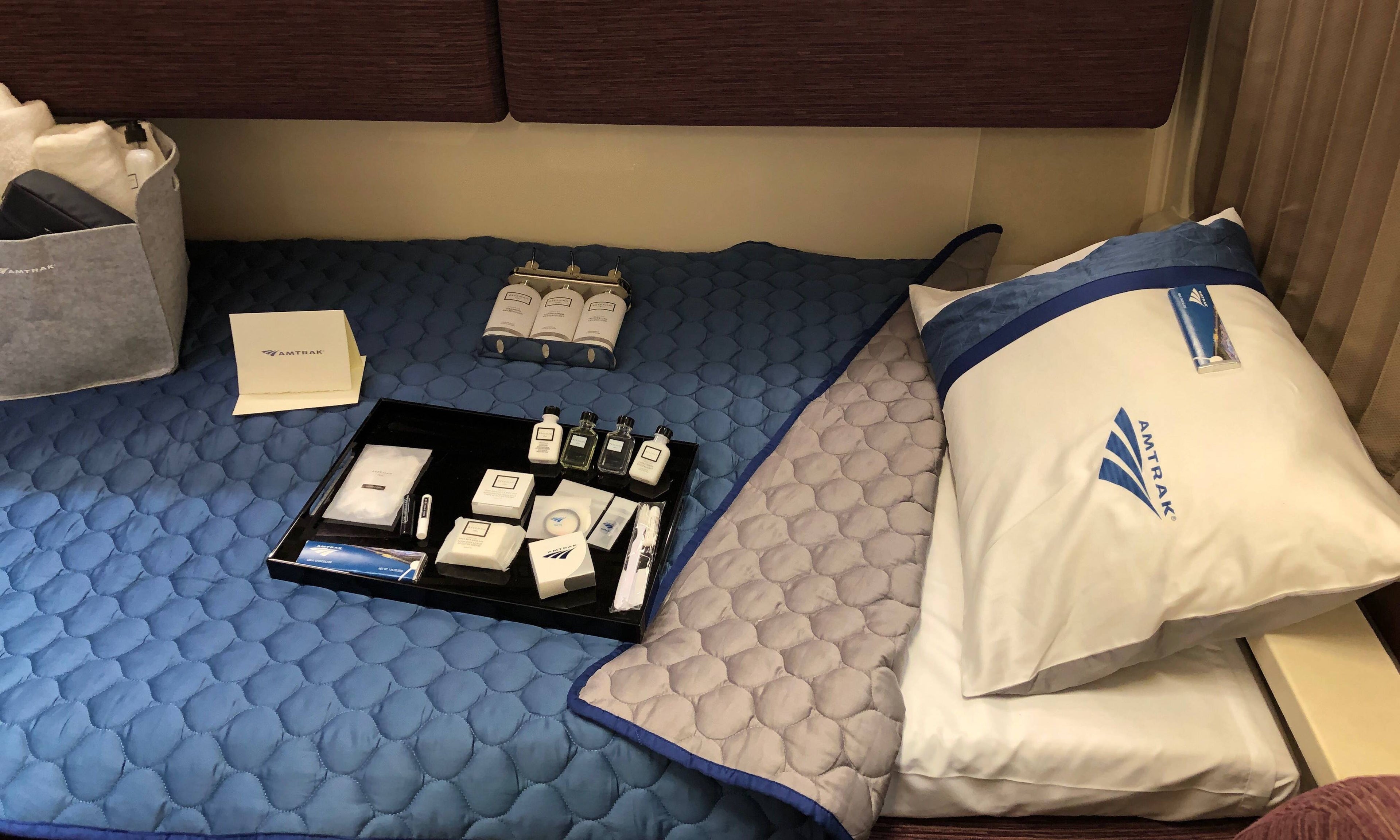 Amtrak shows off updated long-distance carriages and food options for New York services
This post contains references to products from one or more of our advertisers. We may receive compensation when you click on links to those products. Terms apply to the offers listed on this page. For an explanation of our Advertising Policy, visit this page.

Amtrak is moving forward on its renewed focus on passenger comfort, with new sleeping cars, updated carriages and food service on long-distance routes out of New York coming this fall.

The onboard improvements will gradually be introduced on the railroad's Capitol Limited, Cardinal, City of New Orleans, Crescent, Lake Shore Limited, Silver Meteor and Silver Star long-distance routes beginning in October and continuing through 2020.

Related: Your guide to all the Amtrak routes in the U.S.

Other improvements in the works include the Next Generation Acela trains, new Northeast Corridor carriages, as well as Moynihan Station in New York and a revamped Union Station waiting area in D.C.

Amtrak plans to debut early next year its first new long-distance sleeper carriage -- known as the Viewliner II -- in a quarter century. The 25 single-level cars feature 12 Roomettes and three bedrooms, all with room for two passengers.

The Roomettes are updated to reflect passenger requests. For one, the private toilet that was located next to the beds has been removed and replaced by two communal toilets at the end of the carriage for all Roomette passengers. In addition, each berth has four power outlets instead of one.

The new Viewliner II carriages will operate on overnight routes from New York, Amtrak's chief marketing and revenue officer Roger Harris told TPG on Friday. They expect to introduce the cars on the Silver Services to Florida early in 2020 with all 25 carriages in service within 18 months.

Amtrak is also refreshing the interiors of its long-distance Amfleet carriages, the ones with seats rather than private berths. Seats are receiving new covers and padding, carpets are being replaced and new LED lights installed to brighten the space.

"It's like an airline first class seat, a recliner," said Harris of the updated Amfleet seats.

Amtrak is not just updating its long-distance hard product. A new dining service and food options will debut on single-night routes on Oct. 1. The service will give passengers a variety of options on how the want to eat -- whether in the dining car, to pick up and eat at their seat, or delivered by an attendant -- as well as an expanded selection of hot offerings.

Wilander said the food changes are in response to passenger comments on dining boxes that were implemented last year but only included one hot option. Now passengers will have multiple hot entree options to choose from, including an Asian Noodle Bowl, Creole Shrimp and Andouille sausage, and Chicken Fettuccini with Broccoli.

"We'll see what works, what doesn't," said Wilander on the new entrees. "We can easily make changes."

That is exactly what Amtrak appears to be trying to do -- at least with food service. Become a more nimble organization that, like airlines, can adapt to the market as it changes.

The sit-down dining service on Amtrak's multi-night long-distance routes remain unchanged for the time being.