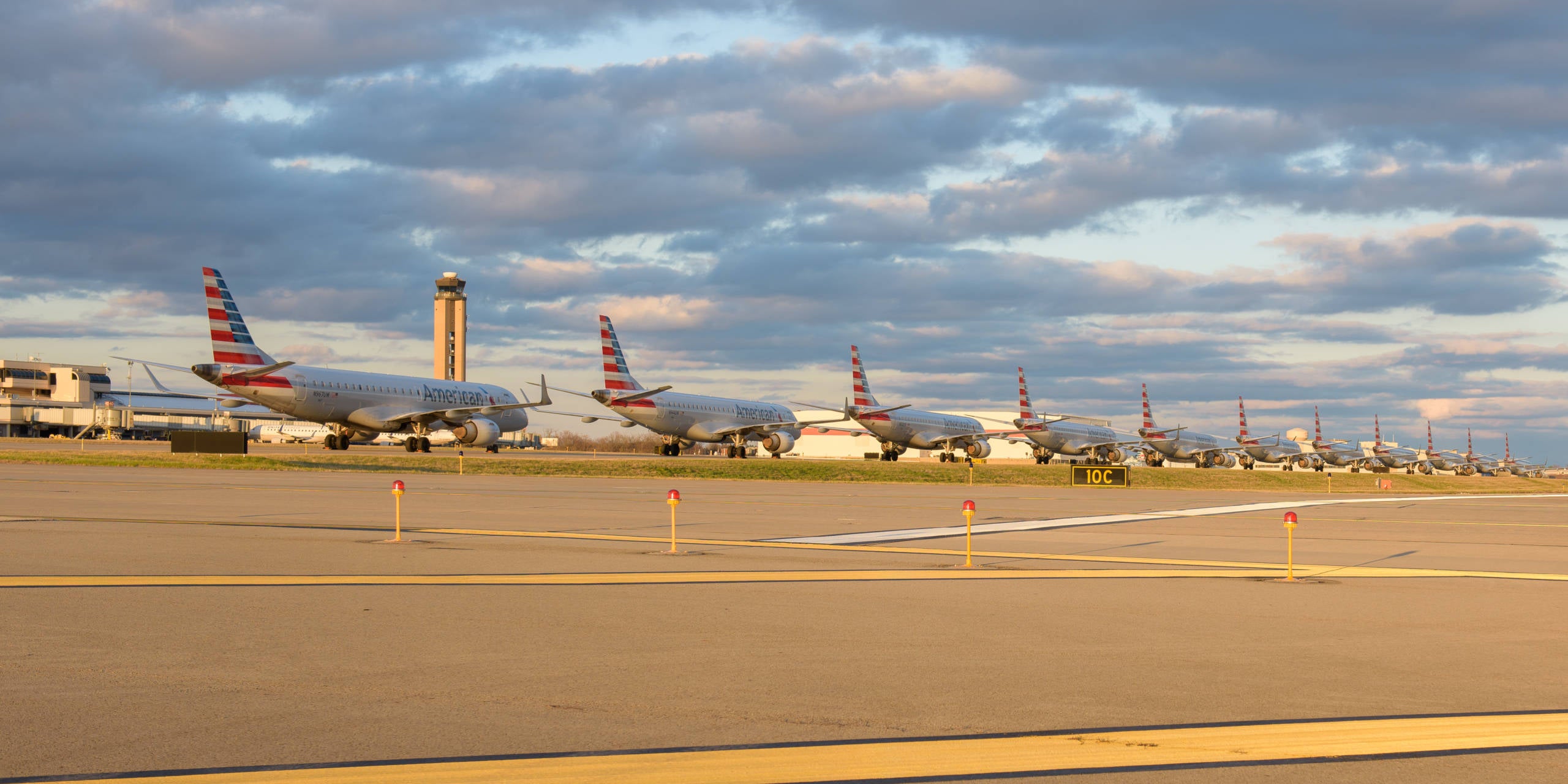 American, Southwest Airlines CEOs differ on plans for $50B aid package
This post contains references to products from one or more of our advertisers. We may receive compensation when you click on links to those products. Terms apply to the offers listed on this page. For an explanation of our Advertising Policy, visit this page.

The leaders of American Airlines and Southwest Airlines have taken different views on the $50 billion aid package aimed at bridging the industry through the novel coronavirus pandemic working its way through the halls of Washington.

American CEO Doug Parker sees the aid coupled with the airline's existing liquidity — or cash — as enough funds for the nation's largest airline “to ride through the worst of potential future scenarios," he said in a video message Thursday. While he cautioned that whether American qualifies for some of the funds is still up in the air, he believes that the carrier does.

Southwest CEO Gary Kelly took a slightly different track in his comments on the package in a video message of his own on Thursday. He said the aid gives the Dallas-based carrier "another option" to bridge the crisis, something beyond the company's access to loans and other credit lines. Kelly's comment suggests that the airline is undecided as yet on whether to tap either the grants or loans.

The package that passed the Senate on Wednesday includes $25 billion in grants earmarked for employee compensation and benefits, and an equal amount in loans for airlines' to continue operations. Both aspects of the deal come with strings, including maintaining current staffing levels until Sept. 30, and maintaining air service to all existing U.S. destinations.

Both Kelly and Parker cautioned that the aid package is not final yet. The House of Representatives is due to vote on it Friday, and then the president must sign it into law before funds can begin flowing.

The COVID-19 crisis has hit the travel industry hard. People are staying home amid the myriad of shelter-in-place orders around the country. Border restrictions have further diminished international travel as public health officials try to slow the spread of the virus.

Related: What you need to know about the $50B coronavirus aid package to airlines

Airlines have seen demand fall off a cliff amid the pandemic. American has already cancelled thousands of flights, and Parker said seats are only about 15% full on its planes that are still in the air.

On Friday, the Oneworld carrier said it will cut U.S. capacity by up to 80% in May and international capacity by up to 90%. The reductions include all of American's service to Hawaii except one daily flight between Honolulu (HNL) and Los Angeles (LAX).

"I can assure that we're losing money on every single flight, and big money," said Kelly about his own airline. Southwest begins cancelling 1,500 flights, or nearly 38% of its entire schedule, on Friday.

The biggest threat to airlines in the crisis is a cash crunch as revenues dry up. The International Air Transport Association (IATA) has warned that more than half of global carriers could disappear — either shut their doors or merge with someone else — as a result of a lack of funds.

“This is 9/11, SARS and the Great Recession all rolled into one,” is how Delta Air Lines CEO Ed Bastian described the crisis to employees on March 25.

Watch both American and Southwest's CEO video commentaries below.