No, American and Etihad's partnership is not ending

Articles
Nick Ewen is a director of content at TPG and was one of the site's first contributors in 2012. He’s visited 52 countries (and counting) and has taken his 7-year-old daughter to 24 of them.
Follow
March 6 2020
•
3 min read 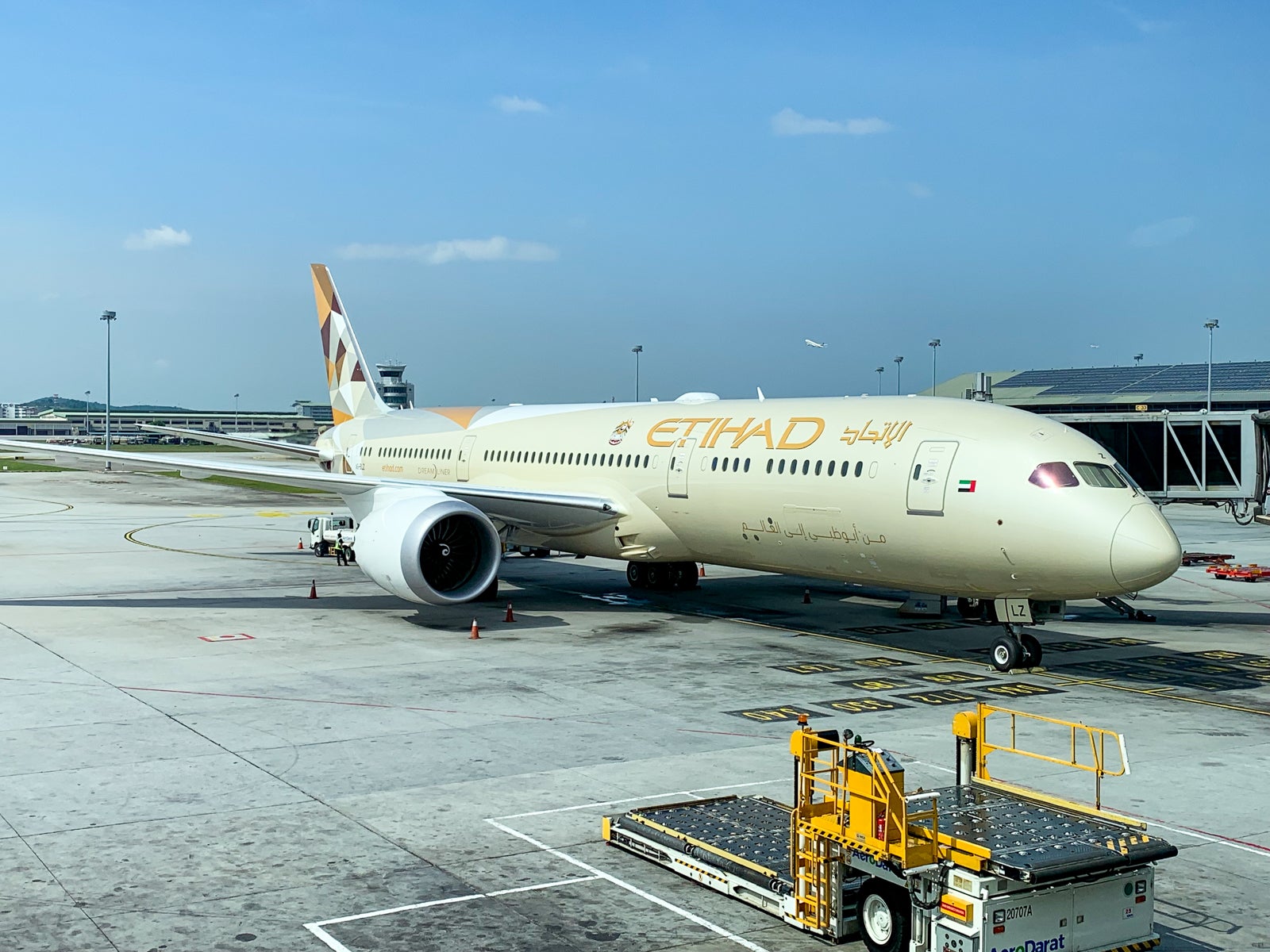 American Airlines' AAdvantage program includes partnerships with Oneworld airlines along with some notable carriers that aren't full alliance members, including Air Tahiti Nui and Fiji Airways. This morning, it briefly appeared that one of these partnerships was coming to an end, as One Mile at a Time noted that Etihad had been pulled from American's list of partners on AA.com. While the page touting the partnership is still accessible, this was an ominous sign.

Thankfully, for anyone looking to book Etihad's fantastic first-class with AAdvantage miles, you can breathe a sigh of relief, as an American spokesperson has clarified that the partnership remains intact and that Etihad was removed "in error" from the partner page. It has now been corrected.

Unfortunately, it's worth noting that Etihad awards are no longer appearing on AA.com, a functionality that was added less than a year ago. Sure enough, here are the search results from ExpertFlyer (which is owned by TPG's parent company, Red Ventures) for a flight from Abu Dhabi (AUH) to New York-JFK in November:

The award inventory also appears through the Etihad Guest program:

However, none of the three classes appear on American's website:

That being said, you can still book Etihad flights over the phone. I called American and spoke to an agent, who was able to pull up Etihad award tickets in all classes of service within 20 seconds.

An American spokesperson confirmed in an email to TPG that the lack of online award inventory was related to a technical glitch:

“Our teams are working to resolve a technical error impacting Etihad (EY) award itineraries, and have temporarily removed the ability to book awards with EY as the governing carrier on aa.com. Customers may contact our Reservations department to book EY awards in the interim, and we apologize for the error and the inconvenience.”

For the time being, it appears that both of these issues are technical in nature. However, if you've been eyeing an Etihad award ticket with AAdvantage miles (or an American flight with Etihad Guest miles), I'd still encourage you to book these sooner rather than later. Rumors have circulated for some time now about American and Etihad cutting ties, and given American's recent reinstatement of codesharing with Oneworld member Qatar — a key competitor of Etihad — it wouldn't be surprising to see changes to the partnership in the future.

Remember that loyalty currencies should never be a long-term investment, and redeeming American miles is a fantastic way to enjoy Etihad's First Apartment or its solid business-class product, so don't wait until it's too late.