If You Plan on Redeeming AAdvantage Miles on Etihad, Do It Now

Articles
Max Prosperi is a part-time frequent flyer and travel writer and full-time student. Based in St. Louis, Missouri, Max covers a variety of topics with a focus on points, miles, and aviation.
Follow
Feb. 24, 2019
•
5 min read 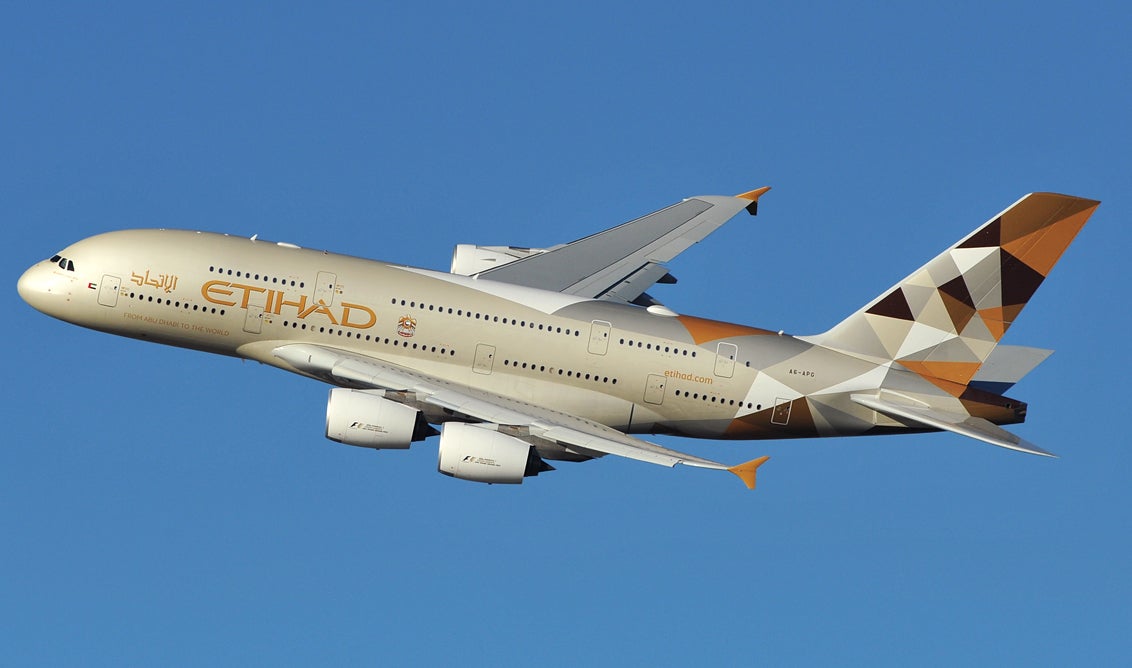 If You Plan on Redeeming AAdvantage Miles on Etihad, Do It Now
This post contains references to products from one or more of our advertisers. We may receive compensation when you click on links to those products. Terms apply to the offers listed on this page. For an explanation of our Advertising Policy, visit this page.

Multiple sources are reporting that Abu Dhabi-based Etihad Airways is on the verge of severing ties with American Airlines to join Star Alliance and add United Airlines as a partner airline. Etihad and American's current partnership includes the ability to earn and redeem frequent flyer miles between airlines regardless of which airline frequent flyer program the traveler is a member of.

TPG then inquired about booking American Airlines flights using Etihad Guest points. Once connected with Etihad Airways, the representative confirmed that yes, you can still use Guest points on American Airlines. However, the agent went on to say that travelers won't be able to "earn miles on your Etihad Guest account when you fly on American Airlines." Upon inquiring directly about the rumors that Etihad plans on ending ties with American, the representative responded, "We are aware of the rumors that American Airlines and Etihad Airways will no longer be partners, however, we cannot confirm this." Before hanging up, the agent jumped back in to add that "in the event that something in the future were to come up" travelers should "probably book partner flights as soon as possible if you plan on using your Etihad Guest points on partner flights."

In the past decade, the three largest Middle Eastern airlines (Emirates, Etihad and Qatar) have experienced significant growth, which US airlines have attributed to government subsidies. In response, US-based airlines, including American Airlines and Delta Air Lines, launched a campaign in 2015 claiming that these subsidies violate international agreements. With American Airlines being one of the strongest supporters of the anti-ME3 campaign, Etihad's partnership with American Airlines has become increasingly hard to justify.

Also, Etihad may not be getting much out of its partnership with American Airlines. The purpose of a partnership like the one between Etihad and American is for the airlines to feed flights into their respective major hubs while allowing the transport of feeder traffic on international flights to destinations that either aren't served or are served with limited capacity. While Etihad's largest base in the United States is New York-JFK, American Airlines has terminated dozens of domestic and North American flights to/from its JFK-hub in recent years and shifted the airline's focus to premium traffic and serving the needs business travelers.

What a Move to Star Alliance Would Mean for Travelers

United MileagePlus frequent flyers would benefit the most here as Etihad Airways awards would eventually be made available to MileagePlus members. United would also gain a new partner in the Middle East.

As of Sunday, Feb. 24 at 1:30 pm the terms of any partnership between United and/or Star Alliance have not been released.

Find out which awards to book ASAP before Etihad cuts ties with American here.

TPG has reached out to Etihad for comment but did not hear back by time of publication.