Why American Airlines’ new headquarters gives me hope for its future 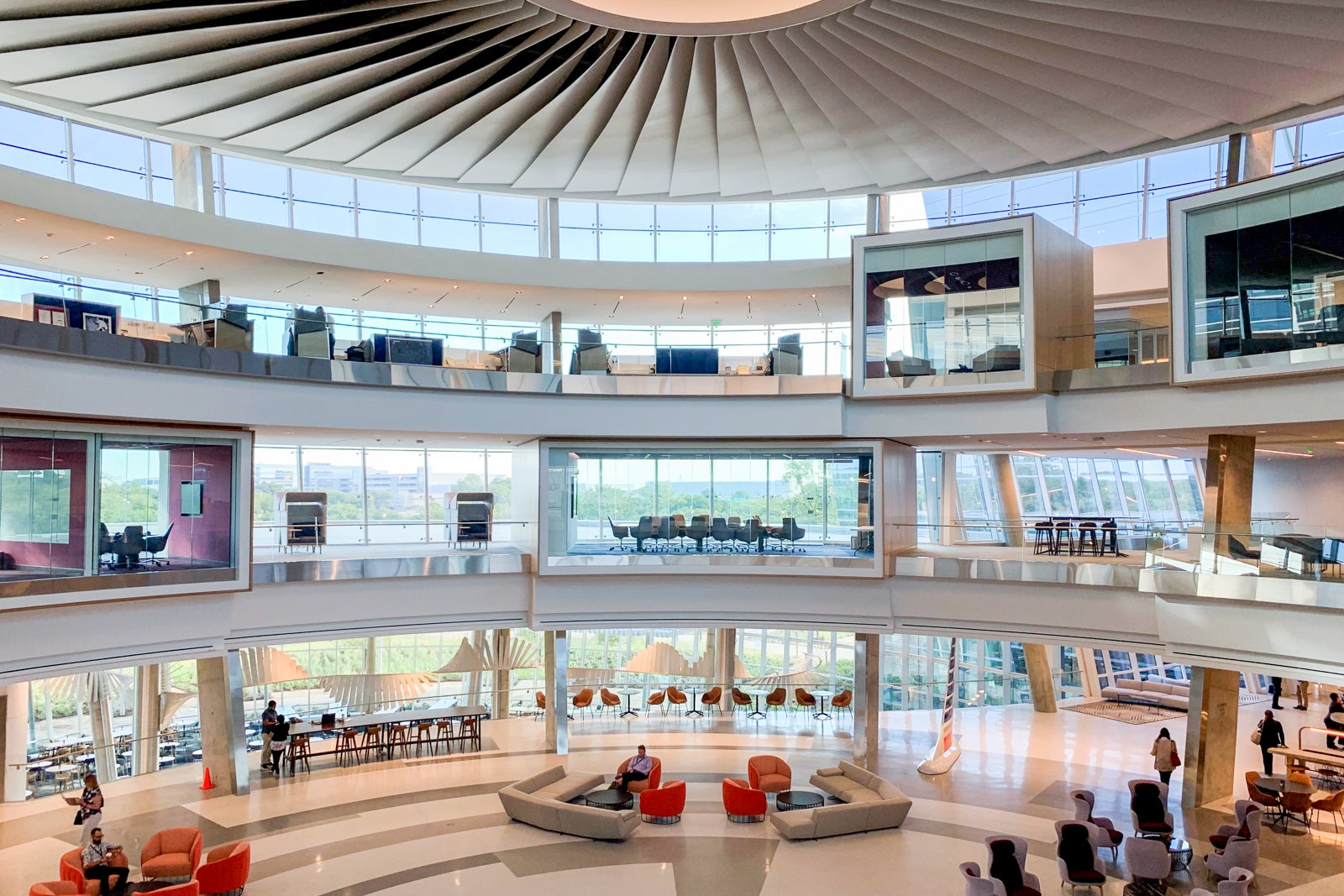 Why American Airlines’ new headquarters gives me hope for its future
This post contains references to products from one or more of our advertisers. We may receive compensation when you click on links to those products. Terms apply to the offers listed on this page. For an explanation of our Advertising Policy, visit this page.

There's no denying it: American Airlines had a rough year in 2019. Operational woes, the Boeing 737 MAX grounding and a contentious labor dispute with mechanics were just a few of the headaches for the airline's management. These -- among other things -- led to a general feeling that things weren't great at AA.

But I recently met with a group of American Airlines executives at the company's headquarters in Fort Worth, Texas. I left feeling optimistic about the direction of the carrier after getting an inside look at the Robert L. Crandall Campus, American's newly built corporate home.

The new headquarters is a sprawling, 300-acre campus with eight buildings that will all carry the name Skyview -- very on brand for an airline, wouldn't you say? And, yes, you can planespot from the office (though I would say AA should provide telescopes so employees can get closer to the action).

This is not any ordinary, drab office for a corporate behemoth. It feels like a small college campus where almost 12,000 employees make it a hive of aviation activity. It's not just a place to work, either. The airline is going to be converting 21 acres of existing concrete surfaces into landscaped spaces. The campus will have 8.3 miles of trails and enough trees to absorb over 165,000 pounds of carbon dioxide each year, making it a place where workers can focus on their own wellness and take outdoor walks during the workday. There are even company-provided bikes that can take one across campus at a faster clip.

Inside, it's easy to see that American had built the facility with an open and collaborative work environment in mind. All employees enter through one entrance, and you immediately can see people smiling, laughing and collaborating. Even the CEO, Doug Parker -- and other executives -- sit right out in the open.

The emphasis on the office as a center of aviation is clear: There are aviation-themed photos everywhere, and plenty of more subtle nods to the sky, travel and the history of the commercial aviation industry.

One of the most prominent pieces of art on campus is a sculpture made completely out of airplane safety cards!

The airline's old headquarters was stuffy and felt very last-generation. Management was sequestered away from the rest of the team. Now, there's been a complete reversal with the new space. The furniture, design and openness of the space make it feel more like Google than an almost-90-year-old airline.

What American's revamped headquarters tells me is that the airline is serious about its mission and how it sees itself as a company. The recent struggles are very real problems, and the management needs to address them quickly and effectively. But this warm and welcoming building exudes good energy.

And, the food and ambience are truly top-notch and can compete with some of the top ground products around. I'm a big fan of the Flagship Burger, which would be an impressive dish in a top restaurant, never mind an airport.

Access to American's most exclusive preflight experience is restricted to first-class passengers on the aircraft that offer a Flagship First product -- the Airbus A321T and Boeing 777-300ER, though some ConciergeKey members have been receiving passes to enjoy Flagship First Dining even while not flying in first class. You can find American's Flagship First Dining at New York-JFK, Los Angeles (LAX), Dallas-Fort Worth (DFW) and Miami (MIA).

But unfortunately for American recently, things fizzle out a little bit once you board the plane. The product is inconsistent on domestic narrow-body flights. On its internationally configured wide-bodies, the business-class product doesn't have anything to set it apart from the competition, and the first-class product is only on a handful of aircraft and even on those isn't that much different from business.

But I think there's hope.

I really do believe that if American took some of what it learned with the renovation of its headquarters and translated it to its inflight product, it could win back some of the flyers who have taken their loyalty (and dollars) elsewhere recently. If the airline embraced the passion for aviation, travel, collaborative spirit and forward-thinking design that it showed me at its new headquarters and bring that on board its aircraft, then the company could regain some lost ground from its competitors, both domestic and abroad.