Articles
Zach Griff is a senior reporter at TPG. He writes travel and product reviews, deep dives into loyalty programs, news about the airline industry and more.
Follow
May 26, 2022
•
7 min read 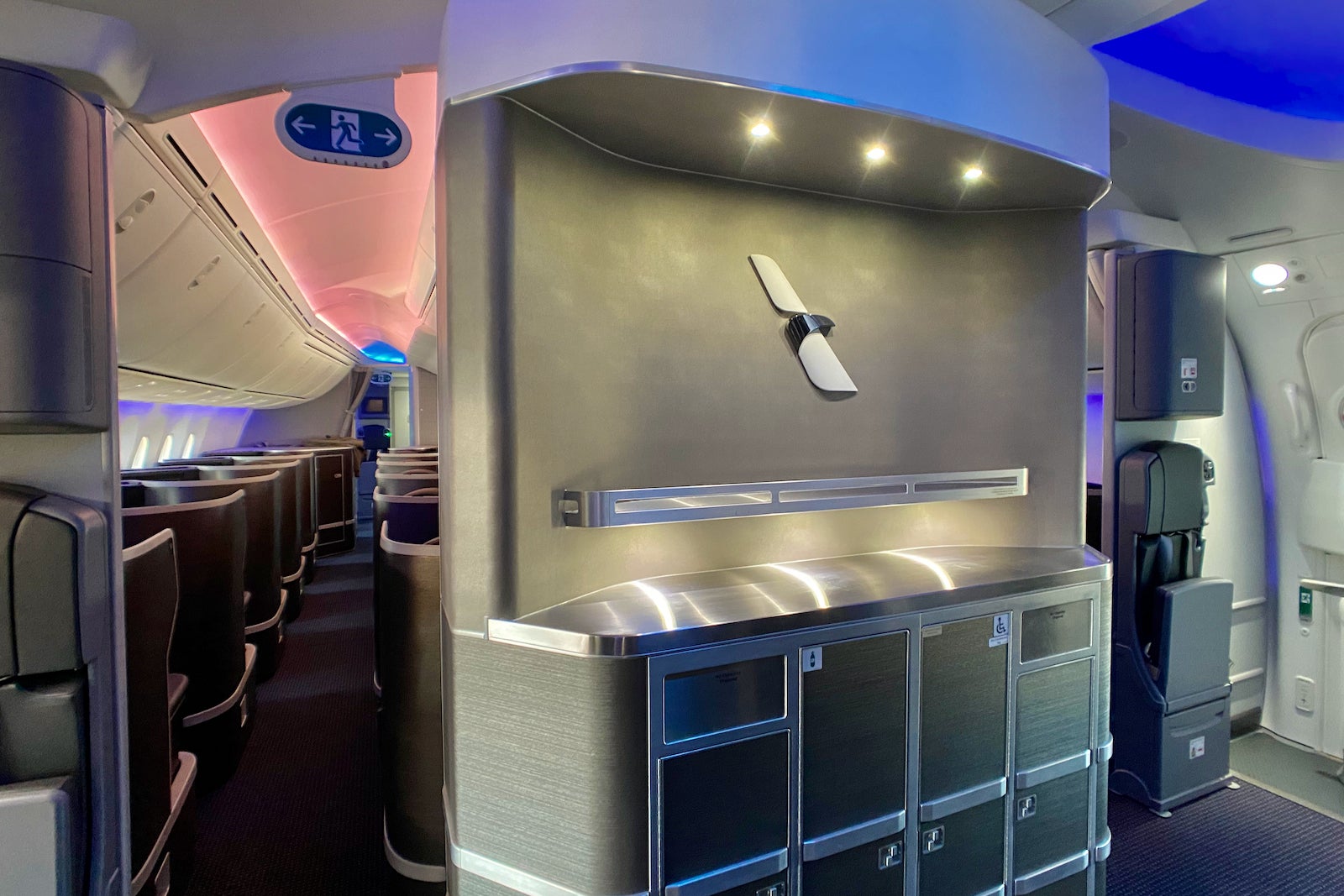 American Airlines is making some big adjustments to its long-haul network.

The Texas-based carrier gave an update on its international route strategy on Thursday afternoon in an internal memo, a copy of which was shared with TPG.

The airline is cutting seven routes from its future schedules, as it adjusts its flying to softer-than-expected demand. Several high-profile flights are getting adjusted, so be sure to check out the full details below.

American will remove the following seven flights from its current selling schedules:

Interestingly, American cites "reduced" or "soft" demand for most the adjustments, with no mention of the delayed 787 Dreamliner deliveries as the reason for the adjustments.

Perhaps the most two interesting cuts are the Seattle to Bangalore and Dallas-Fort Worth to Tel Aviv routes. These hotly anticipated flights were first announced in early 2020 and 2021, respectively, and neither of them has yet to take off.

American's 8,078-mile Bangalore service was poised to return the carrier to India for the first time since 2012. It was originally going to take off in October 2020, but the pandemic delayed it multiple times.

Though Seattle isn’t an American hub, it is a hub for one of American's domestic partners, Alaska Airlines. As part of a new West Coast International Alliance between the two carriers, Seattle is becoming an “international gateway” with Alaska feeding connecting passengers to American’s new long-haul flights from SEA.

While that partnership has since commenced (and Alaska joined the Oneworld airline alliance), the flagship Bangalore route, which will heavily rely on business travelers, isn’t ready to take off.

Over the weekend, we paused the launch of scheduled service between Seattle and Bengaluru, India, until Summer 2023. The safety of our customers and team members is American’s top priority. As this route requires flying through airspace currently involved in a military conflict, we postponed the flight out of an abundance of caution. We’re proactively reaching out to customers scheduled to travel on affected dates to offer alternate options.

Interestingly, American unveiled a second new India flight in 2021, from JFK to Indira Gandhi International Airport (DEL). This one was announced in conjunction with the airline’s Northeast Alliance with JetBlue Airways and commenced on Oct. 31, 2021.

Dallas-Fort Worth to Tel Aviv

Meanwhile, scrapping plans to serve Tel Aviv from Dallas-Fort Worth might not surprise many aviation observers.

Before the pandemic, American hadn’t flown to Tel Aviv since January 2016. Now, it serves Israel from two hubs — daily service from JFK and three-times-weekly service Miami International Airport (MIA); these routes were launched on May 6, 2021, and June 4, 2021, respectively.

In a statement confirming the move, American shared:

Due to soft demand, we’ve made the difficult decision to cancel planned service between Dallas-Fort Worth and Tel Aviv (TLV). American is committed to Israel – we currently serve TLV from Miami and New York-JFK. We’re proactively reaching out to customers scheduled to travel on affected dates to offer alternate travel arrangements.

American had plans to launch a third Tel Aviv route, three times weekly from its DFW mega-hub on Nov. 1, 2021, but it was since delayed multiple times. Interestingly, of the three Israel routes, the airline announced DFW first, and it'll end up being the one that doesn't launch.

American cites "reduced demand" as the reason for canceling flights between DFW and Lima, Peru, and between New York City's JFK and both Cali and Medellin, Colombia, effective Nov. 3, 2022.

The carrier will continue to serve all three cities from its Miami hub.

Interestingly, the Cali and Medellin routes were originally announced in conjunction with an expansion of the Northeast Alliance tie-up with JetBlue. It'll be interesting to see if American adds service elsewhere to compensate for these cuts.

While the flight has been suspended for the entirety of the pandemic, it's finally coming back — but with a big change. Instead of flying the route from LA, American will shift the service to its mega-hub in DFW. The flight will operate daily between Oct. 29, 2022, and March 25, 2023.

For those keeping close tabs on American's routes to Oceania, you might remember that American had originally announced service between DFW and Auckland back in 2019 (under its Qantas partnership). At the time, the plan was for the service to be in addition to flights from LA.

Obviously, the airline doesn't think the economics will work to support two routes, so the carrier is choosing to re-launch service its New Zealand service from DFW instead.

In a statement, American shared:

American Airlines is excited to launch nonstop winter seasonal service between Dallas-Fort Worth (DFW) and Auckland, New Zealand (AKL), beginning Oct. 29. Originally announced in 2019, the route was not launched due to the coronavirus pandemic. American last served AKL in 2020 with service from Los Angeles. Providing service to DFW allows us to connect more customers to New Zealand with a more convenient schedule. The DFW-AKL flight will operate daily with a Boeing 787-9 aircraft.

For American flyers based in the LA area, this latest change will likely sting. In recent years, American has scaled back its long-haul flying from LA, and this is just the latest example.

American's DFW to Auckland flight will clock in at 7,440 miles and will be operated by a 285-seat Boeing 787-9 Dreamliner, featuring 30 business-class pods, 21 premium economy recliners, 34 extra-legroom coach seats and 200 standard coach ones.

Montevideo service is coming back

American will once again connect the U.S. with Carrasco International Airport (MVD) in Montevideo, Uruguay later this year.

American will deploy a 234-seat Boeing 787-8 Dreamliner on the route with 20 business-class pods, 28 premium economy recliners, 48 extra-legroom coach seats and 138 standard coach ones.