'It's a really simple program': American's AAdvantage director spills the details behind all the changes 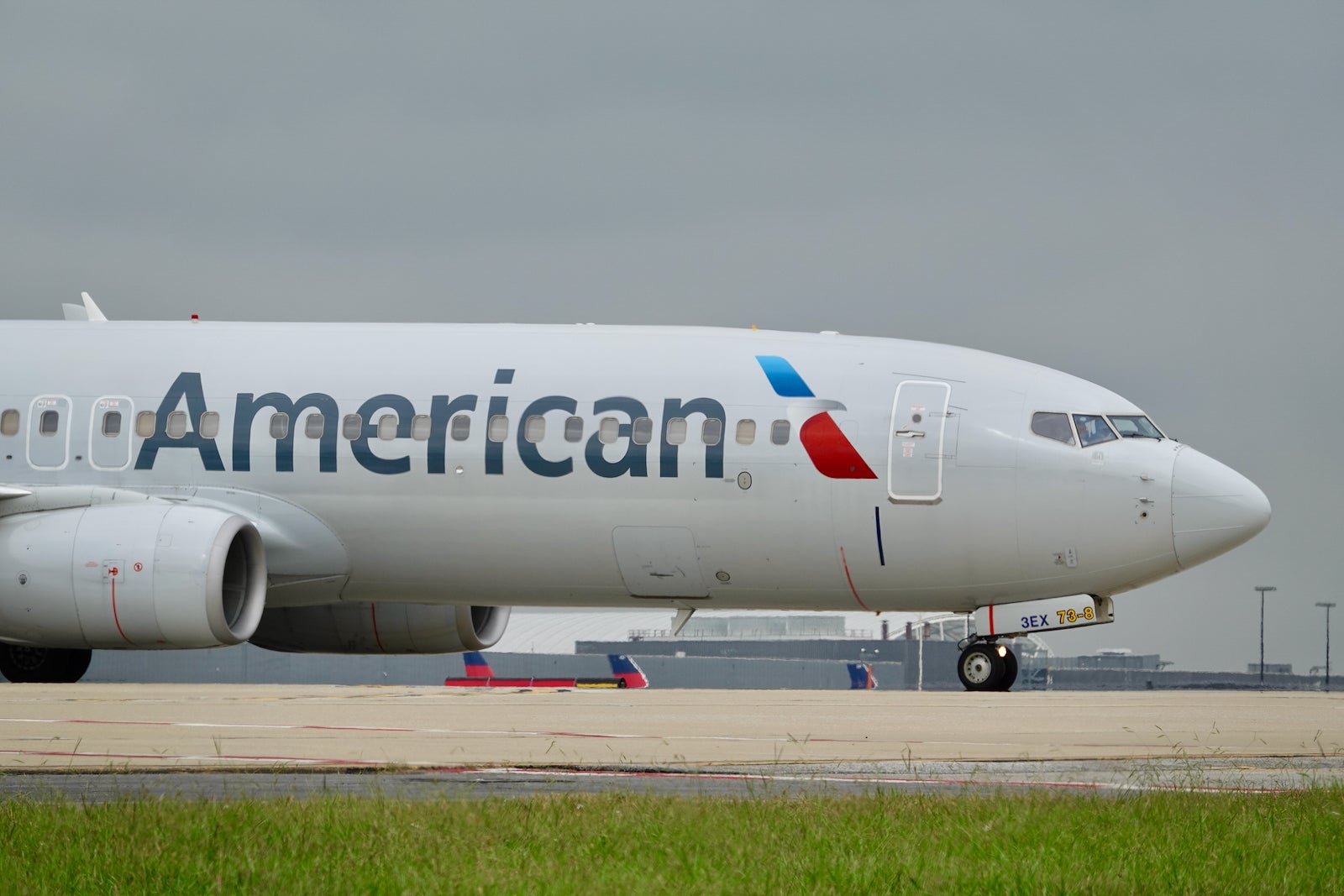 It’s a big day for American Airlines frequent flyers as the carrier is out with a completely revamped elite program. Though the benefits aren’t changing, the way you achieve status is getting a big overhaul.

In the days leading up to the announcement, TPG spoke with Heather Samp, managing director of member engagement, to learn more about the changes.

"We are really trying to imagine and redefine what loyalty looks like,” Samp said. But that’s only scratching the surface — read on for more about Samp’s perspective on the program changes.

The pandemic informed the changes

American Airlines has been working on revamping its loyalty program for a while. We've heard hints of the changes coming from prior interviews with the program's executives, and now we have the details.

But like most of the airline's operations, the pandemic is dictating how the loyalty program evolves. "Through the pandemic, we didn't see people traveling as often as they had in the past, but yet we still had a really engaged member base," Samp said.

Whether it was spending on cobranded credit cards or earning miles through other non-flying activities, members "had a promise of traveling with us in the future," according to Samp.

Despite being grounded by the virus, these would-be travelers were still engaging with the program and proving their value to American.

From the airline's point of view, this new view of a traveler's journey — from spending on a cobranded card, to earning miles from dining out and then ultimately flying with American — is what it says characterizes the redesigned loyalty program, according to Samp.

Award charts are here to stay... for now

Even since outgoing AAdvantage president Rick Elieson chatted with TPG about the future of award charts, there's been lots of speculation that American would bid farewell to them in the coming months.

Well, that's not happening right now, according to Samp, who said that "I know there's been a lot of speculation within the space, but this is what we have been working on... really reimagining what loyalty is to American and how we reward people via status."

To dispel the rumors, Samp continued, "This is our program for next year. We still have the same MileSAAver, AAnytime, Web Special fares, those are all still out there... This is the change for the 2022 program," referring to the elite status adjustments.

Of course, that doesn't mean American won't ultimately retire its award charts in the future, but it now sounds like that's at least a year away if it happens.

Customer input helps with the name

While American ultimately landed on naming its new currency "Loyalty Points," the airline was considering calling them "Elite Points" or "Status Points," according to Samp.

So, who came up with the name Loyalty Points? "Our members actually," Samp said. The airline performed anonymous customer research throughout the program redesign.

Asked about why Loyalty Points was preferred, Samp reasoned that it's about the implication of the word "loyalty."

"For us, loyalty was not really an individual showing that they are better than anyone else, which is maybe notated in the word 'elite,' but just rather a better reflection of their interaction with our brand and with our airline," she added.

Another area where member feedback informed a program decision was determining the scale for the number of Loyalty Points you'd need to earn status.

Turns out, members didn't love that idea. "The research suggested that it just felt a little flat that I would fly and you would give me maybe 11 loyalty points. That just seemed really small," according to Samp.

This could expand American's elite pool

Samp isn't concerned that current elites will flock to other carriers with more traditional elite qualification metrics, like Delta — which still uses miles flown in addition to spend for earning status

In fact, it's quite the opposite. In her mind, she believes that, "because this is much different than everything out there, we'll attract even more customers that will come to American and experience the benefits of our network and our products."

Of course, time will tell whether her hypothesis will be validated, but of the Big 3 U.S. airlines, American's new program is the only one that now counts your cobranded card spend and non-flying activity in your elite-status calculation.

But, if you’re planning to qualify for top-tier status for the first time exclusively from American flights, you’d be looking at nearly $27,000 in travel — a nearly $12,000 jump compared to the outgoing qualifying metrics. (For those doing the math at home, it might seem like the travel spend would be $40,000 based on a 5x multiplier — but that doesn't take into account earning higher multipliers as you qualify for each successive level of status.)

American is leaning into its card portfolio

Speaking of the AAdvantage credit card portfolio, the move to Loyalty Points highlights the importance of getting customers to engage with this aspect of the program.

At the height of the pandemic, American's loyalty program was valued at somewhere between $18 and $30 billion. Much of that value comes from the credit card portfolio, especially considering all the miles that American (and its competitors) sell to card issuers.

By tying elite status more directly to credit card spend, American is incentivizing flyers to put their AAdvantage credit cards at the top of their wallets — which will ultimately contribute to the program's bottom line.

Samp expounded on the idea that the change would further engage customers, saying "with our card you're not only earning the award miles to go and reward yourself in the future, but now you're earning status, which really equates to recognition when you're using our product."

As part of the program revamp, the elite-qualifying period is changing. Instead of earning status during a calendar year, the new period will last from March 1 through Feb. 28 (or Feb. 29) of the following year.

American will be unique among the "Big 3" U.S. airlines in doing this, but Samp's reasoning makes a lot of sense.

For one, it'll eliminate the need to take a last-minute trip at the end of December to re-up your status. "That time of year [around the December holidays], a lot of people want to be in a destination. They want to be with their family, relax from the year, reflect on their accomplishments," Samp explained.

Additionally, American wanted to ensure that year-end holiday purchases on cobranded cards would count toward status. Since the charges you accrue in December likely won't post to your AAdvantage account until January or February, the shift in the program year will mean that this spending will "actually count towards their status," said Samp.

While American will award status through Loyalty Points, it's adding a big caveat for top-tier Platinum Pro and Executive Platinum elite. To unlock the additional rewards of these tiers, including systemwide upgrades, Admirals Club passes and bonus AAdvantage miles, these members will also need to fly at least 30 segments on American and its partners during the program year.

Defending the move, Samp explained, "We want this to be a nod to the fact that we are an airline and the benefits within the Loyalty Choice Rewards menu really is a nod towards flyers."

Of course, hitting 30 segments could pose a challenge for an occasional top-tier elite who takes four or five expensive premium-cabin long-haul trips in a given year, but Samp believes that "simply being on the aircraft 30 times is enough for us to say that you're frequent in the air with us. The Loyalty Choice Rewards are more of a reflection of that loyalty to AAdvantage."

There's been a big leadership change in American's AAdvantage program. Rick Elieson, the new president who first took over from Bridget Blaise-Shamai in June 2020, announced his resignation in early September, giving him a roughly year-long stint as the head of AAdvantage.

While Samp "can't speak for Rick," she thinks that Elieson would "definitely" be proud of this moment in the AAdvantage program's history.

During Elieson's tenure as president of AAdvantage, he oversaw much of the work that culminated in Tuesday's loyalty program revamp. Last October, he spoke to TPG about his view on loyalty and noted that "I’m a big believer in lifetime value. The new customer has the greatest potential value.”

With the revamped program, it's clear that there's an increased emphasis on making American the carrier of choice both in the air and on the ground. American can now bring in a new customer via the cobranded credit card and get them on the elite status hamster wheel, too.

"This is no one individual," Samp explained, "the AAdvantage program is an American Airlines program. And so this outcome is the work of many, many, many people that are creating this platform to make it easier for our members to earn status for future years."