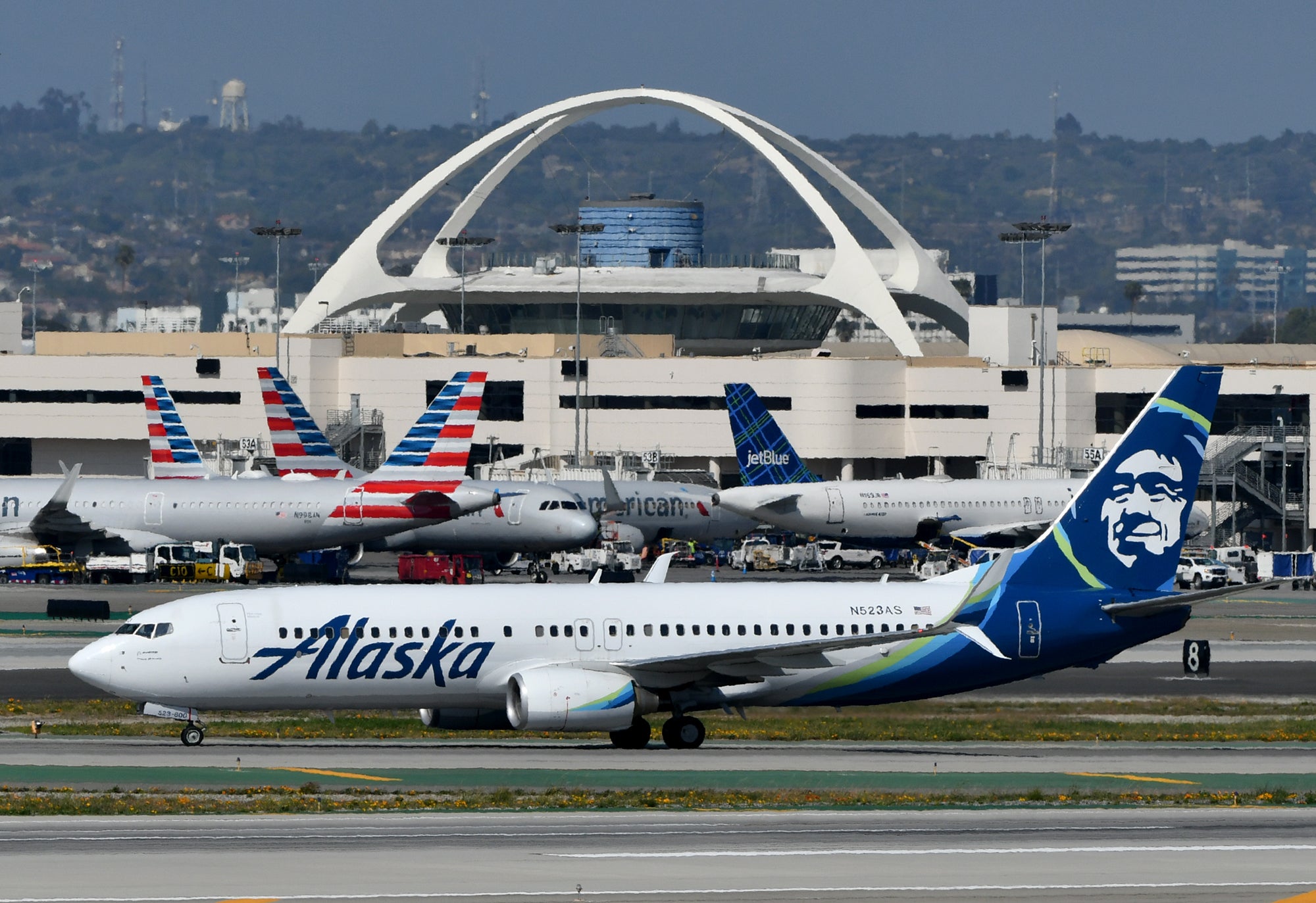 Alaska Airlines makes bigger play for Los Angeles with 8 new routes from LAX
This post contains references to products from one or more of our advertisers. We may receive compensation when you click on links to those products. Terms apply to the offers listed on this page. For an explanation of our Advertising Policy, visit this page.

There are big competitive changes coming to Los Angeles International Airport this fall, and everyone seemingly wants in on the action.

Alaska Airlines plans to fly 35 routes from Los Angeles (LAX) — its most ever — by the year's end. That will come after eight new routes that will launch between September and December, the Seattle-based carrier said Thursday. The additions range from Eugene (EUG) and Medford (MFR) in Oregon to Kona (KOA) and Lihue (LIH) in Hawaii, and Tampa (TPA) in Florida.

In addition, the airline will add three routes to Florida from other airports along the West Coast. Nonstop flights between Seattle (SEA) and Fort Myers, Florida (RSW), will begin Nov. 20, as will flights to Fort Lauderdale (FLL) from both Portland, Oregon (PDX), and San Diego (SAN).

The new routes are just the latest from airlines that target traditional holiday markets and those with open spaces during the coronavirus pandemic. But Alaska's additions come just as the recovery in air travel stalls and questions over who will be flying this fall — leisure travel traditionally gives way to more business flyers after Labor Day — are top of mind at the nation's carriers.

"There’s a lot of unknowns around markets that skew a bit more business heavy and what happens after Labor Day," Brett Catlin, Alaska's managing director of alliances and capacity planning, told TPG in an interview. The airline's new routes are something of a "diversification strategy so that we have a couple of different angles for winter."

Wall Street analysts are warning of a tough autumn for airlines. The recent resurgence in COVID-19 cases has many large corporations rethinking plans to return staff to offices this fall, a fact that does not bode well for a return to the skies. On July 14, Raymond James analyst Savanthi Syth said she does hot expect business flyers to return in a "significant way" until 2021.

For Alaska, this could mean fewer cross-country flights to the Northeast — Boston and New York, for example — that are typically full with business travelers and more flying to Florida and along the West Coast, Catlin said. He emphasized that the airline has not finalized its schedule plans for the winter beyond the new routes.

Executives have previously warned that Alaska will be a smaller airline in 2021 than it was in 2019, and may have to shed some 3,000 jobs.

Alaska is not the only airline making a play for Los Angeles during the pandemic. JetBlue Airways unveiled plans to open a new base at LAX with seven new routes in October. The operation will replace its long-standing base at nearby Long Beach (LGB), where it will end service on Oct. 6.

Asked about the timing vis-a-vis JetBlue, Catlin called it "coincidental." He said the new routes were the result of more a more than six-month evaluation of growth opportunities for Alaska at LAX, an airport he described as a "super important hub" for the airline.

Based on pre-pandemic schedules, JetBlue will compete with Alaska on four routes from LAX beginning in October: Las Vegas (LAS), Salt Lake City (SLC), San Francisco (SFO) and Seattle. In addition, the airlines will face-off between LAX and Bozeman, Montana (BZN), when Alaska begins service in November.

Alaska will also compete with JetBlue on its two new routes to Fort Lauderdale, which is a base for the latter airline.

Alaska's play for LAX also pits it against partner American Airlines on six routes. Before the crisis, the Fort Worth, Texas-based carrier flew between Los Angeles and six of the cities Alaska is adding: Bozeman, Eugene, Fresno (FAT), Kona, Lihue and Medford.

“There are many markets where we compete with American on, we see these as kind of complementary with the added frequency but it’s a competitive situation nevertheless," Catlin said when asked about the overlap.

American has only published plans to return to the Kona and Lihue routes to date, according to Cirium schedules. Airline spokesperson Nichelle Tait told TPG that resuming the other routes "remains to be seen" depending on how air travel demand recovers.

Catlin added that Alaska's new routes are also designed to connect with its future Oneworld alliance partners. The airline aims to join Oneworld by the end of the year.

The coronavirus appears to have thrown out the typical U.S. airline network planning playbook. Alaska and JetBlue are making plays to build new bases or expand existing ones in various markets, while American has abandoned its long-held goal of building an Asia gateway in Los Angeles. More changes are undoubtedly coming, though the full extent may not be evident for some time.

In Los Angeles at least, both Alaska and JetBlue see their recent route announcements as something of an investment in future potential growth. Scott Laurence, senior vice president of airline planning at JetBlue, told The Cranky Flier on July 13 that the carrier's new LAX base was, in a way, to "strategically position" the airline for future growth.

Catlin made a similar comment about Alaska's new routes being a "down payment" on its future at the Southern California hub. He added that with the majority of Terminal 6 at LAX under Alaska's control, the airline has no concerns about facility constraints limiting its growth.

In 2019, Alaska was the fifth-largest airline at LAX with a nearly 8% share of the airport's 86 million passengers, according to Bureau of Transportation Statistics data via Cirium. JetBlue was the seventh-largest with just over a 2% share of passengers.

Alaska is also reviewing its pre-coronavirus decision to close its Airbus pilot base at LAX, said Catlin. The final decision will be a "function" of the airline's future network and fleet plans.

Alaska will add the following routes from Los Angeles beginning in September:

Previous route additions by Alaska at LAX in 2020:

Other new Alaska routes this winter: