Articles
David Slotnick is a senior aviation business reporter at TPG. He covers anything and everything to do with the business of running an airline.
Follow
March 26, 2021
•
8 min read 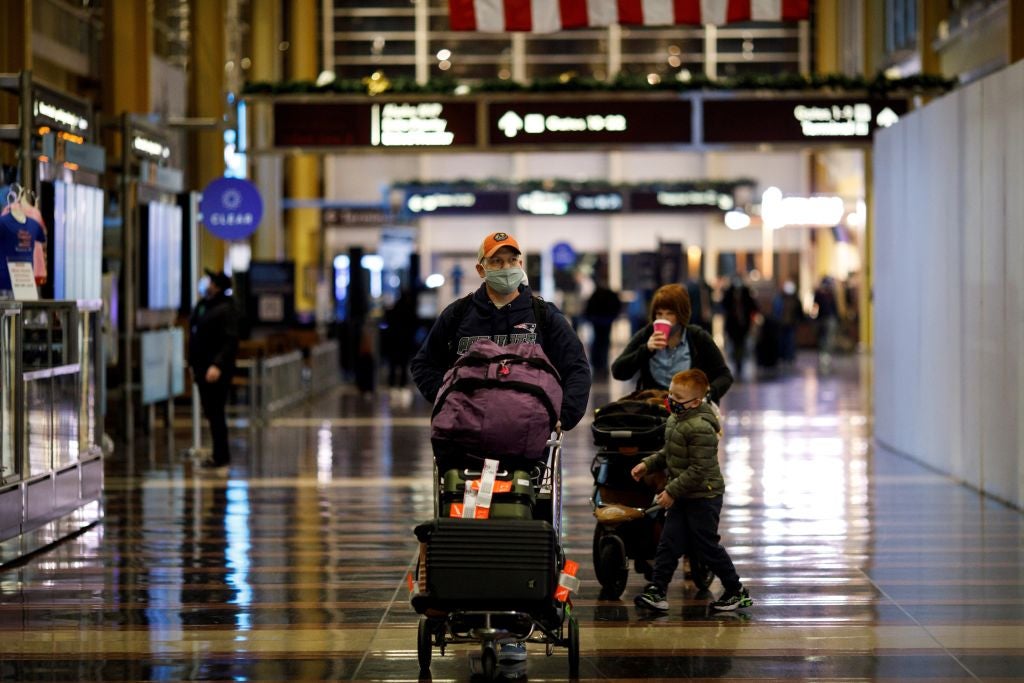 It took 2 1/2 hours for Kathryn Schalow to get a call back from Delta when she tried to book a flight using a credit from a canceled trip. Chris Ruegsegger spent more than two hours on the phone with United to deal with an itinerary change on an award ticket, while Sonya Sneed called Delta four separate times. She spent hours on hold before she eventually managed to get an answer to her question by text message at 4 in the morning.

In recent weeks, airline customers have noticed longer and longer hold times when calling reservations desks — even members with elite status, who have access to dedicated phone lines with shorter queues.

The difficulty reaching airlines comes at an inconvenient time, although it would be hard to call it an unpredictable one. Air travel demand is soaring as the COVID-19 vaccine rollout continues. Over 14% of the population has been fully vaccinated so far and more than a quarter have received at least one dose, according to CDC data. All adults will have access to the vaccine by the end of May, President Joe Biden said earlier this month.

That has left Americans optimistic about travel for the end of the year. After a year of lockdowns and social distancing, people are eager to go on vacation, visit family members or simply travel for a change of scenery.

A travel surge has already begun. The number of people passing through airport security checkpoints has now topped 1 million for 14 days in a row — the first time there’s been such a streak since the pandemic first decimated U.S. air travel a year ago. What’s more, forward bookings — trips made for travel at a later date — are climbing steeply, so much so that United and Alaska say they are likely to reach positive cash flow this month, another pandemic-era first.

Complicating this news for passengers and airlines — and tying up the phone lines — are vouchers, credits and unused passes.

The biggest US airlines issued more than 20 million vouchers and credits in 2020, worth over $10.4 billion

As the novel coronavirus outbreak went from localized health scare to global pandemic in early 2020, airlines saw a rash of cancellations. It quickly became evident that the crisis, which initially seemed like it would last only weeks, would actually affect every facet of life for months. Then years. People canceled spring and summer vacations, and even though a break in cases led to some flying over the summer and for the holidays, demand and bookings fell again during subsequent waves of infections.

In a few cases, airlines issued cash refunds as customers canceled trips — generally just when the original ticket was refundable, or when the airline itself had canceled a flight and was legally required to offer a full refund. Delta reported in an annual investor update that it had refunded $3.1 billion in cash to customers in 2020, while Southwest wrote in an investor document that it had returned $934 million of cash to customers. American and United did not specify in their reports how much money they refunded to passengers.

However, the bulk of those canceled trips resulted in vouchers or credits. Most airlines adjusted their cancellation and change policies during the pandemic, giving passengers the option to cancel their trips and receive a credit for future travel. Under the normal policies, people would have been hit by change fees or would have lost the value of their unused tickets.

Notably, airlines also tried to convince passengers to willingly accept credits even when a refund was required, prompting enforcement notices from the Department of Transportation.

By the end of 2020, the biggest four airlines issued around 21.5 million credits and vouchers, worth a combined $10.4 billion.

Delta, for instance, issued more than $2.6 billion worth of travel credits last year, according to accounting figures published in its annual earnings report. American also issued $2.6 billion worth of vouchers, while United issued $3.1 billion of credits in the form of electronic travel certificates and future flight credits. By the end of 2020, Southwest had $2.1 billion of outstanding travel credits.

The experience of using these vouchers and credits can vary widely, depending on the airline, type of trip being booked and other payment methods. Sometimes, it's possible to redeem those vouchers online, as easily as purchasing a ticket with a credit card.

Other times, customers may need to speak with a reservations agent. Further gumming up the works — and the phone lines — are those trying to use multiple vouchers, combine forms of payment or use other benefits that have been piling up during the pandemic, such as companion passes.

Although the number of credits issued has not been released by the airlines — just the aggregate value, about $10.4 billion among the big four U.S. airlines — the average value of those vouchers is $484, according to data compiled by TripActions, the corporate travel management platform. Together, those figures suggest the total quantity of vouchers is in the 20-million range."

This calculation does not include smaller airlines such as JetBlue and Alaska, which each typically reported under $1 billion in outstanding flight credits.

Using airline vouchers and credits can be a challenge — that, plus demand, is contributing to long hold times with reservations desks

The surge in forward bookings and travel demand, combined with the fact that there appear to be more than 20 million vouchers waiting to be used — some of which are expiring soon — goes a long way toward explaining the long hold times airlines are facing.

There are also a few other complications, such as record-breaking winter storms in the Denver area last week, that threw airline operations into disarray. Jacki Stirn, a Denver-based United customer, said she did not hold her long wait time against the carrier given the weather.

Then there's the fact that even despite Payroll Support Program funding, more than 62,000 airline workers took buyouts or early retirements, or otherwise left the industry, since mid-March 2020. Of the remaining employees, airlines have shifted duties based on need, meaning there are fewer workers manning the reservation lines.

That means that for passengers like Sneed, trying to call an airline can be an exercise in patience.

Sneed noted that this was a new problem. When she called Alaska and Hawaiian Airlines in January to redeem vouchers for future trips, the hold times were more reasonable.

The surge in vaccination rates and travel demand are exacerbated by the fact that some of these vouchers are now running up against expiration dates, since they were first issued at the beginning of the pandemic. Without further extensions by airlines, customers now face a use-it-or-lose-it scenario. That's what led one traveler, Jennifer Marchione, to spend more than an hour on hold with American Airlines to book a trip before it was too late.

It is likely that even as demand continues to climb, the situation will improve somewhat. A spokesperson for American Airlines, Rachel Warner, told TPG that the airline was working to resolve the issue of "longer than usual hold times."

"While call wait times are longer, we recently began the process to return more representatives to work so that we can better support our customers," Warner said, noting that the past few weeks have seen the strongest bookings rates since the pandemic began.

A spokesperson for Southwest noted the winter storms affecting operations and recent fare sales driving up demand, and a Delta spokesperson noted higher call volume as demand grows, saying that the airline was in the process of increasing staffing. United similarly noted an increase in recent call volume, and said the airline was increasing staffing and improving call center technology.

In the meantime, if you find yourself needing to contact airline reservations, your best bet is to plan ahead, allow extra time and try to be patient.

Related stories
Should you buy Marriott points with a 50% bonus?
5 secrets to getting a luxury cruise for less
Deal alert: Widespread Air Tahiti business class award space to French Polynesia
This no-annual-fee card earns 2% cash back on every purchase — and automatically applies your rewards
Featured image by Xinhua News Agency/Getty Images
Editorial disclaimer: Opinions expressed here are the author’s alone, not those of any bank, credit card issuer, airline or hotel chain, and have not been reviewed, approved or otherwise endorsed by any of these entities.