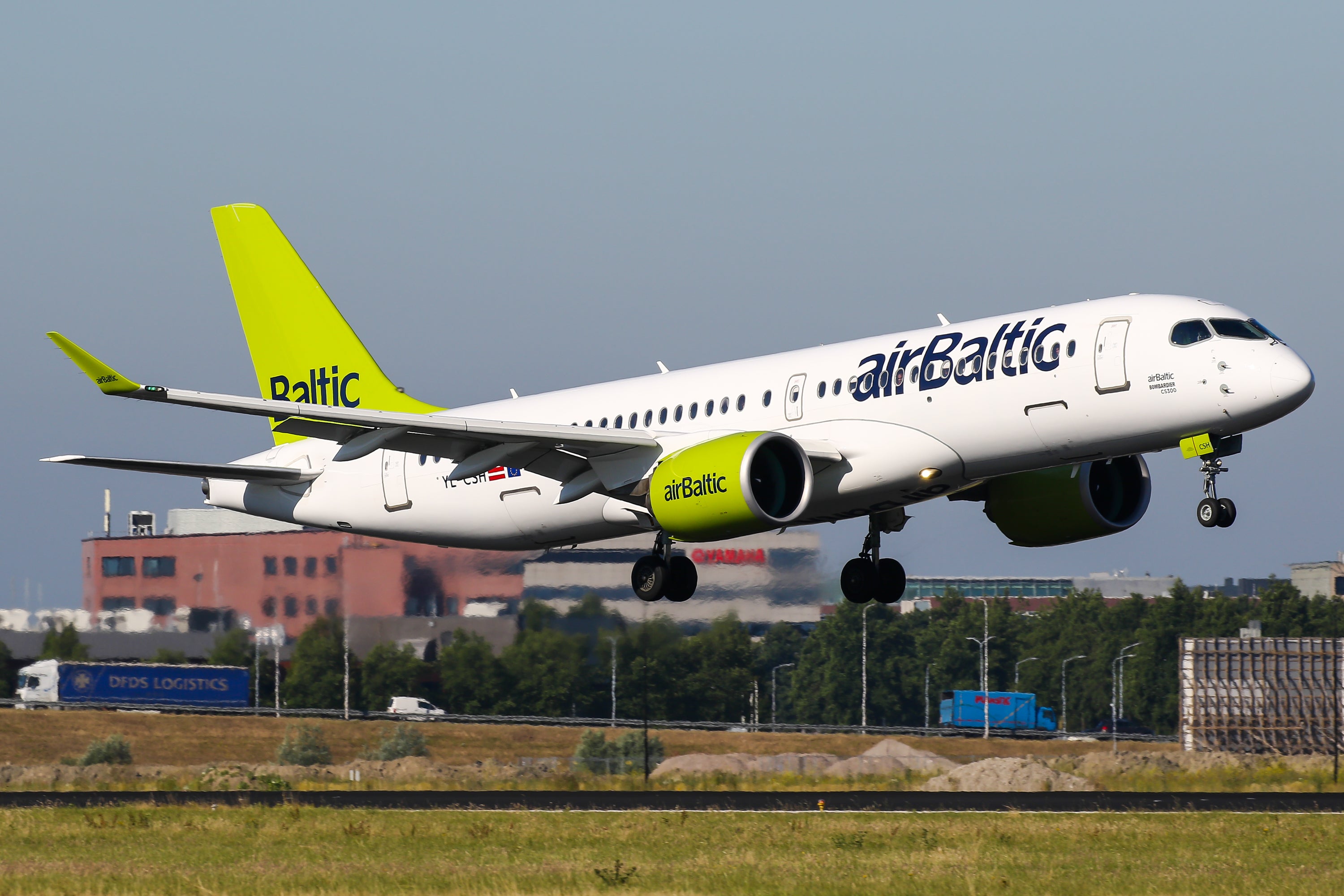 Air Baltic wants to partner on a new route to New York
This post contains references to products from one or more of our advertisers. We may receive compensation when you click on links to those products. Terms apply to the offers listed on this page. For an explanation of our Advertising Policy, visit this page.

Air Baltic wants a connection to the U.S.

“We could fill a flight to New York with passengers,” said Martin Gauss, CEO of the Latvian carrier, in what amounts to an open invitation to a potential U.S. partner interested in serving Air Baltic's Riga (RIX) hub.

Speaking with TPG at the World Routes conference in Adelaide, Australia, on Sunday, Gauss said Air Baltic generates enough New York-bound traffic over the Latvian capital to fill a flight. The only thing stopping it from offering one is its fleet of Airbus A220-300s that do not have the range for the roughly 4,200-mile route.

Air Baltic has no plans to buy an aircraft that does have the range, Gauss continued. Instead, it is focused on building a fleet of at least 80 A220 aircraft that can serve routes throughout Europe, Northern Africa and the Middle East.

The carrier serves 68 destinations from Riga, the furthest afield being Almaty (ALA) in Kazakhstan at 2,462 miles and Tel Aviv (TLV) at 1,798 miles, according to Diio by Cirium schedule data.

Asked if Air Baltic codeshares with any of these carriers to New York, Gauss said only KLM via Amsterdam (AMS) at present.

The idea of a nonstop to Riga by one of the big three U.S. carriers – American Airlines, Delta Air Lines and United Airlines – would have been unlikely several years ago. However, in recent years, American and United have been increasingly willing to test new transatlantic markets with several flights-a-week during the peak summer season to see what works and what does not.

Some of these routes have stuck, like American’s service between Philadelphia (PHL) and Dubrovnik (DBV). The airline launched three-weekly flights this summer on the route and, citing strong demand, will return to the market with more frequent daily flights in 2020.

Other routes have not worked. American’s seasonal flight to Bologna (BLQ) from Philadelphia this summer “struggled,” as the airline’s network head Vasu Raja recently put it, and will not return next year.

Related: How American Airlines’ Path to Africa Landed in a Gin Joint in Casablanca

If a U.S. carrier was willing to test Riga, Air Baltic would be more than willing to "facilitate" their entry into the market as well as partner with them, said Gauss.

"I wonder if they even know where Riga is," he lamented when asked if either of the big three have shown interest in serving the city.

But that apparent lack of geographic knowledge is not stopping Air Baltic from trying and, with the U.S. airlines increasingly willing to take chances on new long-haul routes, a Riga flight is not outside the realm of possibility.