Amazing: No Reports of Fatalities After Fiery Aeromexico Crash

Articles
Emily McNutt is The Points Guy's Global News Editor and is based in London.
Follow
July 31, 2018
•
2 min read 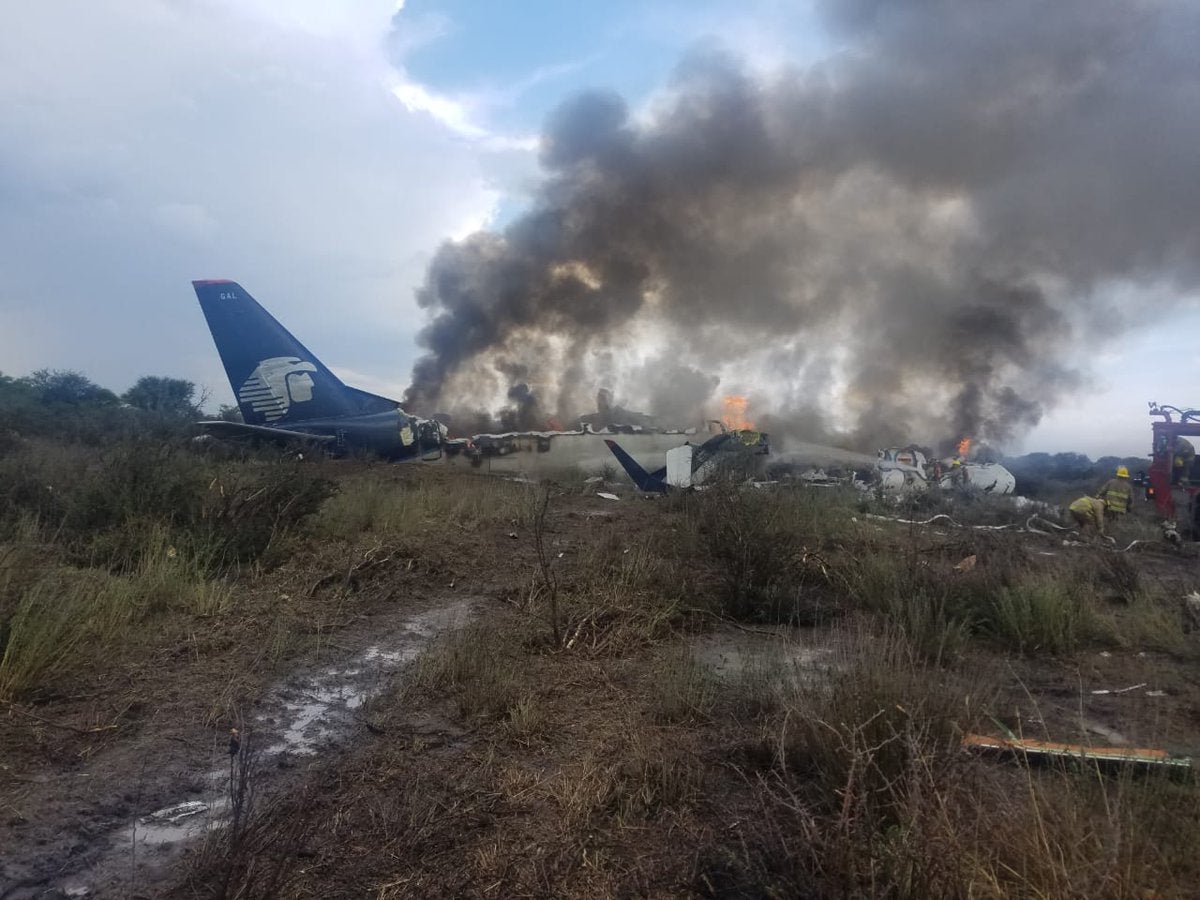 Amazing: No Reports of Fatalities After Fiery Aeromexico Crash

An Aeromexico aircraft traveling from Durango, Mexico (DGO) to Mexico City (MEX) crashed just after taking off on Tuesday afternoon, but no deaths have been reported among the 101 occupants as a result of the crash, according to Durango officials as well as Aeromexico.

Aeromexico Flight 2431 attempted to take off from DGO during bad weather with strong winds, according to Durango state governor José Rosas Aispuro Torres. The Embraer E-190 regional jet attempted to abort the takeoff, the governor said according to Mexican media, but was too late in doing so and went down just after the runway ended, at around 4pm local time.

(The tweet above incorrectly identifies the plane as a Boeing 737.)

"It is confirmed that there were no deaths following the accident of Flight Aeromexico 2431," Aispuro Torres wrote on Twitter. "At this moment on behalf of the cabinet, led by Coordinator Rosario Castro, to attend to the injured and cooperate with airport authorities with what has occurred."

According to Mexican Transportation Minister Gerardo Ruiz Esparza, there were 97 passengers and four crew members on board. At this time, it remains unclear how many — if any — of those passengers and crew were injured as a result of the crash.

Photos and video from the scene show emergency responders as well as smoke, however, the governor of Durango says that the fire from the aircraft is controlled at this time.

This is a developing story. Stay tuned to TPG for more updates as they become available.