Articles
Max Prosperi is a part-time frequent flyer and travel writer and full-time student. Based in St. Louis, Missouri, Max covers a variety of topics with a focus on points, miles, and aviation.
Follow
May 05, 2019
•
2 min read 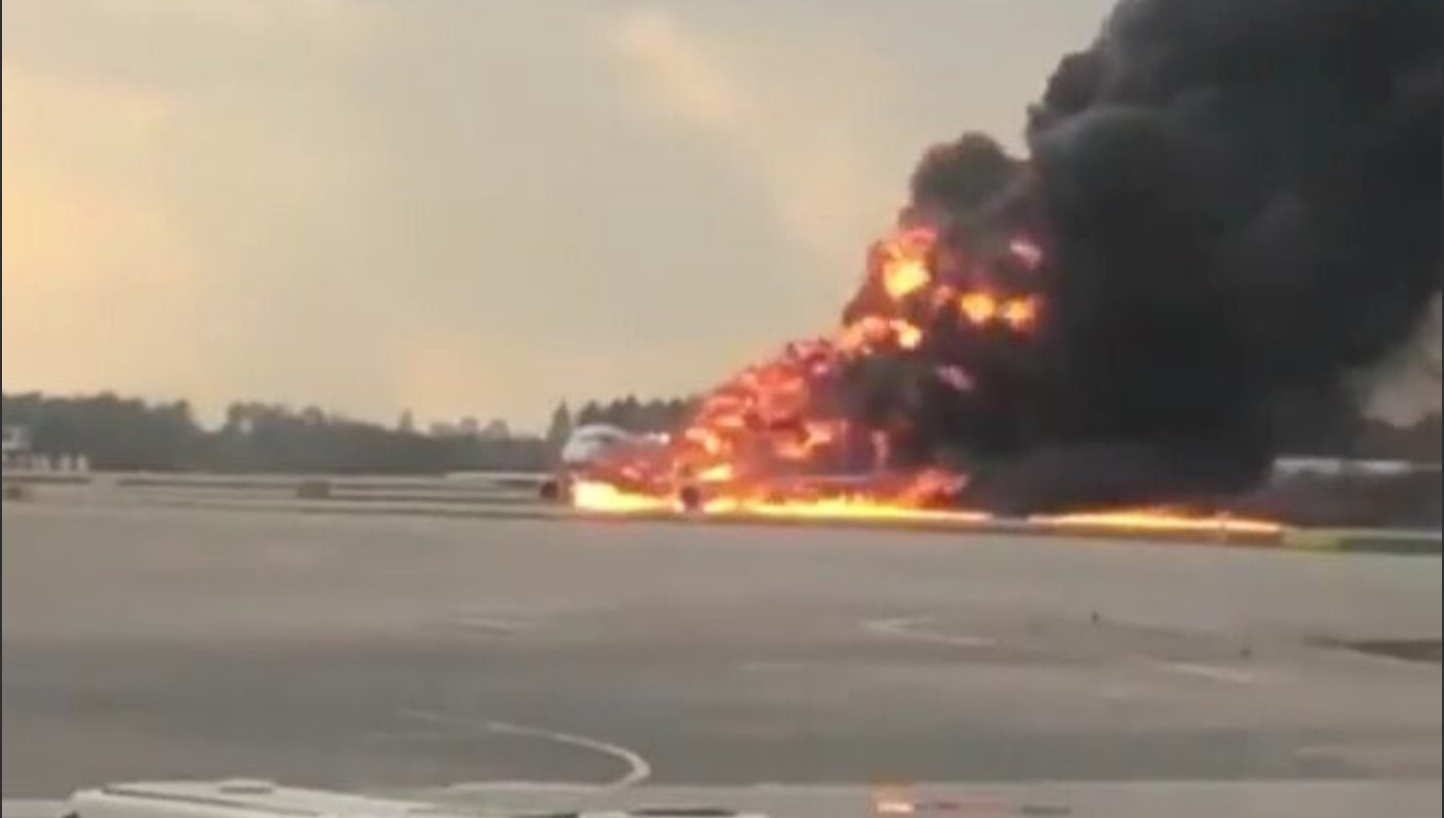 Around 6:30pm local time on Sunday, an Aeroflot Sukhoi Superjet operating a domestic flight made a dramatic emergency landing in Moscow. Russian news agency Tass is reporting that the incident has resulted in 13 fatalities with additional injuries.

Images and video of the landing show the narrow-body aircraft skidding down the runway with both wings engulfed in flames. No emergency crews can be seen on either side of the runway. Once the aircraft comes to a stop, passengers can be seen evacuating the aircraft via slide. The footage appears to show the two forward doors as the only two operable exits as a result of the fire.

Flight SU1492 departed Moscow-Sheremetyevo (SVO) bound for Murmansk, Russia (MMK) with 78 passengers and five crew members on board and was being operated with a Russian-built Sukhoi Superjet 100 with the registration RA-89098. The nearly two-year-old aircraft climbed off the runway and shortly thereafter reportedly encountered a problem and declared an emergency. Around 27 minutes after takeoff, the aircraft made an emergency landing at SVO.

This story is still developing and details are quite limited at this time. The Points Guy will continue to monitor Flight SU1492 and provide updates as they become available.

Featured image by (Image from unknown source via Twitter)