Articles
Emily McNutt is The Points Guy's Global News Editor and is based in London.
Follow
Jan. 17, 2019
•
4 min read 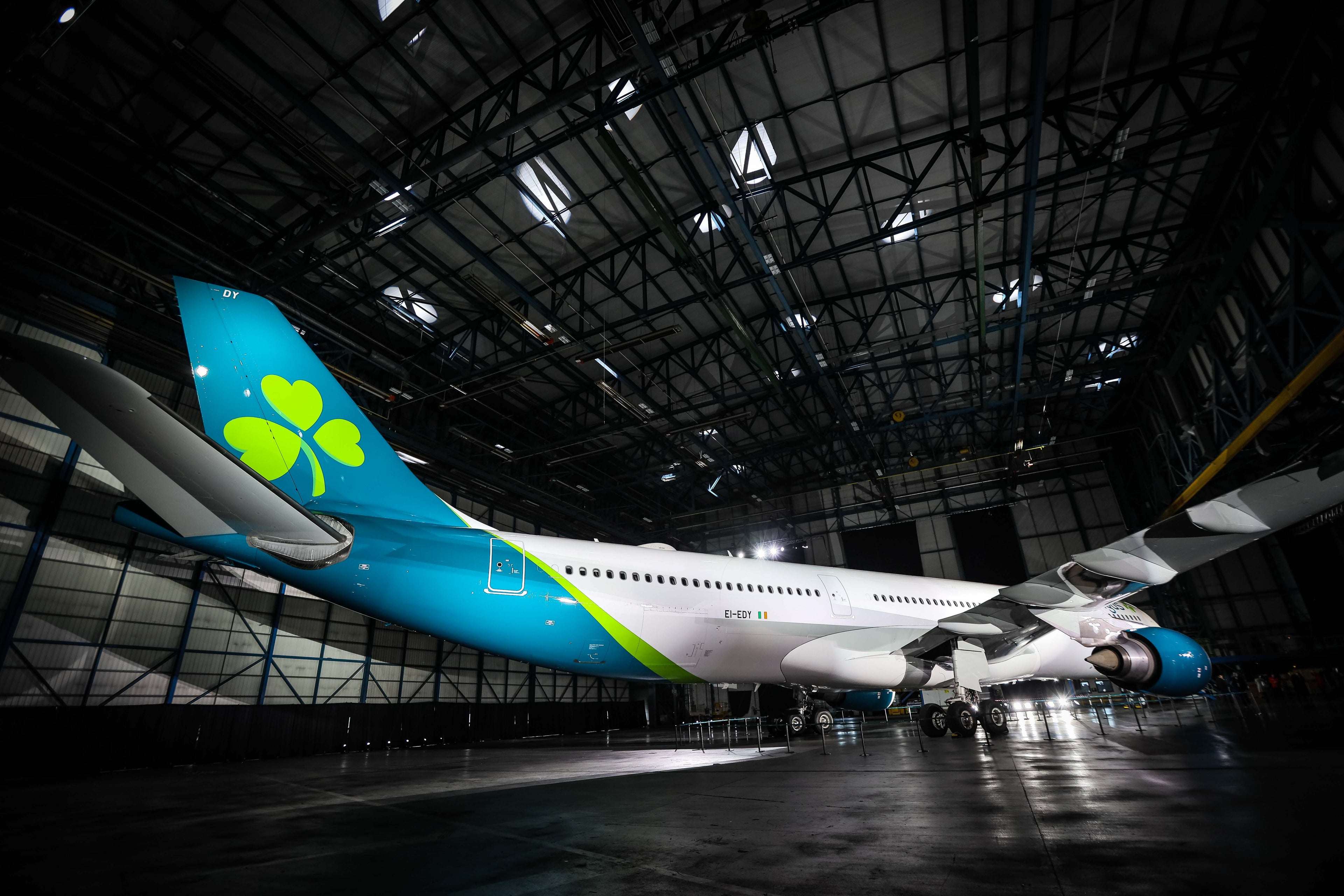 Aer Lingus Unveils Brand Refresh, Featuring New Logo and Livery
This post contains references to products from one or more of our advertisers. We may receive compensation when you click on links to those products. Terms apply to the offers listed on this page. For an explanation of our Advertising Policy, visit this page.

Ireland's flag carrier Aer Lingus is getting a new look. On Thursday, the airline unveiled a new, refreshed brand at a press event in Dublin. And, as one might expect, even with the updated livery, the airline's iconic shamrock image remains a focal point with the new branding.

At a press conference, Aer Lingus' Chief Operating Office Mike Rutter detailed what went into the airline's rebranding. While the testing led with the livery, its rebranding in general went all the way down to its app logo. All aspects of the brand refresh were tested until finally landing on the version unveiled on Thursday — its first refresh in more than two decades.

The new logo maintains the same iconic shamrock look — but with a more modern twist. It's added "a tilt to symbolize dynamism and speed, with heart-shaped leaves reflecting the warmth and hospitality of the brand," according to a press release. When the team was developing the new look, it was decided that the shamrock must have a stem, according to Rutter.

In total, you can expect to see four shamrocks in the new logo. The first is located within the logo. The second — and largest — is on the tail fin. The third is at the door upon entry, and the last is on the wingtip, positioned perfectly for inflight wing photos.

In addition to the new shamrock, the font of the Aer Lingus name has changed to "diodrum." And instead of green being the dominant color, the new highlight is teal — including on the undercarriage.

The A330 displaying the new livery at Thursday’s event was EI-EDY, a nearly 10-year-old aircraft. Beginning Thursday, you can expect to find the updated logo not only on some of its aircraft, but also on the airline's website and app. You can also expect to find the new branding in the airport.

While the rollout for the brand refresh is beginning immediately, the livery updating isn't expected to be complete until 2021. At that point, all Aer Lingus aircraft are expected to feature the new paint job.

To continue with the brand refresh, later this year, Aer Lingus will introduce new uniforms for its employees.

The first passenger flight featuring the new livery will take off on Friday — Aer Lingus Flight 105 from Dublin (DUB) to New York (JFK). London (LHR) will get its first look at the new livery on Monday, when an updated A320 makes its first appearance in the UK.