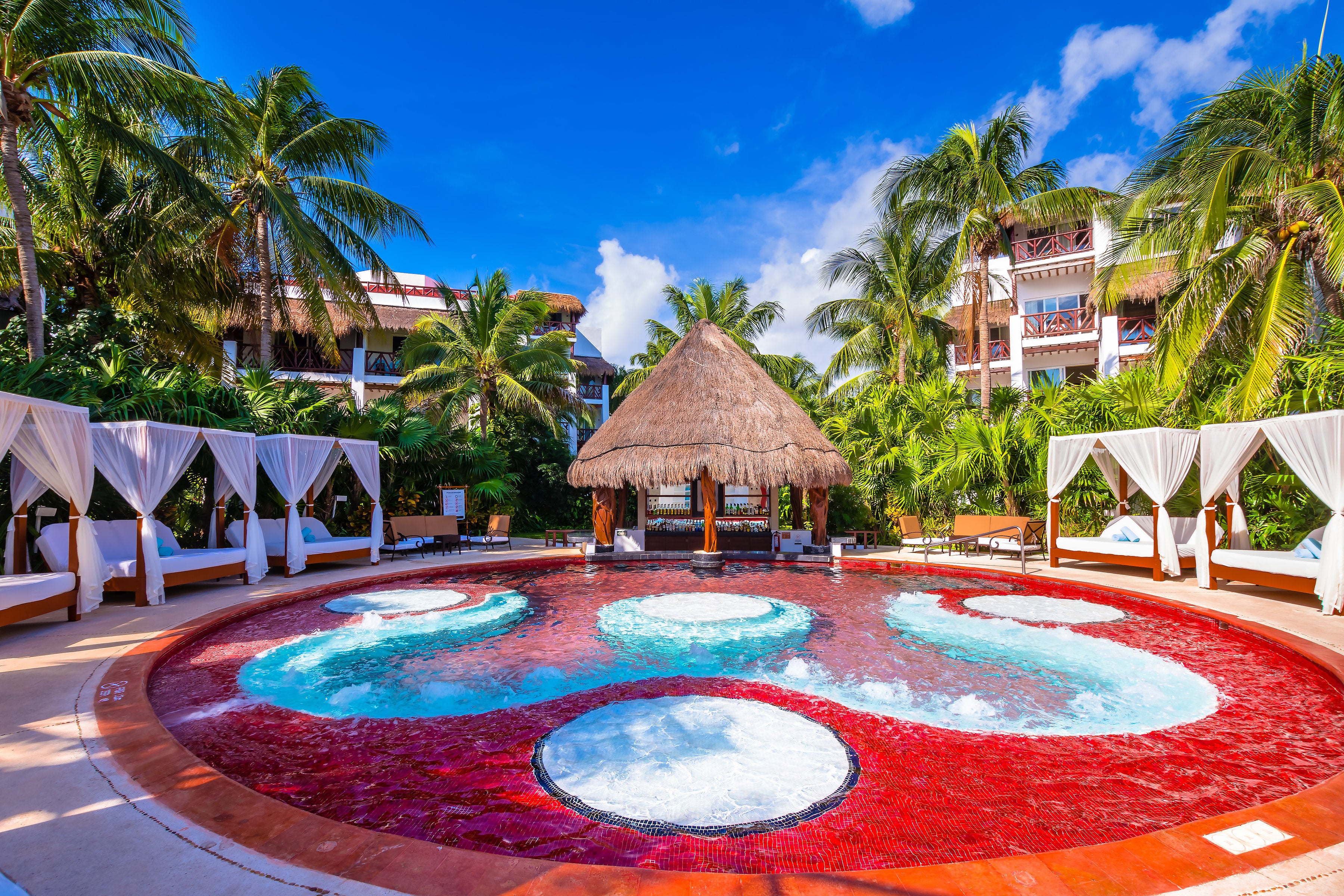 This Travel Company Is Betting on 'Adult Lifestyle Holidays' as a Hot Vacation Trend
This post contains references to products from one or more of our advertisers. We may receive compensation when you click on links to those products. Terms apply to the offers listed on this page. For an explanation of our Advertising Policy, visit this page.

You may not have heard of "adult lifestyle holidays," but they are a thing that exists — and Temptation Holidays, a UK-based travel company that launched last week, says more and more people are getting into it.

“We had come across lots of resorts and cruises that specialize in this area, and we thought it would be great to have this offering in the European market,” Temptation Holidays' executive director, Nina Saini, told TPG during a phone call.

Billing itself as “the world’s first sex-positive travel company,” Temptation Holidays doesn’t deal with dingy pay-by-the-hour roadside motels. Instead, it sells luxury resorts and cruise lines that cater to “curious novice explorers and experienced sexual adventurists,” according to a statement from the company.

Two Original Group brands — Desire and Temptation — are featured in its packages, which include trips to Mexico as well as Mediterranean cruises.

“The level of service is second to none,” Saini told TPG, describing high-end, upscale properties with top-tier wine selections and a dedication to preserving guests’ privacy — photography and filming, for example, are strictly prohibited.

"We do a lot of research and have done site visits and checked out the places for ourselves, so we can be really confident about the product we're presenting," she added.

And the product — a collection of resorts and cruises selected by Saini and the Temptation Holidays team — is presented as packages of varying, well, intensity: Party, Play and Nude.

"Party is more of a starter [package]," Saini said, describing the experiences as "topless optional" and a "softer introduction" to the adult travel space. Here, travelers will feel comfortable with either a partner or a group of friends. (Saini said these getaways are popular for girlfriend groups, such as bachelorette parties.)

The "Play" and "Nude" packages are decidedly more intense. Both feature clothing-optional areas (as opposed to Party spots, where there are topless-optional areas) and dedicated play areas and are generally geared toward the most adventurous couples.

Gigi Engle, a certified sex coach and educator who recently visited Desire Riviera Maya (a Temptation Holidays-approved Nude and Play resort) told TPG that travelers won't feel pressured on an adults-only holiday. "You might feel uncomfortable at first," Engle said, "but once you see so many people just living their lives in the nude, it becomes normalized quite quickly."

Saini said that's one of the "inspiring" qualities of these trips. "There [are] people of all ages, different shapes and sizes ... [people] are owning their sexuality as well ... communicating what they want from [their partners] and spending time together."

"The sex aspect is definitely incorporated, but it leans [toward] romantic vacation," Engle said. "Everyone is naked by the pool and on the beach. So, [there's this] sexual openness to it. It's all very freeing."

Temptation Holidays may be assembling these so-called "sex-positive" vacations, but travel designed with intimate relations in mind isn't altogether new.

Auto hotels in Mexico, for example, have long offered grown-ups a discreet place to get busy, with clean and comfortable rooms and a very specific set of amenities. And the quite well-known Hedonism II, a clothing-optional resort in Jamaica with a so-called Romping Shop playroom, has been in business since 1976.

But Original Group CEO Rodrigo de la Peña told TPG during a phone call that interest in adult-lifestyle holidays has been noticeably trending upward for the last decade or more. "Volume has been increasing ... and the community has grown bigger," de la Peña confirmed. "We know that the market is out there, and it's ready for travel."

The proof is written in the group's occupancy rates and ambitious expansion plans. In 2019, for example, Temptation will debut in Punta Cana with a new 496-room resort. And a Desire cruise will embark from the Greek Islands for the first time in 2020.

Even anecdotally, it's evident that the market is hungry for more adult-centric and outright sensual experiences. As The Independent pointed out, Temptation Holidays is following on the heels of Uniquely Adult, an adults-only tour operator that launched in January.

"Temptation Holidays recognize that this market is growing exponentially worldwide," CEO Peter Stratton told TPG. " ... The opportunity to develop sex-positive and body-positive holidays for couples and individuals who enjoy this lifestyle [is] becoming ever more apparent."

Engle agreed that as society becomes "more and more open-minded about sub-cultures and alternative ways to explore relationships..." the appetite for adult lifestyle holidays will continue to increase. "People have been in atypical relationship styles forever, but there is less pressure to hide it. We have a long way to go as far as acceptance goes, but we're certainly making progress. I believe the growing popularity of sex resorts is a reflection of popular demand."

De la Peña said that Temptation and Desire resorts can charge a higher rate because they deliver a more specific, niche experience. It's the promise of wild theme parties; of a well-trained staff specializing in discretion and respect; of like-minded guests and, frankly, unabashed nudity. The numbers seem to show that there wis a growing number of travelers who have no qualms about splurging for that.

So who's going? As long as you're over the age of 21, Temptation Holidays is open to your business. And according to Saini, the company has found a really broad demographic interested in these packages, from 20-somethings to 60- and 70-year-olds.

"This is such a liberating, safe, enclosed way to try something new and exciting," Engle said. "You can participate or not participate as much you want. You can lay naked by the pool and just be together — or maybe you'll meet some gorgeous people and want to have group sex. There are no limitations. "

In addition to age, Temptation Holidays has a rulebook of guidelines for travelers. Even on the most naked holiday, for example, travelers are required to wear clothing in all restaurants. And encouraging staff members to get intimately involved is forbidden.

According to Engle, there are a number of other things to keep in mind before booking an adult lifestyle getaway for the first time. "Bring lots of beach coverups. This will make you feel more comfortable [transitioning] from the hotel room to common space." She also encourages travelers to check the events calendar in advance. "There are theme parties every night! I wish I had known so I could have brought costumes. I missed out on a sexy sailor dress-up and it was kind of a bummer."

Until Sept. 16, curious travelers can book trips with Temptation Holidays for a 10% discount. And by the end of the year, the company hopes to offer packages designed specifically for the LGBTQ travel market.