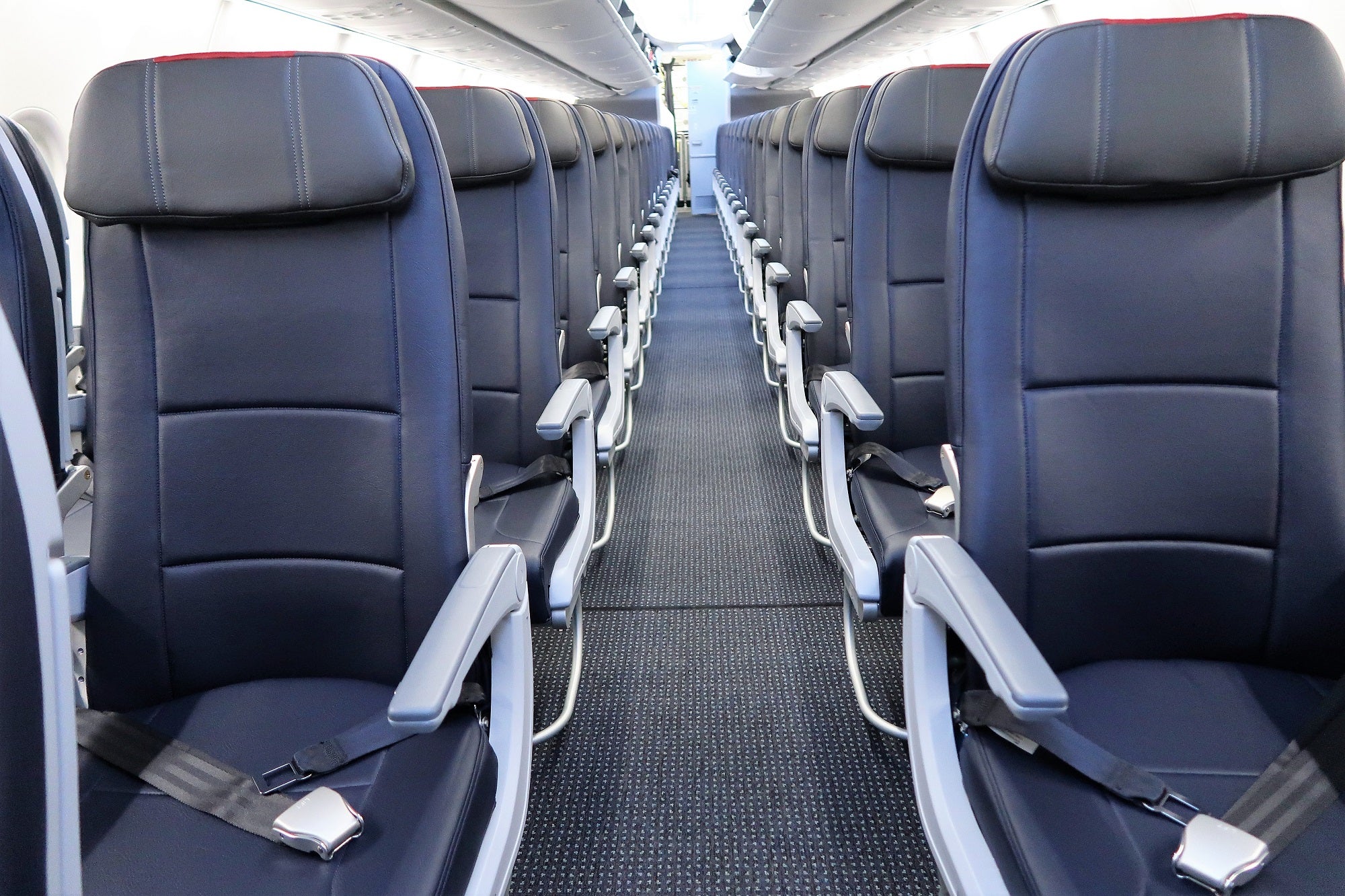 AA Adds More New 737 MAX Routes — Here Are the Ones to Avoid
This post contains references to products from one or more of our advertisers. We may receive compensation when you click on links to those products. Terms apply to the offers listed on this page. For an explanation of our Advertising Policy, visit this page.

In November 2017, American Airlines launched the inaugural service of its new Boeing 737 MAX. The feedback was pretty universal: it's not an aircraft you want to seek out.

That's because American Airlines has 172 seats in the cabin, including 16 first class seats and 30 extra-legroom seats — compared to the 160 seats that it has on 737-800s with the same cabin size. While the airline backed off of its plan to install seats with 29-inch pitch, the standard economy seats ended up with a mere 30 inches of pitch.

The AA 737 MAX even performs poorly compared to most of AA's own fleet. Here's how AA's 737 MAX compares to most AA Boeing 737-800 (before being retrofit with 12 more seats) — which have the exact same cabin size:

As I've experienced for myself, the issue isn't the legroom. Indeed, as an AA spokesperson points out, the seat has 0.4 inches more legroom than the existing seats on the airline's Boeing 737-800. And the lack of padding in the slimline seats aren't bad for a two-hour flight. However, the general lack of room is pervasive throughout the aircraft. The squeezed seat pitch amplifies the already-narrow 737 seat width.

And there's no relief to be found on the aircraft. The original galleys were so narrow that flight attendants demanded new galleys to provide more space — forcing the airline to retrofit seven brand-new aircraft. The 24-inch wide bathrooms installed on the 737 MAX have been panned by everyone I've spoken with, which includes the passenger I watched get stuck in the lavatory on AA's inaugural flight of the 737 MAX.

That's not by chance. As reported by View From The Wing, American Airlines President Robert Isom knows that minimizing passengers' "real estate" is how the airline can make more money — just like some of the least-popular airlines in the country:

There's also the issue of in-flight entertainment: AA decided to save costs by not installing IFE screens in the seat-backs. So, you'll have to bring your own device and stream entertainment from the Wi-Fi system. While the seat-backs have a tablet/phone holder, you won't be able to watch on a laptop due to the minimized seat pitch. The good news is that unlike on AA's 757 and 767 fleet, all seats have power outlets on the 737 MAX. There's a USB plug on the seat-back for BYOD (Bring Your Own Device) passengers as well as under-seat universal power outlets.

American Airlines' CEO Doug Parker seemed to get the message about the negatives of flying his airline's 737 MAX. Since the aircraft's launch, he's been repeatedly asked if he's flown the aircraft. While still defending the aircraft's bathrooms and seat pitch, for more than a half-year, he repeatedly answered that he hadn't flown it.

Finally after eighth months of service, Parker experienced the 737 MAX in flight. An American Airlines spokesperson confirmed the event and issued this statement:

Yes, Doug flew the MAX in coach from Quito to Miami. He said it was a nice Main Cabin experience — in line with US carrier main cabin products with a couple of pleasant surprises. The overhead bins are large and it had a nice array of movies. But most of all, they had a great crew of flight attendants who kept customers happy.

Notably absent from this statement was any mention of legroom, seat size, seat comfort or the bathroom experience. But, to his credit, not only did he fly the 737 MAX but he did so in standard economy.

In a statement about the aircraft, the airline has to rely on comparisons with other airline's 737 MAX aircraft to come up with positives:

American offers amenities on the MAX that some of our competitors don’t, including power at every seat, free streaming entertainment and access to the fastest in-flight internet in the sky. The MAX is an excellent airplane and we’re proud to fly it.

When it was originally launched on just the Miami (MIA) to New York LaGuardia (LGA) route, it was easy to avoid AA's 737 MAX. However, as the airline has taken more deliveries, it's been assigning the uncomfortable aircraft to more routes. As a frequent AA flyer myself, I wanted to check in to see how far and wide the 737 MAX plague has spread.

There's good news and bad news. The bad news is that it's now currently operating on or scheduled to operate on 25 routes. The good news? The routes are mostly exclusive to AA's de facto 737 MAX base in Miami. As long as you can avoid flying AA to/from Miami, you're generally going to be able to avoid it:

If you're able to find any routes we missed, please note them in the comments below and we'll add them to the list.

This post was originally published on August 26, 2018 and updated with the most current route information on December 22, 2018.