Articles
Benji Stawski is a former reporter for the site, covering all things points, miles, credit cards, travel and aviation.
May 10, 2021
•
8 min read 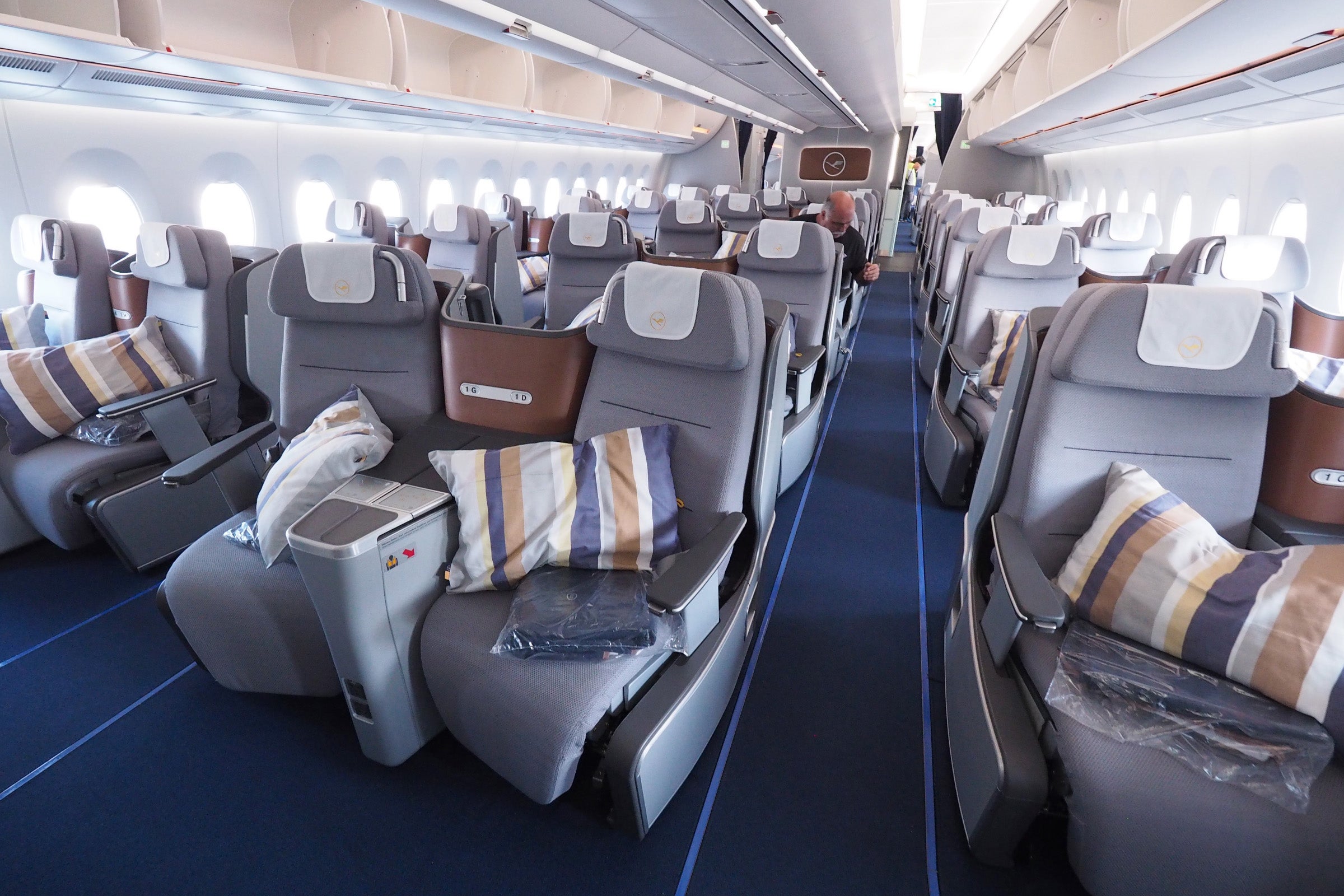 Here at TPG, we primarily use points and miles to book business and first-class class awards. This is partly because those redemptions offer great value and also because premium seats make a huge difference on longer flights. However, there are opportunities to sit up front even if you don't have enough miles to book those awards outright.

Most airlines allow you to use miles to upgrade paid fares on their own flights, but some will also let you redeem for upgrades on partner airlines. That gives you a lot more flexibility since you might not have enough miles to book a premium award with the airline you're flying, especially on international flights.

Today, we're going to take a look at which airlines allow you to use miles to upgrade seats on partner airlines. We're also going to analyze whether these redemptions are even a good use of your miles.

Star Alliance carriers are the most generous when it comes to cross-airline mileage upgrades. For instance, you can redeem United miles for one-cabin upgrades on most partners. Each partner has a different set of rules associated with these upgrades and typically, upgrades are only available on expensive economy, premium economy or business-class tickets. United pulled its Star Alliance award chart, but in the past, upgrading on partner airlines cost between 10,000 - 60,000 miles each way.

Here's the full list of Star Alliance carriers you could request upgrades on using United miles:

American Airlines currently lets you upgrade on paid codeshare flights with British Airways and Iberia, but not on other partners. Like United, there is lots of fine print associated with these upgrades. For instance, American only lets you upgrade if you have a full-fare, premium economy or business class ticket. These upgrades range in cost from 12,500 to 70,000 American miles each way.

Likewise, you can upgrade American Airlines flights using British Airways and Iberia Avios. Avios are a great option for upgrading American miles since both programs are transfer partners of Capital One, Chase Ultimate Rewards, Amex Membership Rewards and Marriott Bonvoy. However, these upgrades come with the same fare restrictions.

In July 2020, Oneworld's CEO confirmed that alliance-wide upgrades are coming. While the feature was expected to roll out around the time Alaska Airlines joined the alliance, it hasn't been launched yet.

It’s not yet clear exactly how the upgrades will work, but Qantas has proposed that they be made available within one day of departure. It's also likely that the fare class will determine both whether a ticket is eligible for an upgrade and how much it would cost.

Related: Upgrade your Oneworld flight with miles from any airline partner

Delta allows you to upgrade certain paid international Virgin Atlantic, Air France/KLM and Aeromexico-operated flights. Upgrades are not available on other SkyTeam partners.

For flights marketed and/or operated by Air France-KLM, Mileage Upgrade Awards may be used for a one-class upgrade when the paid fare class is Y, B, or M.

For Air France-operated flights, Mileage Upgrade Awards are available on transatlantic joint venture flights between U.S. cities and Paris (CDG and ORY). Upgrades are not available on Air France flights operated by a Boeing 747.

For Delta-marketed flights operated by Aeromexico, Mileage Upgrade Awards are available on fare classes in Y, B, M, H, Q, K, L, U or T for travel between the U.S. and Mexico.

You must contact Delta to request a mileage upgrade award. If there's no upgrade available, you may request to be placed on an upgrade waitlist.

Is it worth using miles to upgrade on partner airlines?

However, typically only the most expensive paid fares are eligible for upgrades using miles. So that $200 basic economy deal to Europe can't be upgraded. As a result, these upgrades tend to be a lot less attractive.

If you're going to spend a couple of thousand dollars on a ticket, you might as well book the premium cabin outright and save your miles for another redemption. On the other hand, if your company booked your flight for you and the fare is eligible for a mileage upgrade, then this option could be worth considering.

Being able to redeem miles to upgrade partner flights is a nice option to have if you want to score a better seat on your next flight. However, these upgrades tend to come with a lot of restrictions and aren't the best use of your miles.

If you want to upgrade a flight using miles, try to lock in the upgrade as soon as possible. Like regular award flights, upgrade award space is limited. Just because there's a premium-cabin seat bookable with cash or miles doesn't necessarily mean that you'll be able to use miles to upgrade to it.

Featured image by (Photo by Zach Honig / The Points Guy)
Editorial disclaimer: Opinions expressed here are the author’s alone, not those of any bank, credit card issuer, airline or hotel chain, and have not been reviewed, approved or otherwise endorsed by any of these entities.