How to use credit cards to defeat Basic Economy 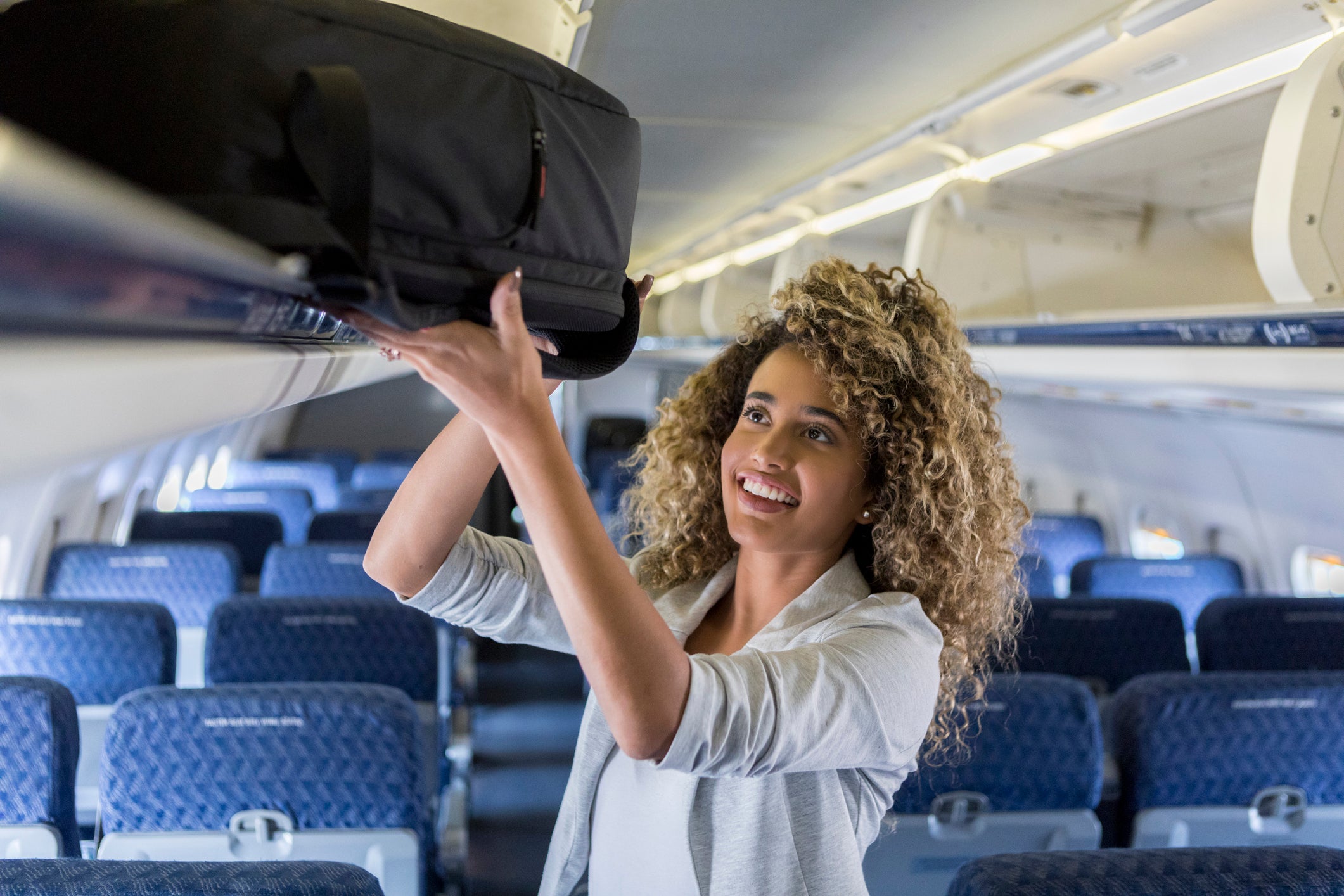 There's no doubt: basic economy is infuriating. From carry-on baggage restrictions on some airlines to lack of seat selection, it's a step down from what travelers are used to getting when flying.

The airlines are also doing a good job of making basic economy sound really bad so you'll buy up to standard economy. Despite unpleasant things like checked baggage fees, there's a way to use credit cards to avoid some of the pain points of basic economy. Let's go airline by airline to see how to do so.

American Airlines offers basic economy fares on all domestic routes and on flights to/from Mexico, South America, Central America, the Caribbean, Canada, Europe and Africa. Basic Economy restrictions mean that you'll be assigned a seat at check-in (likely a middle seat), you won't be eligible for an upgrade, you'll earn fewer elite-qualifying miles/segments, you'll board in the final boarding group (9 of 9) and the ticket doesn't allow any flight changes or refunds. You are allowed to bringing a carry-on bag on board.

Sure enough, those with AA elite status get to maintain their boarding group and checked-bag benefits.

But, what if you don't have status? Then you can use one of these eligible cards to get an even better boarding group than standard economy and get the checked baggage allowance awarded by the credit card.

Rather than paying $30+ more per flight for standard economy, you can use a cobranded credit card like the Citi / AAdvantage Platinum Select World Elite Mastercard to avoid being relegated to group 9 boarding. Instead, you'll jump the bulk of economy passengers (in groups 6-8) and board in group 5, where you've got a great chance of having space in the overhead bins. Plus, you'll get a free checked bag on domestic flights.

You don't have to pay for your flights with the co-branded card to get these benefits — American Airlines will tie your credit card to your AAdvantage account and apply these benefits automatically. This allows you to use a credit card with better travel protection when booking flights — like the Chase Sapphire Reserve, which offers up to $500 of expense reimbursement for delays of over six hours.

The downside of the co-branded card approach: You still don't get to pick your seat for free. You'll have the option to pay to select a seat at 48 hours prior to departure. Otherwise, AA will assign you a seat at check-in.

The O.G. of legacy carriers for basic economy is Delta. Launched in February 2012, Delta's basic economy has the least-harsh restrictions. With Delta's version, you don't get advance seat assignments, upgrades or any changes to the flights (after the required 24-hour period). That said, you can choose your seats at check-in and you get a carry-on bag.

There are still advantages to getting a cobranded credit card if you're considering basic economy. While you get a carry-on bag with Delta's basic economy fare, you might have to gate-check it, as you'll be boarding in Group 8. With a cobranded card, you'll get a free checked bag and priority boarding on Delta flights to have an almost-sure spot in the overhead bins.

That's right: you can get a card with a $0 introductory annual fee for the first year, then $99 (Delta SkyMiles Gold card, see rates and fees or Delta SkyMiles Gold Business, see rates and fees) to avoid first checked bag fees and having to gate-check your bag. As with American, you don't have to purchase your ticket with your Delta credit card to get the free checked bag — just having the card and including your Delta SkyMiles number in your reservation is enough.

The downside of going the co-branded card approach? Still no advance seat selection. Delta's basic economy fares have the potential to choose seats at check-in, but it's possible that you may not get a seat assigned until the gate.

And what do you get with United's basic economy? Not much: auto-assigned seat at check-in (with no chance to change), no carry-on bags, no upgrades and no changes/refunds. You can't even check in online (except for trans-Atlantic flights) unless you're paying for a checked bag.

A United credit card can help ease some of that pain. Like on American and Delta, you'll jump from the last boarding group to a much-earlier one. And, you'll earn back a carry-on bag and get a first free checked bag — or two with certain cards.

The information for the United Club Business has been collected independently by The Points Guy. The card details on this page have not been reviewed or provided by the card issuer.

It's important to note that you need to use your co-branded United card to pay for your flights in order to get the checked baggage allowance. Unfortunately, the co-branded card approach isn't going to let you select a better seat or get upgrades.

Basic economy fares have become ubiquitous on U.S. legacy airlines, covering all domestic routes and many international ones. It's important that all travelers are aware of the restrictions and that the airlines really want you to buy up from basic economy to main cabin. By having a cobranded airline credit card, however, you can avoid some of the pain of basic economy without having to buy up to standard economy.

If you like to carry on a bag — and not having to gate-check it — as well as getting a free checked bag, all you need is to get a co-branded card and buy the cheapest fare. Thanks to priority boarding benefits, you'll get access to the overhead bins before those who paid extra to get standard economy but don't have a cobranded card.

That said, cobranded airline cards can't overcome some of the other issues with basic economy: lack of assigned seating, lack of upgrades and reduced elite-qualifying earning. So judge carefully whether the basic economy plus co-branded card strategy will work for you.

Related stories
Use these shopping portal bonuses to earn extra miles this holiday season
Using miles and points to book airline tickets and hotels for others
Maui magnificence: A review of Kaanapali Alii, a Destination by Hyatt Residence
Target’s big annual gift card sale is this weekend
Featured image by Getty Images
Editorial disclaimer: Opinions expressed here are the author’s alone, not those of any bank, credit card issuer, airline or hotel chain, and have not been reviewed, approved or otherwise endorsed by any of these entities.