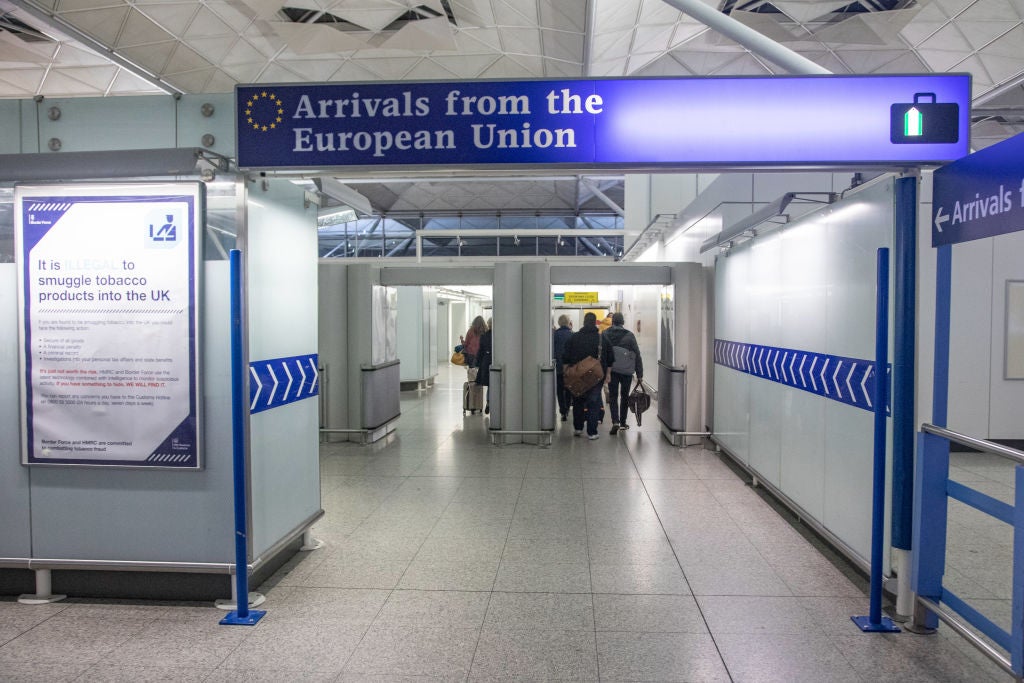 When you think of a “bubble,” particularly during the COVID-19 pandemic, the NBA's use of so-called bubbles to sequester players, coaches and members of the media in Orlando might come to mind. People in the bubble were able to move about freely, albeit with some restrictions, such as daily testing and, of course, not being allowed to leave. It functioned as a veritable city: Meals were catered by on-hand chefs and the bubble even had its own barbershops.

Travel is much more widespread than even the largest basketball organization, of course, but several countries are considering adopting a similar model to restart the industry.

Here’s what you need to know about travel bubbles around the world.

What is a travel bubble?

You might be hearing much more about travel bubbles (also called travel corridors, green zones, air bridges or green lanes) in the weeks and months to come as travel begins to reopen in destinations around the world.

Basically, travel bubbles are agreements between countries believed to have controlled the spread of COVID-19. They allow travel — including nonessential trips — across otherwise closed borders, often without lengthy quarantines or other significant restrictions such as mandatory testing.

Of those countries, none is perhaps more critical to the travel industry right now than the U.K.

Why do travel providers so badly want a corridor between the U.S. and the U.K.? The answer is mainly financial.

According to Skift, the airlines said that reopening the corridor would boost the U.S. economy by $4 billion this summer alone. Domestic air travel has picked up recently, with the Transportation Security Administration (TSA) screening more than 2 million flyers for the first time since March of 2020 -- but business and long-haul international travel remain depressed.

For two economies still reeling from the effects of the pandemic, it seems as though U.S. and U.K. leaders listened. President Joe Biden and Prime Minister Boris Johnson this week quickly agreed to work toward reopening transatlantic travel.

“We're pleased to announce a joint [taskforce] to help facilitate the reopening of transatlantic travel,” the U.K.’s secretary of state for transport, Grant Shapps, said in a tweet.

The travel industry reacted positively to the news.

“The travel industry enthusiastically applauds the Biden administration and U.K. government for being responsive to the calls to advance a bilateral travel corridor, and hopes to see it implemented by early July,” the U.S. Travel Association, an organization that represents the travel industry, said earlier this month.

Even with travel officials on both sides of the Atlantic pushing for a travel corridor between the two nations, however, there are still hurdles. It’s clear that both countries are still in the early stages of discussions, with Britain's foreign secretary telling a news station that a travel corridor was “not something we'll be announcing imminently.”

Both nations also have several restrictions -- or outright bans -- on travelers from the other country.

Most U.S. travelers are still required to quarantine for 10 days upon landing in the U.K. And even with nearly half of its population fully vaccinated, the Delta variant, which accounts for a significant portion of new COVID-19 cases in the U.K. has posed concerns. England also delayed lifting lockdown restrictions by an additional month due to the variant.

The U.S. Centers for Disease Control and Prevention (CDC) also still lists the U.K. as a Level 3 “high risk" nation, even following last week’s advisory update. The U.S. State Department on June 16 listed the United Kingdom at its second-highest designation, “Level 3: Reconsider Travel,” due to COVID-19. And while 55% of U.S. adults have been fully vaccinated against the coronavirus, experts have said widening gaps between rural and urban vaccination rates could extend the pandemic.

Not to be confused with the U.S.-U.K. corridor in talks, as the U.K. is no longer a European Union member, the EU added the United States to its so-called travel “white list” this week. The list will allow vaccinated visitors to skip quarantine requirements and move freely between the 27 EU nations.

The EU agreed to add the U.S. and seven other countries or territories — Albania, Hong Kong, Lebanon, Macao, North Macedonia, Serbia and Taiwan — to the list of nations from which travel is allowed. It remains unclear if the addition of the U.S. to the list will take effect immediately, though the approval is a promising sign for Americans.

But, as noted in the section above, for a full corridor to be possible, the EU is still looking for the U.S. to relax its travel restrictions on EU countries before the transatlantic corridor fully reopens.

Singapore and Hong Kong serve as significant financial and travel hubs in Asia, so a corridor between the two destinations seemed inevitable. But the launch has been postponed several times.

The travel bubble between the two cities was initially set to launch in November of 2020. However, it was delayed because of a spike in cases in Hong Kong. It was then pushed to May 26, though that has indefinitely been delayed again. According to the South China Morning Post, the travel bubble was put on hold for a second time in mid-May amid a rise in untraceable cases in Singapore. Now, the two countries will review the travel bubble again in July.

St. Lucia has a travel bubble with 11 Caribbean countries. Travelers moving within the bubble can skip quarantine, but they must still present a negative COVID-19 PCR test taken no more than five days before arriving in St. Lucia.

The U.S. is not included in the bubble, and international visitors from outside the St. Lucia travel bubble will be required to remain at their COVID-19-certified property and only participate in certified tours and activities for the duration of their stay.

Australia and New Zealand launched their long-awaited travel bubble for quarantine-free journeys between the two countries in April.

People looking to travel in the bubble must have spent the previous 14 days in Australia or New Zealand only. However, travelers who have been to Victoria, New South Wales or Queensland cannot travel to New Zealand from anywhere in Australia until at least 14 days after being in those destinations. This pause is expected to last through June 22.

And don't expect the U.S. to be added to the bubble. It may still be some time before New Zealand and Australia open their borders to other tourists. New Zealand has indicated that its borders may remain shut for 2021, while Australia says its borders will be closed until 2022.

Have there been travel bubbles before?

Still reeling from the effects of the coronavirus pandemic worldwide, the travel industry has experimented with travel bubbles on a much smaller scale.

These bubbles still aim to accomplish the same task: controlling who is or is not allowed into the bubble.

And Hawaii earlier this year launched an “enhanced movement quarantine,” or “resort bubble” program. Guests participating in the resort bubble program can move about the property and access pools, dining and beaches during the 72-hour quarantine period. During the three days of mandatory quarantine, however, guests can't leave the resort except for medical care and must have their movements monitored by a bracelet. Travelers who arrive in the country without a negative test can't participate in the program.

Travelers must proceed directly to their resort bubble either by hotel transport or a car service type of ground transportation. No rental cars are allowed until the traveler is released from the bubble program.

Even though travel bubbles have been in the works since last year, they will still clearly play a crucial role in safely restarting travel all over the world — and even facilitating easier trips much closer to home.

Related stories
Here are the best Black Friday travel deals of 2022
Great deal: Book business class tickets at premium economy prices with this Avianca LifeMiles sale
Holiday gift guide: TPG’s 22 travel-friendly picks for 2022
Vail Resorts lift-ticket sales capped; buy your Epic Pass by Dec. 4
Featured image by NurPhoto via Getty Images
Editorial disclaimer: Opinions expressed here are the author’s alone, not those of any bank, credit card issuer, airline or hotel chain, and have not been reviewed, approved or otherwise endorsed by any of these entities.