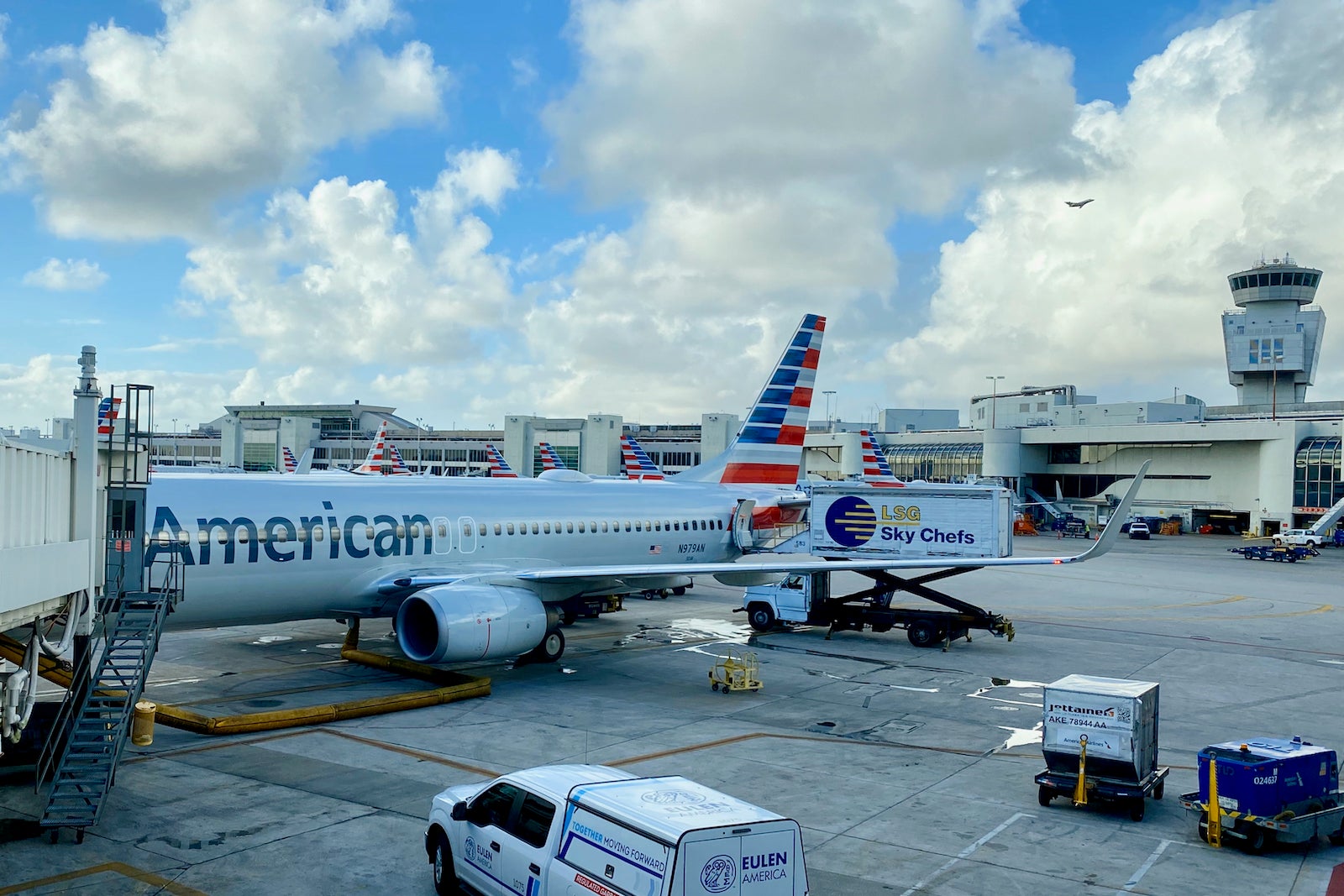 You're sitting at home waiting to hear from your friend or family member about their flight status. Maybe you're on the hook to pick them up from the airport, so you want a better idea of when to leave your house. Or maybe you just want to know if they landed safely. Either way, checking flight status isn't nearly as hard as you might think.

These days, there's a plethora of flight status information available at your fingertips. You can figure out where your flight is coming from, as well as it's current speed and altitude. So, let's deep dive into how to figure out flight status with American Airlines.

For more travel tips and news delivered to your inbox, sign up for TPG's daily email newsletter!

Before the coronavirus pandemic, American Airlines was the world's largest airline with more than 900 planes in the AA fleet. Thankfully there's an easy way to check your flight status.

The first thing to do is fire up AA.com or the AA mobile application. You'll then want to navigate to the flight status page. Here, you can search by arrival and departure airports or by the flight number.

If you use the former, you'll get a list of all flights between two cities and if you use the latter, you'll go directly into the flight information for your desired flight. Note that you can get the status for flights departing up to two days from the day you're checking the status.

The flight status results page displays the flight number, as well as estimated departure and arrival times, gate and baggage claim information and the overall status — on time, delayed or canceled.

If the flight you're tracking is active (i.e. in the air), you can get a look at where it is on a map by clicking the "Track flight" button on the AA website.

Note that this feature isn't available on the mobile app. However, if the flight you're tracking isn't yet active, you can click "Incoming flight information" to get a detailed look at the status for the inbound plane — both on the website and mobile app.

Tips and tricks to flight tracking

There are some things to keep in mind when tracking American Airlines flights. The first is that AA's flight status information isn't always updated in real-time. I've often found myself waiting to board an 'on-time' flight, even if the inbound flight hasn't yet arrived. That's why it's incredibly important to track the inbound flight.

Also, make sure you have the latest version of the AA app since it'll notify you when boarding actually starts — and when it's time to head to the gate from the Admirals Club.

Likewise, the estimated arrival times can also be inaccurate. Sometimes a flight is given a faster than expected route or landing approach pattern. To better understand a plane's actual status, I always check out FlightAware or FlightRadar24, and we have a guide to using these advanced flight tracking sites. I find FlightRadar24's stats to be the most accurate, especially for the estimated arrival time.

Either way, both of those sites will give you a plane's speed and altitude, which I find especially useful for the last 30 minutes of a flight.

For example, say that the AA flight status says that a flight's landing at 1 p.m. At 12:30 p.m. or so, I fire up FlightRadar24 and check the plane's speed and altitude. If it's around 30,000 feet (typical cruising altitude), then sure, I'd estimate 30 minutes for an approach to the airport. But, sometimes I'll see that the plane's at 10,000 feet, rapidly descending for the airport. In that case, it could be just another 10-15 minutes before the plane lands — beating the AA flight status estimates.

That's why it makes sense to take a look at both AA's site, as well as one of these advanced tools. Armed with more information, you can better estimate when exactly a plane will arrive.

Checking American Airlines flight status isn't too hard. You can use either the AA website or mobile app to get detailed information, including inbound flight tracking. If you're looking for a more detailed view, I'd recommend checking out FlightAware or FlightRadar24. Either way, now that you know how to track an AA flight, there's no excuse to being late to pick up your family from the airport.