The secret psychology behind how hotels are designed 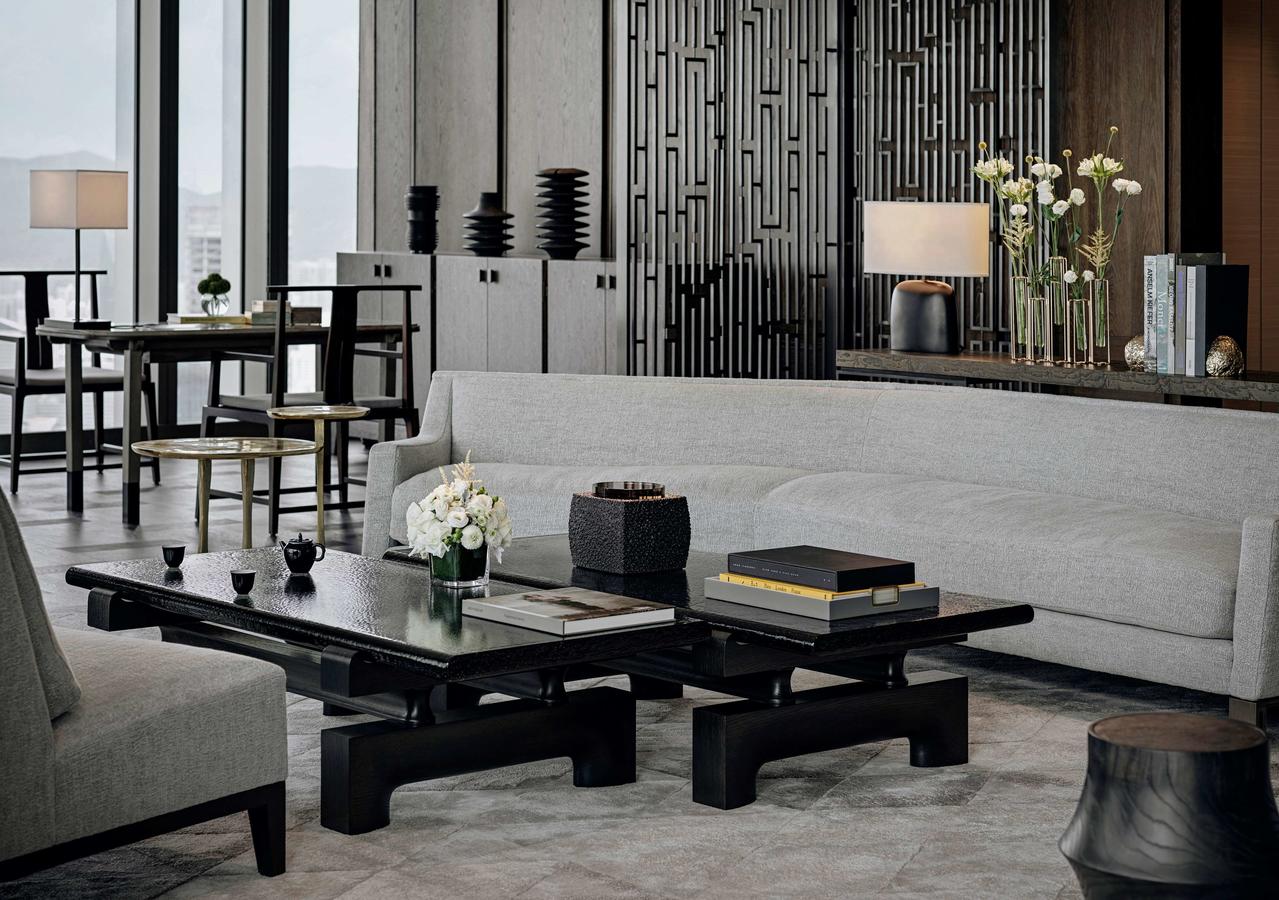 A hotel is a magical place. It’s an escape from everyday life, a break in your routine and, if you’re staying at a good one, a hotel is where you go to have your every desire anticipated before you even know you need something.

“Savvy travelers want to be surprised, delighted and feel comfortable all at the same time,” said designer Glenn Pushelberg of firm Yabu Pushelberg, which is responsible for properties ranging from the Times Square Edition in New York City to the Park Hyatt Shenzhen in China. “The hotel must exude all these attributes at once through a range of experiences and, most importantly, surprises. That is what gives a hotel a distinct character while making the guests happy.”

But a hotel’s design isn’t just fodder for your Instagram account. It’s the very calculated result of heavy research into how to influence your behavior — and your emotions — within the space. After all, a hotel’s ultimate goal is to please its guests, as happy guests mean more dollars toward the bottom line. (Hotels are, after all, a business.) In order to achieve that goal, hotels rely on designers like Pushelberg to create a space that not only looks welcoming and inspiring, but also makes you feel welcome and inspired.

The best hotel credit cards of 2019

Creating a sense of place

The lobby, of course, is the first area where a guest interacts with the hotel beyond its façade, so designers focus a great amount of effort in that space.

“Our first objective in lobbies is to have a sense of place as soon as people walk in,” said Miriam Torres, cofounder of design firm Parker Torres, who has worked on projects including the Fairmont Copley Plaza in Boston and the Willard InterContinental in Washington, D.C. “Gone are the days of generic design,” added her counterpart, cofounder Barbara Parker. “It used to be the philosophy that, where no matter where you went in the country, a branded hotel always looked the same. It felt familiar. We don't do that at all anymore — design is really very specific to the location.”

While hotels are bound by their architecture, especially in historic buildings that have strict regulations regarding what can and cannot be changed, designers must rely on subtle design details to convey the hotel’s geographic location.

“There are so many different spatial types across our lobbies: some have a lot of compression, and some have atriums. Design has to respond to the overall architectural envelope,” said Kavitha Iyer, director of global design strategies for Marriott International. “We try to infuse the local in textiles, coloration, the artwork and in styling.”

For instance, if you’re in the American Southwest, you might see anything from colorful woven textiles for upholstery to an earthy color palette that’s reminiscent of the desert and local plants such as succulents and cacti. Utilizing this design ethos might sound obvious (and it is) but it’s the designer’s job to imbue the space with the local elements in a way that isn’t too on-the-nose. It’s all about subtlety: The best lobby decor in today’s hotels implies location rather than spells it out to guests.

Take architect André Fu’s design for the Waldorf Astoria Bangkok. Rather than go for literal interpretations of local architecture and decor, Fu sought to capture more of a feeling that felt authentically Thai. For instance, to create the bronze screens in the lobby, he translated hand movements from Thai dancers into physical forms. It’s an incredibly subtle and specific nod to local culture.

Using the lobby as a social hub

It’s not just the design ethos of lobbies that’s changing — the actual function of lobbies is changing as well. It’s no longer just a place for the front desk and a concierge, but a hub of activity for the hotel. “Lobbies are becoming more of a social space, not only for guests, but also for those living in the neighborhood, the city. It is becoming more open,” said George Yabu of Yabu Pushelberg.

As the Sheraton brand begins a massive overhaul of its hotels after the Marriott-Starwood merger, its placing a major focus on the lobby as the social heart of its hotels, inspired by historic town squares or plazas. “They are a place to gather, a natural collecting place. They’re open and inviting. It’s a place where you feel the buzz — you see the energy and flock toward it,” said Iyer.

That's why Iyer and her team are moving the cafe and bar combo right into the center of the space; removing walls to create a feeling of openness; and shifting reception over to the side, where it’s less of a focus. On any given day in the lobby, you might find a guest reading a newspaper, witness an informal business meeting over coffee or spot a group of friends sitting down to brunch.

The lobby-as-social-hub concept is certainly not limited to Sheraton. Take the Detroit Foundation Hotel, which uses the sprawling garage in a former fire station as a combined restaurant, bar, lounge and coworking space. The Ace Hotel New York, too, has an open-plan lobby filled with freelancers and students on laptops and business meetings at the coffee bar, not to mention guests who are just checking in.

In order to create a functional and multipurpose lobby, designers start with the layout.

“We use bubble diagrams that show the areas — what’s quiet, what’s the business area [and] what’s the loud, getting-together activated area,” said Torres. Based on that diagram, she’ll start selecting furniture. “How high is the table?" Torres said. "Is it a table that you can put your laptop [on] and work from or is it a table that is for [a] cocktail? It's no longer two or three sofas with four club chairs in a lobby. Now, the furniture is divided by sections and driven by that section’s purpose.”

Then, designers can use wayfinding cues to drive traffic around the space. Hard floors, for example, often lend themselves to highly-trafficked paths, while carpet indicates an area intended to be used in a stationary manner. And to draw guests to the elevator, designers can use lighting cues or color changes.

“For the Whitley," said Parker, describing the Luxury Collection Hotel in the stylish Buckhead district of Atlanta, "we painted the elevator [foyer] a deep, rich green. The rest of the lobby is very light and bright, so that deep green draws you in ....” Parker explained.

Still, not all hotel lobbies are designed in this manner. “There is definitely a trend to open up lobbies and lounges to the general public, but it all goes back to the intention of a hotel — whether that means it is meant to be a social center, or a private oasis,” Yabu said.

Case in point: the Park Hyatt Paris-Vendôme, designed by Ed Tuttle, who also works on all the Aman properties. Its entrance is rather nondescript: just a revolving door with a simple sign bearing the hotel’s name above it. It’s actually quite easy to pass by.

Then, if you look inside, you’ll see just a small foyer with a desk that could easily be the entrance to an office or full-service apartment building. That’s actually the concierge, while reception is down a long hallway — past a restaurant, a seating area around a fireplace and the terrace. “You have the concierge at the door on the Rue de la Paix side, and the check-in in the back, so it does not disturb the public spaces of the hotel,” said Tuttle.

Here, the layout is all about respecting the privacy of the guests, and keeping socializing a more intimate affair. That’s not to say the public isn’t welcome — anyone can make a reservation at the hotel’s restaurants or its spa — but the very discreet design does prevent gawking tourists from meandering into its lobby and snapping photos.

The secret psychology of airports

Keeping it calm in the guest room

Given their function as a private sanctuary for guests, it’s not too surprising that rooms are designed differently from public lobbies. As a home base for both leisure and business travelers, hotel guest rooms need to incorporate some level of residential comfort (divine bedding; a sitting area for relaxation; a practical and efficient workstation) as well as an overall sense of calm and serenity.

A guest room is, after all, where you sleep. Every hotel room has a bed, and most have a chair and a desk. So, what differentiates a stellar hotel room from one that's just mediocre? It all comes down to how the space — using materials, colors and lighting — makes you feel.

Hotel designers often have access to metrics regarding what color palettes and materials calm guests, thanks to studies and surveys. And the results are, well, pretty obvious: Neutrals and cool colors combined with soft, tactile materials are soothing. All in all, there’s not a ton of psychology at play in the living and sleeping areas, as many design decisions are are driven by what's practical.

How to make your home feel like a five-star hotel

But the bathroom has a bit more going on.

“Having a bathroom that feels more like a spa is more key than bedrooms right now,” said Torres. “Most clients are spending a lot of their money in their bathroom renovation.”

Bathrooms are oftentimes a claustrophobic space with a small footprint and no windows, so designers have to rely on old-fashioned design tricks to change a guest’s perception. Shower curtains are being removed in favor of glass doors for two reasons: First, this elongates sight-lines to the back of the shower and creates the illusion of more space. Second, shower curtains are often perceived as dirty. (Just saying.)

But what really makes a hotel room stand out for guests? Something that goes beyond what they have at home.

“Often, brands and hoteliers tell us they want guests to feel a sense of home in their hotel. Although we understand this request, a hotel is meant to act as an escape from that — something sexy, delightful, different,” Yabu said. “Our notion is to move beyond the idea of ‘home’ and into the paradise inside the mind of our guest. Guest rooms should arouse the senses, offering interesting furniture, lighting and tech that can’t be found at the store. Maybe it’s an oversized shower or the most advanced toilet on earth. The guest room has to offer interesting moments that lure guests to already begin thinking about their next visit.”

And ultimately, that’s the secret to the psychology of hotels — how to wow guests with the full experience, and convince them to come back for a return visit.