The best way to get from Heathrow Airport to London 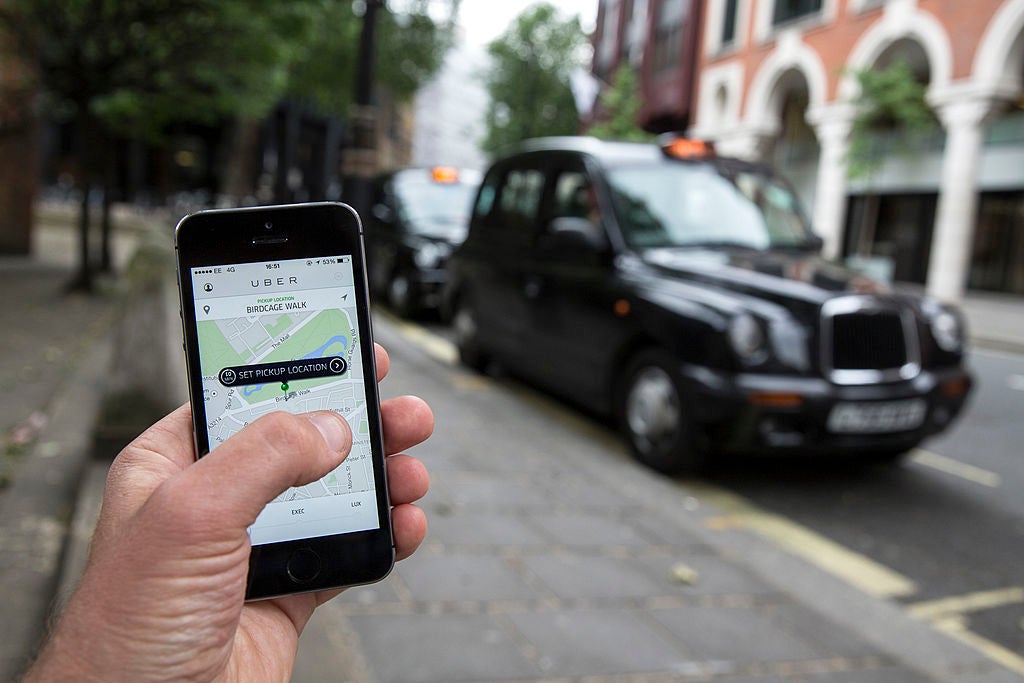 London is a destination for many points enthusiasts since there are often great redemptions available for hotels and flights. The UK is so points-centric that it even became the first international office of TPG with the launch of TPG UK in April this year. But after landing at the largest London airport, Heathrow, how should you get into the city — or return to the airport after your trip? The best method depends on time of day, group size, luggage, budget and personal preference. No matter which mode you choose, use a card, like the Chase Sapphire Reserve, that rewards you for travel and doesn't hit you with a foreign transaction fee.

London’s subway — the Underground or “the Tube” — is the least expensive way to travel between Heathrow and Central London. Children under 11 travel for free when accompanied by an adult. You can purchase single paper tickets from a machine prior to boarding, or use an Oyster card (a contactless smartcard that's a payment method for public transportation in London) or other contactless card.

It is rare to wait more than 10 minutes for the subway to arrive, even at off-peak times. Heathrow Airport is at the western end of the dark-blue Piccadilly line. The airport has three London Underground stations: one for Terminals 2 and 3 and one shared by Terminal 4 and Terminal 5. The Piccadilly line snakes through central London, hitting some of the most popular spots (South Kensington, Piccadilly Circus, Covent Garden, Kings Cross), and is likely your least expensive mode of transportation into or from the city.

It can be a bit difficult if you are carrying luggage, as many stations have stairs. Also, redeye flights from the US tend to put you on the Tube in the middle of rush hour, and if you’re changing trains, it will be hard to squeeze onto a packed train with a suitcase between 8 and 10am.

Trains start running just after 5am and stop around midnight, so double-check your train times on the TFL journey planner, especially for flights arriving early in the morning. On Fridays and Saturdays, the Piccadilly Line operates 24 hours, with night trains to and from Terminals 2, 3 and 5 on average every 10 minutes. There is no service from Terminal 4 but you can transfer via a walkway.

Transit Time: It takes about 50 minutes to travel from Heathrow Terminal 5 to Piccadilly Circus.

If you want to get into the center of London quickly, the express train is likely your best bet, especially if you're staying near Paddington Station. The Heathrow Express runs between Heathrow Airport and Paddington Station, taking 15 minutes from Terminals 2 and 3 and 20 minutes from Terminal 5. It can end up being expensive for a large group, but you can save up to 75% off fares by booking in advance. Children 15 and under travel free when accompanied by a paying adult in Express or Business Class. Tickets must be purchased on the app, at a machine or on board (most expensive). Online tickets range from $7 one-way to $33.70 one-way for Express Class so it is worth booking them more than 90 days in advance to secure the lowest fares. Heathrow Express accepts contactless cards at the gates. The Heathrow Express has luggage racks, outlets at the seats and Wi-Fi. Trains run from approximately 5am to midnight.

Uber's advice for riders arriving at Heathrow: "To find your pickup location, check the Uber app after you request a ride." The pickup spots are usually:

Transit Time: The trip from Heathrow to London depends upon the traffic. Rush hour (7–9am and 4–7pm) is to be avoided if you are short on time. Also, factor in additional time to meet your Uber and get to the Short Stay Car Park. Approximate time from T5 to Piccadilly Circus is one hour.

Cost: From Terminal 5 to Piccadilly Circus is approximately £42 ($51) in an UberX, but with luggage you will need to order a larger car.

Black cabs are the traditional London taxis with five seats — three across in the back and two flip-down seats facing backward. The rounded hackney carriage design is from the 1950s, a true London icon. These are the only taxis in London that you can hail on the street or get at a cab stand. Some apps such as Gett have fixed-price fares from Heathrow to Central London (from £45-65) so you don't have to watch the meter. London cabs that you hail will vary in price.

Transit Time: Approximately 55 minutes from Heathrow Terminal 5 to Piccadilly Circus in light traffic. Black cabs can take the bus lane, unlike any other cars, including Ubers.

Cost: The price can be fixed going to Heathrow, but variable if coming from the Heathrow cab stand: £45–75. The upside is that you can often fit your whole group and luggage in one taxi.

Car services, such as Addison Lee, will park and wait for you with a sign at the airport arrivals gate and help you with your luggage, as opposed to hauling your things to the Uber pickup spot. Additionally, you can book car seats for children or make other requests ahead of time that note if you're traveling with a pet, etc.

Transit Time: It takes approximately 55 minutes from Heathrow Terminal 5 to Piccadilly Circus in light traffic. You will need to walk to the car with the driver, but will have help with your luggage.

Cost: Prices start at £60 for a medium car for four people, including 30 minutes of waiting time.

The TFL Rail Heathrow (formerly Heathrow Connect) is a local train that travels between Heathrow and Paddington Station. It departs from the same platform as the Heathrow Express but stops five or six times between Heathrow and Paddington Station. It is particularly helpful if you're staying at one of the locations along the TFL Rail Heathrow route, such as Ealing Broadway, which can connect you to much of West London. As it is part of the TFL (Transport For London) network, you can use a London travel pass or use contactless payment.

Of note is that the TFL Rail to Heathrow starts earlier than the Tube or Heathrow Express, with the first train leaving Paddington at 4:42am on weekdays.

Transit Time: The Heathrow Connect train takes 32 minutes between Paddington and Terminal 2, plus five minutes more to either Terminal 4 or 5.

Cost: The cost varies depending on train time and date. Our searches found prices from $13.30 one-way.

With service from 3am to 11:59pm, 51 times a day, the National Express bus is another option from Heathrow to Victoria Station or Hammersmith in London.

You can find the National Express in the following locations at Heathrow:

Transit Time: The fastest (middle of the night) trips are 35 minutes to Hammersmith and 50 minutes to Victoria, but you could add 30–45 minutes for light traffic depending on the time of day.

I chose Terminal 5 to Picadilly Circus as a test case to measure travel times and fares, but your hotel may be in another area of London. You can take a bus to the train station at Feltham to reach locations in South London in a cost-effective way.

The 285 bus runs from Heathrow to Feltham (for trains to Richmond, Camberley, Bracknell, London Waterloo, Clapham Junction and the South). At night the N285 operates every 30 minutes on the same route.

Transit Time: It takes approximately 30 minutes for the bus and then an hour on the train to London Waterloo.

Cost: Under £5. You can buy a combined bus and train ticket to cover the whole journey.

There is no perfect solution for getting from Heathrow to London, so it's worth considering your method of travel ahead of time when booking both the time of your flights and your hotel's location.

Featured image by OLI SCARFF/GETTY IMAGES
Editorial disclaimer: Opinions expressed here are the author’s alone, not those of any bank, credit card issuer, airline or hotel chain, and have not been reviewed, approved or otherwise endorsed by any of these entities.