Articles
Jennifer Yellin is a contributing writer to The Points Guy where she focuses on family travel. She is also the founder of Deals We Like where she helps her readers travel on a deal.
Follow
Jan. 18, 2020
•
9 min read 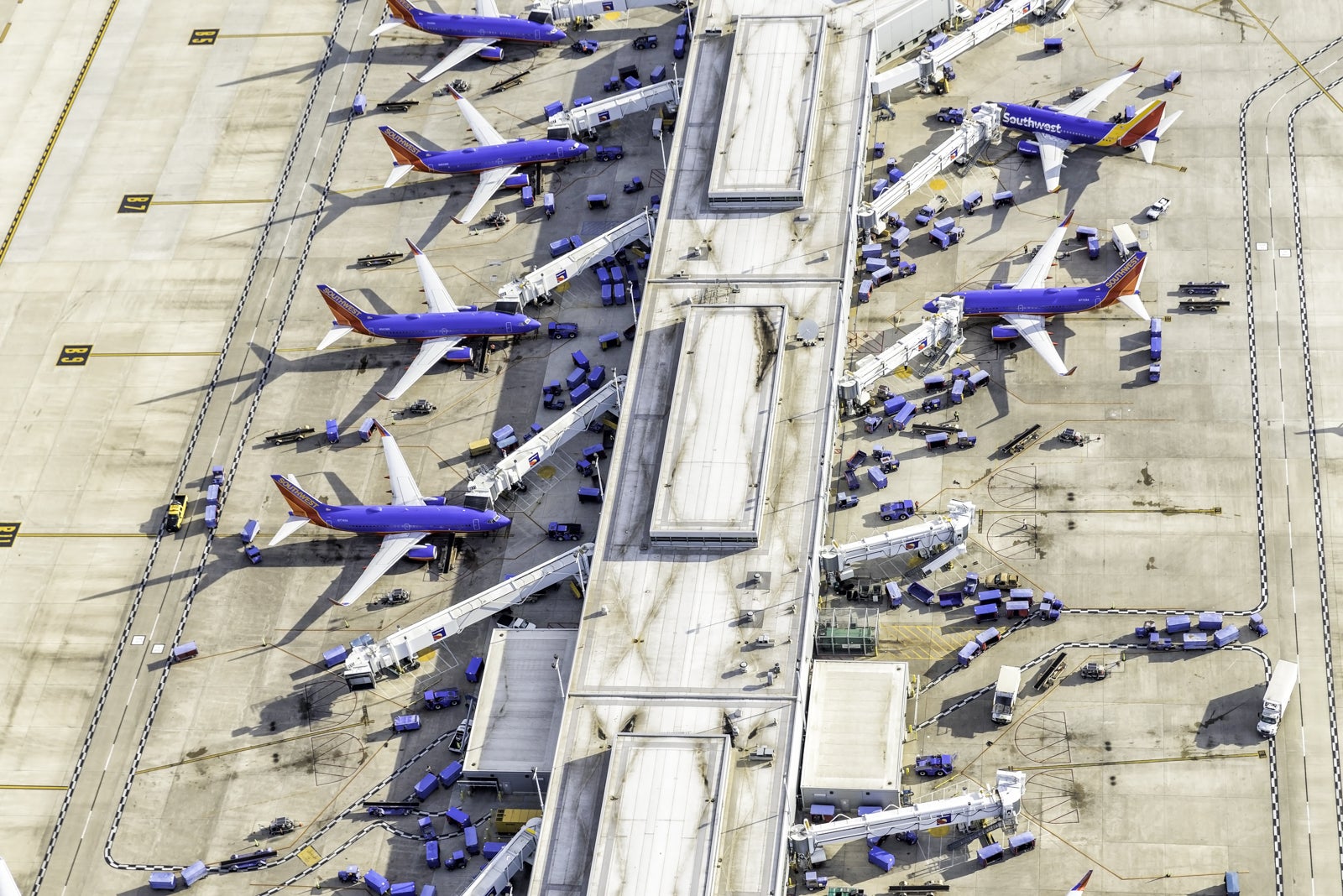 It doesn't have a lot of frills, but if you are a New York City resident, you should absolutely consider Southwest Airlines for your next trip, especially if you have a family.

One popular benefit for families on Southwest Airlines is the amazing Southwest Companion Pass. (There are other benefits such as flexible change and cancellation fees, a liberal policy for repricing a fare when the price decreases, complimentary checked bags and lap-children accessibility.) With a Companion Pass, the passholder can have a companion fly with them for almost free an unlimited number of times (the only cost for the second seat is taxes/fees, which are just $5.60 one-way for domestic flights; international flights are higher). You save on ticket prices for any companion on any flight you take for the life of the pass (which expires on December 31 the year after it is earned).

This means if you are able to meet the full minimum spend requirement, the 75,000 points earned from the welcome bonus will get you 60% of the way to earning the pass. You can earn the remaining points many other ways, such as credit card spend, online shopping portals and partner rewards; or you can also get a business credit card to quickly cross the threshold.

In the New York metro area, Southwest only serves LaGuardia Airport (LGA). Southwest pulled out of Newark (EWR) about a year ago, so your options are limited, especially if you live in New Jersey. Southwest also does not serve JFK, but if you live on Long Island, the airline has a large presence in Islip (ISP). (Tip: If you live in Connecticut, also consider Bradley Airport (BDL) outside Hartford. If you live in southern New Jersey, Philadelphia airport (PHL) is an option. Both have many Southwest flights.)

Although the airport options have become more limited in the past year, you still have a decent number of Southwest routes available. From LGA, you can fly to many domestic locations in the South, Midwest, West Coast, as well as some international destinations. The one real disadvantage of flying Southwest from NYC-area airports is that nonstop flights are relatively few. But with a brief layover in Atlanta, Denver, Chicago and other airports central to the Southwest network, you can fly far and wide.

Most families (and single travelers) prefer nonstop routes. Boarding and deplaning an aircraft once during the day can be stressful enough for a family. Doing it multiple times to get to your destination is painful. But be open-minded. Southwest offers many routes where the aircraft just makes a stop on the ground and there is no actual layover. These direct flights (different than nonstop) may mean you do not get off the plane and your family can stay in their seats while the plane is on the ground before taking off again.

If you do take a Southwest flight that stops en route to your final destination, you can use that stop to move up to the "good" seats once some passengers exit the aircraft.

Related: Everything you need to know about the best seats on Southwest Airlines

Southwest makes it incredibly easy to search for routes. Its website will tell you which days of the week the route operates, how long the flight is and whether or not there is a nonstop option or if you'll have a layover/one stop. Many routes are seasonal. If you do not see availability during a certain time of the year, check another month to see when that route may start up again.

As a rule of thumb, LaGuardia will be your airport of choice for most destinations, but Islip is preferable for flights to Florida. If both airports are accessible to you, you'll want to price out all options as pricing can vary greatly. Since all Southwest flights price out as one-ways, you can always check to see if departing from one airport and returning to another will actually save you money — assuming you aren't parking a car at the airport. Unlike other airlines, you cannot search for both airports at once. You will need to put the exact airport code into your search (LGA versus ISP) and it will only show you routes for that exact city pair and not surrounding airports. This makes searching for the best price a slightly tedious process, but it can be worth it.

Pick the Airport That Works Best for You

Price and route options might determine which airport you fly out of, but also take into consideration which airport works best for your family. For example, if you live in New Jersey or Westchester, Islip most likely isn't an option. But if you live in New York City, you could make Islip work for you and Long Islanders will almost certainly have their best luck with Southwest as their airline of choice.

For families, an airport lounge can make a world of difference. It allows your kids to run around in a confined space and also nosh on some snacks before takeoff. At LaGuardia, Southwest is located in Terminal B, where those with The Platinum Card® from American Express card have easy access to the Centurion Lounge. As of now, there are no Priority Pass partnerships at LaGuardia. Enrollment required for select benefits.

Islip Airport doesn't offer a lounge, but it is such a small airport with much shorter lines that flying with kids is a breeze.

Don't write off Islip as an option if you don't live in Long Island. When I lived in NYC, we flew out of Islip often. Yes, it is significantly farther away than LGA, but the airport is so easy to use. Without the long lines that you sometimes experience at LaGuardia, the total travel time from your house to the gate can be roughly equal.

Parking at ISP is also much less expensive than at LGA (starting at $14 per day for onsite parking). Another option is to stay at a cheap airport hotel the night before, leave your car at the hotel and take the hotel's shuttle to the airport. I actually did this a few times and it worked out well. For early morning flights, it ensured I didn't have to wake up my kids at the crack of dawn and deal with traffic getting to the airport. The amount I saved on airport parking covered most of the hotel expense and made the actual travel day much smoother. Adding a "staycation" to your larger vacation is always fun for kids as well.

For those in NYC without a car, you can take the LIRR from New York Penn Station to the Ronkonkoma station, roughly a 50-mile and 1.5-hour ride starting at $14.25 per adult one-way (children 5-11 ride for $1 each when accompanied by a fare-paying adult during non-peak morning hours; under 5 are free). From there you can take a taxi/Uber to the airport, which is only a mile away.

Despite its limited footprint in the NYC metro area, Southwest Airlines is a good option. There are many nonstop, direct and connecting routes and pricing is very favorable, especially when you factor in free bags and the Southwest Companion Pass. You might need to do some research on which routes and airports will work best for you, but it can be worth the effort.

Related stories
What are points and miles worth? TPG’s December 2022 monthly valuations
Capital One Venture X to lose Priority Pass restaurants and spa services as of Jan. 1, 2023
December 2022
Current Hyatt promotions: Bonus points on stays and dining plus double stay credits
Featured image by (Photo via Shutterstock)
Editorial disclaimer: Opinions expressed here are the author’s alone, not those of any bank, credit card issuer, airline or hotel chain, and have not been reviewed, approved or otherwise endorsed by any of these entities.