Princess Cruises ship cabin and suite guide: Everything you want to know

Articles
Gene Sloan has written about cruising for more than 25 years and for many years oversaw USA Today’s award-winning cruise site. He’s sailed on more than 150 ships.
Follow
May 08, 2022
•
12 min read 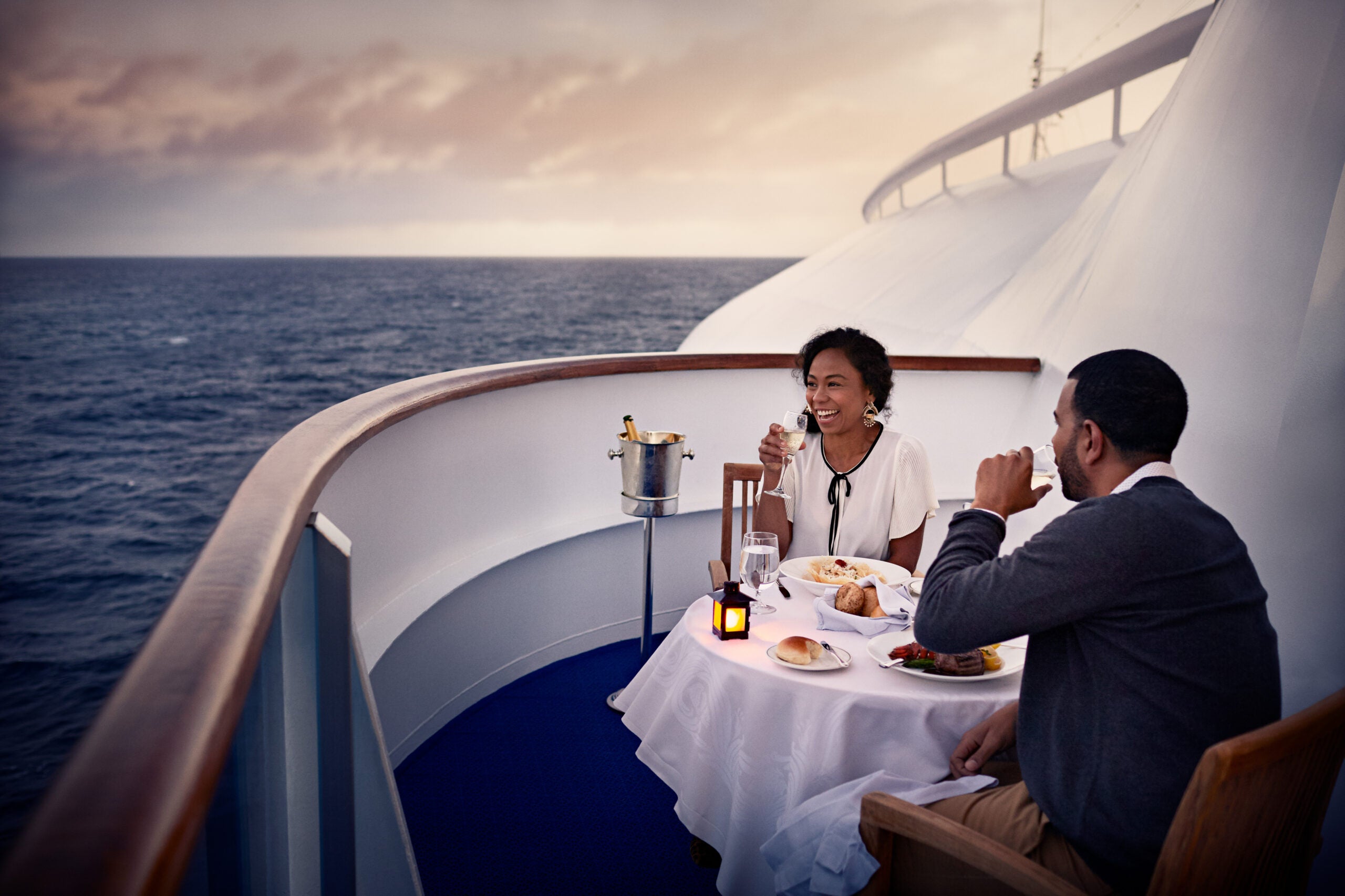 Is a balcony cabin a must for you when you cruise? Princess Cruises could be your line.

The California-based brand was a pioneer in adding a large number of balcony cabins to ships, and even its oldest vessels are loaded with balcony cabins — something that can’t be said for many of its rivals.

On the flip side, Princess offers relatively few suites on its ships compared to some of the big-ship lines with which it most directly competes, including Celebrity Cruises, Norwegian Cruise Line and Royal Caribbean. Just 46 of the 1,830 rooms on the line’s recently unveiled Discovery Princess are suites, for instance. Believe it or not, that’s an improvement from earlier vessels in the same series, some of which have as few as 36 suites.

What this means is there aren’t a lot of ways to live large on a Princess ship or pack a lot of people into a single accommodation. Until the debut of Sky Princess in 2019, the line didn’t have a single cabin that could accommodate more than four people.

Notably, every single cabin facing the sea on three of the newest Princess ships — Royal Princess, Regal Princess and Majestic Princess — has a balcony. These three vessels are completely devoid of ocean-view cabins (cabins facing the sea that only have a window). That’s relatively unusual in the world of big mass-market ships — the niche of cruising in which Princess plays. It’s more common with luxury cruise vessels.

At the same time, as noted above, Princess vessels have fewer suites than you’ll find on the ships operated by such big-ship brands as Royal Caribbean and Celebrity.

Here’s a breakdown of the broad cabin categories on Royal Princess, which is typical of the line’s newer ships (it’s the prototype vessel for the line’s new, six-ship Royal Class series):

On Coral Princess, inside cabins and ocean-view cabins only make up 26% of all rooms. A breakdown of the cabin categories on that ship:

The takeaway here is that you’ll have an easier time locking down a balcony cabin on a Princess ship — even an older Princess ship — than you will when booking many of the ships operated by competing big-ship lines.

Just note that you’ll want to book early if you’re aiming for a suite on a Princess ship since there are so few of them. Note, also, that suites tend to sell out early on cruise ships in general. An old saying in the cruise industry is that “ships sell from the top and the bottom.” That is, the first cabins on any vessel to sell out are the most expensive cabins, which are the suites, and then the least expensive cabins, which typically are the inside cabins. The mid-priced “middle” cabins sell last.

Design-wise, Princess’s cabins and suites are fairly basic and comfortable, if not super stylish.

When it comes to rooms, Princess is sort of the Marriott of the big-ship cruise world. Its rooms are comfortable and functional, but a bit bland. Avant-garde style is not a Princess thing.

Inside cabins on Princess Cruises ships

These are the cabins you stay in when you’re on a tight budget. On any Princess ship, they are almost always the least-expensive option when you’re booking a cabin. You often can save considerable money by booking an inside cabin versus an ocean-view or higher-level cabin.

What you’ll give up, of course, is that ocean view. Your room will have four walls and no windows offering a glimpse of the outside world.

Related: The 5 best destinations you can visit on a Princess ship

Inside cabins on Royal Caribbean’s Symphony of the Seas, for instance, measure just 149 square feet — quite a bit less than the inside cabins on Discovery Princess.

Many inside cabins on Princess ships have pull-down bunks that will allow for up to four people to stay in the rooms.

With an ocean-view cabin, you get a window looking out to the sea, but not an attached balcony where you can sit outside and enjoy the fresh air.

On many Princess ships that have ocean-view cabins, the rooms are mostly found just above the promenade deck, where the lifeboats hang, and have obstructed views. You’ll also sometimes find a few ocean-view cabins at the back of Princess vessels, facing the wake.

On the line’s two Coral Class ships — Coral Princess and Island Princess — there are a few “premium” ocean-view cabins that measure a more spacious 212 square feet. If you’re the kind of traveler who needs a lot of space, these rooms can be a good choice.

There also are a handful of “premium” ocean-view cabins on the new Discovery Princess, Enchanted Princess and Sky Princess that measure 172 square feet and have unusual slanting windows.

Balcony cabins are what everyone wants these days, and Princess is delivering with huge numbers of balcony cabins on all its newest ships. On the line’s new Royal Class series of ships, which began debuting in 2013, nearly 80% of rooms are balcony cabins.

On these newer vessels — Royal Princess, Regal Princess, Majestic Princess, Sky Princess, Enchanted Princess and Discovery Princess — the typical balcony cabin has an interior space of 181 square feet plus a balcony that measures 41 square feet (for a total of 222 square feet). However, there also are bigger “premium deluxe balcony” cabins that can measure as much as 233 square feet on the inside (not including the balcony). Some of these have larger-than-normal balconies that can stretch the total square footage to 312 square feet.

In addition, the Royal Class vessels have even larger balcony cabins that Princess calls mini-suites. Including their balcony space, these cabins measure anywhere from 299 to 329 square feet. While these mini-suite cabins have the word “suite” in their name, we are including them in the balcony cabin category as they generally resemble very large balcony cabins vs. true suites.

Related: Everything to know about the Princess Captain's Club loyalty program

The typical Princess balcony cabin has twin beds that can be converted into a queen bed, a built-in desk with a chair and a built-in miniature refrigerator. In addition to beds, a desk and a miniature fridge, premium balcony cabins have a seating area with a sofa bed that can be used for a third passenger in the room. Some also have a pull-down bunk that can accommodate a fourth person.

As mentioned above, Princess ships generally have fewer suites than the ships operated by some of its biggest competitors. The line also isn’t known for particularly giant suites.

Princess’s three newest ships — Discovery Princess, Enchanted Princess and Sky Princess — have the line’s first truly large standalone suites, dubbed Sky Suites. There are two of them on each of the vessels, and they measure a generous 1,792 square feet (though more than half of that space is taken up by a huge wraparound balcony). With two bedrooms plus a living room with a pullout sofa, the Sky Suites are the first Princess accommodations designed for up to five people.

Still, even the Sky Suites on Discovery Princess, Enchanted Princess and Sky Princess aren’t the sort of truly epic suites with huge interior living spaces that you’ll find on the latest ships from such competitors as Celebrity and Royal Caribbean. The latest Celebrity vessels, for instance, offer so-called Iconic Suites that have twice as much interior space as the Sky Suites.

If you’re the kind of cruiser who is only happy in a cabin of truly giant proportions (and are willing to pay up for it), Princess probably isn’t your line.

Still, you’ll find at least a few suites of a decent size on every Princess ship. The line’s seven Grand Class vessels each offer two “family suites” at their fronts that can be created by connecting a mini-suite with an adjacent inside cabin to create a six- to eight-person complex.

Each of the line’s Royal Class ships (the line’s six newest ships) has at least 36 suites.

Related: 7 reasons you should splurge for a suite on a cruise

Featured image by Princess Cruises will arrange a four-course Ultimate Balcony Dining meal for passengers on their balconies for an extra charge. (Photo courtesy of Princess Cruises)
Editorial disclaimer: Opinions expressed here are the author’s alone, not those of any bank, credit card issuer, airline or hotel chain, and have not been reviewed, approved or otherwise endorsed by any of these entities.