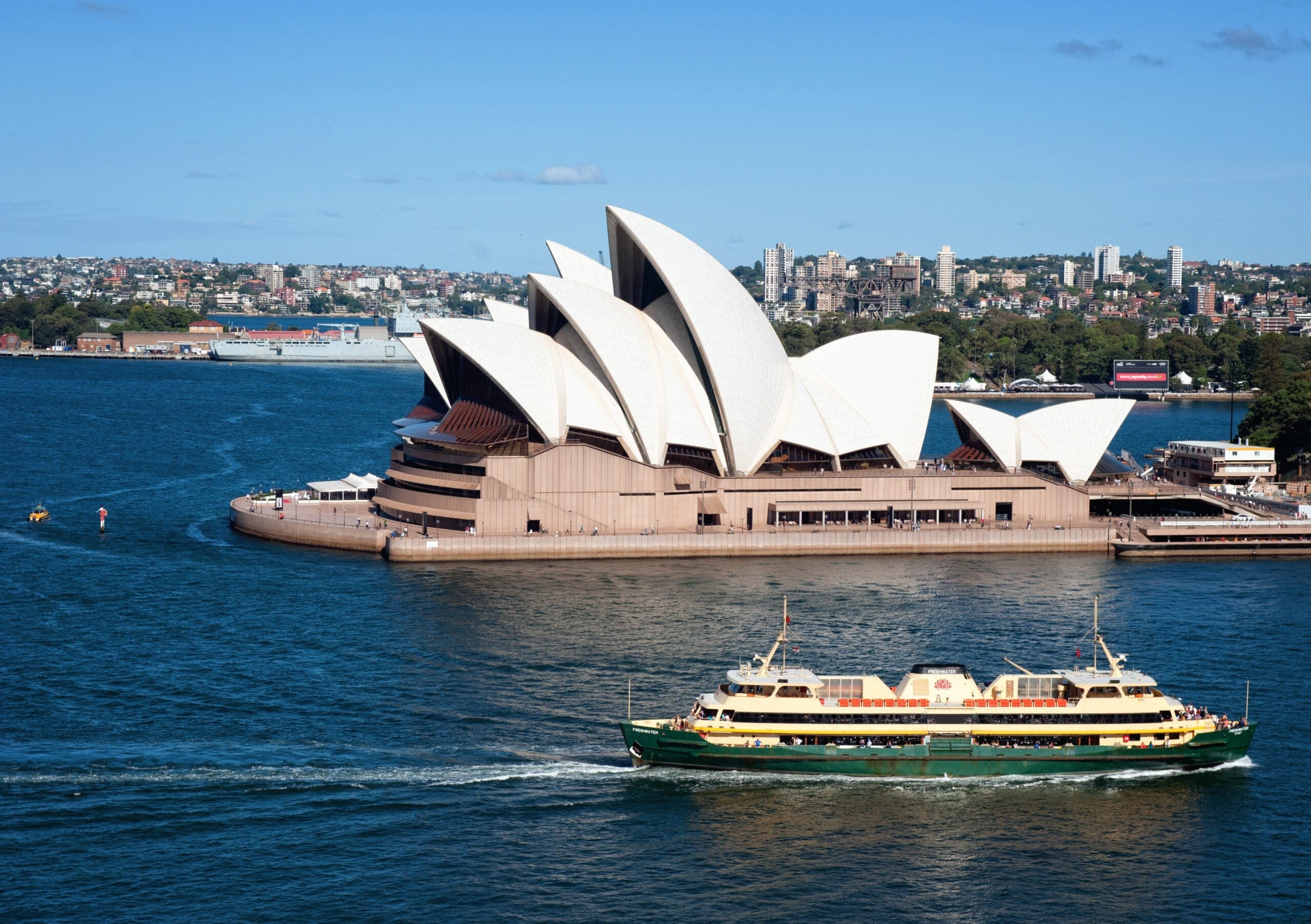 After nearly two years with some of the strictest lockdowns and border closures in the world (even for citizens transiting through its own states and territories), Australia finally reopened to international travelers in late February.

I was among the first Americans to arrive in Australia the day it began allowing in tourists from other countries. Even with a sheaf of government forms to complete and carefully timed COVID-19 testing requirements to fulfill, the process to enter Australia was fairly easy to navigate.

My next question was: What would I do once I got there?

I spent about 10 days hopping between states including New South Wales, Tasmania, Queensland and Victoria. My first stop, however, was for four days and three nights in Sydney — and I didn’t have much time to plan.

During my visit, New South Wales still required folks to wear face masks in all indoor areas other than a place of residence and on public transport. Those mandates — combined with the fact that I didn’t want to take too many chances of contracting COVID-19 during my trip — had me looking mostly for interesting outdoor experiences.

I should note that the day after I departed Sydney, New South Wales further relaxed its masking requirements so that they currently are only necessary in high-risk settings such as public hospitals, indoor music festivals and at airports, among other venues. Also worth noting: nearly 95% of the population over the age of 16 is fully vaccinated.

Still, if you’re planning to head to Sydney anytime soon and you're looking for lower-risk outdoor activities, here are a few of my favorite experiences in the city.

Contrary to popular belief, Australia doesn’t actually record many shark attacks. In fact, the U.S. outranks it year after year, with 47 in 2021 versus 12 in Australia, according to the International Shark Attack File.

But if you don’t want to risk any marine menaces while soaking up Sydney’s dramatic oceanscapes, you can pop on your "bathers" (one of many Aussie terms for a swimsuit — my preferred term is "togs") and head to one of the city’s three dozen or so dramatic ocean pools, many of which are carved into the rocky coastline.

One of the oldest is the Bronte Baths (free entry), which were hewn out of sandstone formations just south of the beach town of the same name and originally opened in 1887. Wylie’s Baths in nearby Coogee date to 1907 and have panoramic ocean views and a natural-rock bottom. Entry is 5.50 Australian dollars ($4 for adults).

The most famous (and most Instagrammed), however, is probably the 50-meter (about 164 feet) Bondi Icebergs Pool, which was built in 1929 and is named after the local swimming club. Spray from the waves crashes over the pool’s lip as folks practice their butterfly and backstroke to the rhythm of the tides (entry is AU$8, or $6). It’s also a great spot for setting off on the next activity on my list.

Sydney boasts many scenic coastal walks, but one of the most popular and enjoyable is from the famous beach suburb of Bondi south toward the laid-back surfing hamlets of Bronte and Coogee, each with its own wide, golden sandy beach.

Walking the whole 3.7 miles from Bondi to Coogee takes around 90 minutes and parades past picturesque coves like Clovelly and the clifftop Waverley Cemetery, which has grassy slopes punctuated by macabre Victorian and Edwardian headstones, including one for the noted Australian writer and poet Henry Lawson.

Depending on which direction you head, you can cap off your hike with a bit of beach time in Bondi or Coogee. Alternatively, you could pop into the historic Coogee Pavilion, which has been transformed into a multivenue dining and drinking hot spot, for a post-perambulation drink.

Modeled after the Tyne Bridge in Newcastle, England, the Sydney Harbour Bridge opened just four years after its predecessor, in 1932, with an arch span nearly three times as long (around 1,654 feet).

The Sydney Harbour Bridge connects the city's central business district with suburbs along the northern side of the waterway to this day. Visitors can learn all about its history as they climb the 400-foot-high arch on one of BridgeClimb’s guided tours, including the 3.5-hour "Ultimate" experience, which costs AU$348 per adult ($257) and AU$189 per child (about $139).

One of the more unique climbs is the relatively new Burrawa Indigenous Experience, during which climbers can delve into the history of the Aboriginal peoples who inhabited the area where Sydney now stands long before Europeans arrived on these shores. During the three-hour activity, participants learn the origins of place names around the city as well as the personal biographies of legendary Indigenous elders like Bennelong and Patyegarang, from Indigenous storyteller Shona Davidson, who hails from the Quandamooka and Nunukal of North Stradbroke Island.

The tour runs on the last Saturday of every month (with additional dates in April and July) at 9:15 a.m. and 1:45 p.m. Tickets cost AU$288 ($212) per adult and AU$149 ($110) per child and include a AU$10 donation ($7.40) to the not-for-profit Tribal Warrior foundation, which runs development and mentoring programs for Indigenous youth and families in Sydney.

If you prefer to remain on terra firma, trace a path from ancient history to the present day by learning about Australia’s Indigenous past and the peoples that inhabited and cared for the area that now comprises Sydney on a walking tour of The Rocks neighborhood with Dreamtime Southern X.

Founder Margret Campbell or one of her guides will perform a traditional welcome custom explaining the significance of ochre to Indigenous traditions and acknowledging the Earth Mother. Guests then spend 90 minutes learning how the area’s original human inhabitants spent their time day to day and year to year, practiced their culture, how their creation stories are woven into the landscape, and how these elements are still evident in modern-day Sydney. Tours depart daily at 10:30 a.m. and 1:30 p.m. and cost AU$59 per adult ($43.50) and AU$33 per child ($24).

Take the ferry to Manly

Combine two outdoor activities in one by taking the 20- to 30-minute ferry from Circular Quay to the town of Manly (about $5.70 to $6.90 per adult each way on Sydney Ferries) and spending the day sunning on the sandy beach or relaxing under the shade of the arrow-straight Norfolk pines that line its Marine Parade.

You can snag a seat in the ferry’s outdoor section and take in some of the most breathtaking views of Sydney Harbour and its iconic landmarks, including the Opera House and Harbour Bridge, then watch the city’s various coastal towns glide by as you steam northeast toward the mouth of the Harbour. Before you head back from your beach day, stop by Hugos Manly right on the wharf for an early seaside supper of fresh Sydney rock oysters, kingfish sashimi and signature wood-fired pizzas, including one with chili-marinated roasted prawns and bell pepper.

If your trip doesn’t involve time in the bush seeing Australia’s unique flora and fauna, you can at least spend an afternoon getting to know the continent’s animal residents a bit better with a visit to its famous Taronga Zoo (admission is AU$44.10 for guests 16 and older, or about $32.50, and AU$26.10, or about $19.25, for children ages 4 to 15). The 12-minute ferry ride from Circular Quay costs $4.50 to $5.60 per adult each way.

The zoo not only has some of the best views of the city but is also home to over 5,000 animals representing more than 350 species, including Aussie originals such as koalas, red and tree kangaroos and cute little greater bilbies.

Make that jet lag work for you by booking a sunrise kayak tour with Sydney by Kayak, and watch the city come to life in the morning as you sip on a flat white or a long black (or any coffee drink you prefer, really) from a local cafe.

Participants paddle along the shore of Blues Point and Lavender Bay and even pass under the Harbour Bridge on weekdays from November through January, weather permitting, and year-round on weekends. Tours last approximately two hours and cost AU$125 to AU$145 (about $92 to $107) per person.