Is Nepal a Family-Friendly Destination?

Articles
Elen Turner divides her time between Nepal and New Zealand, and loves to write about these beautiful and fascinating countries that she calls home. She writes about everything from travel with kids to trekking in the mountains.
Follow
Feb. 01, 2019
•
11 min read 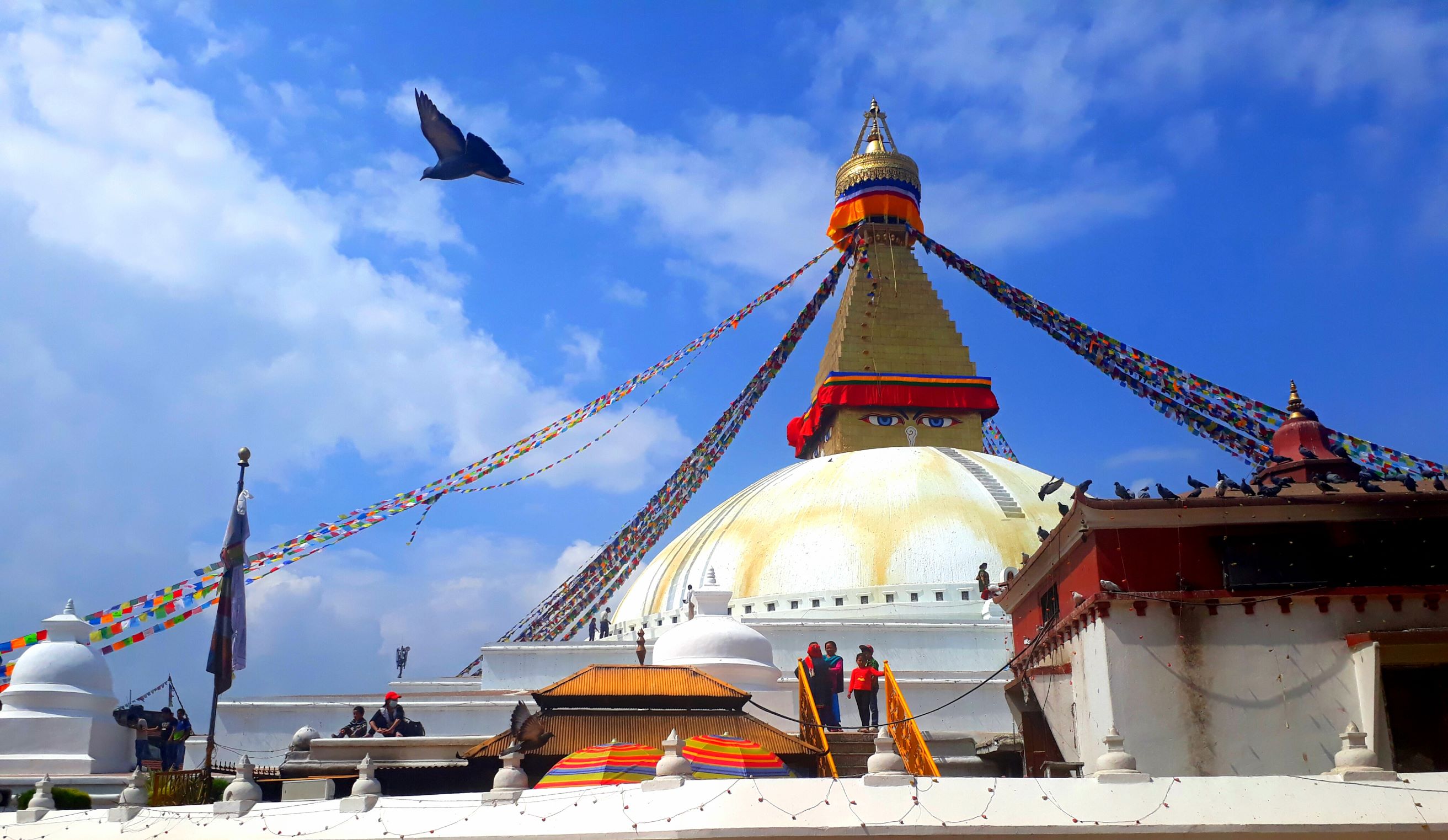 Nepal is a bucket-list destination for many adventurous and budget-conscious travelers, thanks to being home to seven of the world's 10 highest mountains, as well as interesting cities, warm people, wildlife-filled jungles and other adventure activities -- think paragliding and white-water sports. But as all family travelers know, traveling solo and with kids are two entirely different things.

There are a lot of reasons to recommend Nepal as a family- and kid-friendly destination, but there are also a lot of reasons to pause. As a sometime-resident of Nepal and the mother of a half-Nepali daughter, I've experienced both sides of the coin. Kids will almost certainly have a fantastic time in Nepal, but does that come at the cost of stressing parents out a bit too much? If Nepal is on your wish list, should you just dive in with the kids in tow or wait until they're not “kids” anymore? Here are the pros and cons of traveling to this undeniably fascinating destination with kids.

Con: Long Flight Times from the US

While there are a few airports in Nepal, you'll likely want to fly into Kathmandu (KTM). The best routing from JFK, with connections in the Middle East, clocks in between 18 and 22 hours each way. Qatar Airways has many options and since the airline is part of OneWorld, you can book a partner award with your American AAdvantage miles. When we checked availability, American easily found saver space on many dates, often on a mix of Qatar and other partner flights. Flight prices are: Economy MileSAAver awards for 40,000 miles each way, Business/First MileSAAver for 70,000 miles each way and First MileSAAver for 115,000 miles each way. Depending on the carrier, there may also be some fuel surcharges and fees to deal with (especially on British Airways), but if you stick to Qatar and Royal Jordanian (two commonly presented options), your fees will be minimal.

Other airlines with service to Kathmandu include China Eastern, China Southern, Emirates, Singapore Airlines, Korean Air, Cathay Dragon (Cathay Pacific) and Etihad Airways. And, if you do make the trip, here are some tips to survive a long-haul flight with your kids.

Pro: The Sheer Beauty of the Mountains

There are few places in the world where travelers can see anything on the same scale as the Himalayas. The small rolling hills around Kathmandu are taller than the tallest mountains in most other countries, and the Himalayas that lie beyond are simply enormous. Nepal is famous for its trekking routes through the mountains, and if you choose to go trekking with kids, there are good options for all ages.

A number of trails in the Annapurna and Langtang regions, in particular, don't go to high altitude — they stay close enough to villages for basic medical assistance and communications to be on hand — and the level of comfort and variety of food in lodges (called teahouses in Nepal) can be good. It's even possible to hire porters to carry your kids in a hiking pack. And in several places, horse treks can be arranged. Exposing kids of any age to the natural beauty of the Himalayas will be a high point in their education.

Pro: Acceptance of Kids in Public

Nepalis are generally warm toward and tolerant of kids. Nepali culture is very family-oriented, and rarely are parents expected to be the sole caregivers of kids, with aunts, uncles, grandparents and neighbors willingly stepping in to help Nepali parents. This can also extend to foreign tourists, too. Nobody minds if you bring a screaming child into a restaurant, and you're likely to have a friendly waiter help you out, playing with the kids and distracting them so you can relax. While on official errands (waiting in an immigration line or going to the bank), you'll often be ushered to the front of the line if you have kids with you. The flip-side of all this is that your kids may tire of having their cheeks pinched affectionately (or you may, on their behalf).

While kids are welcome almost anywhere in public, it's almost impossible to find any facilities created just for babies. Public restrooms are few and far between in the cities (and you wouldn't want to take your child into those that do exist). Even restaurants with good bathrooms don't have baby changing tables — I have never seen a single one. Plus, only a handful of restaurants in Kathmandu provide high chairs for young children, which is a sorry state of affairs for a capital city (shoutout to Cafe Soma, Chez Caroline and Cafe Cheeno for providing them). The best most parents can hope for is to find a cafe or restaurant with cushion seating on the floor, which fortunately are quite abundant in Kathmandu and Pokhara.

Parents of nursing children will be pleased to hear that public breastfeeding is perfectly acceptable in Nepal. Nobody will even glance at you sideways if you need to feed your baby in a public area. Nepali mothers tend to breastfeed for longer than many mothers from Western countries, so it's not an uncommon sight. Tribhuvan Airport (both the international and domestic terminals) also has breastfeeding rooms with a baby changing table in them, for privacy.

A major con in Nepal for adults, let alone kids, is the food hygiene. This con shouldn't be overstated, as travelers with strong stomachs shouldn't encounter major problems as long as normal precautions are taken. It's easy to find clean restaurants with good food hygiene in Kathmandu, Pokhara and other places that are used to tourists. But parents of very young children should be careful in other locations.

I took my then 13-month-old daughter to a homestay in a village not far from Kathmandu, thinking that as it was a homestay, there would be “homey” facilities where I could prepare her meals in sanitary conditions. I knew it would be a bit basic, but I came with plenty of fruit, crackers and formula milk. I wasn't prepared, however, for the kitchen not to have dish soap with which I could wash her bottles. When I asked (in Nepali) for some, they brought me a packet of laundry detergent. Fortunately, my daughter was still breastfeeding, but this wasn't an ideal situation and I'd warn against families with young children staying in homestays for this reason.

Nepal isn't just about the mountains. The jungle national parks on the Terai (the plains bordering India) are full of wildlife that most kids will only have seen in zoos (or books) before. Chitwan National Park is home to a large population of one-horned rhinoceros, and safaris into the park almost guarantee a sighting. There are also gharial crocodiles, elephants and a variety of birds in the park. Chitwan is easily accessible from Kathmandu and Pokhara. Further off the beaten path but still accessible by air is Bardia National Park, in western Nepal. It's far less visited than Chitwan so it has a wilder feel. There are good chances of spotting the king of the jungle here: the Royal Bengal tiger. Kids simply love the Nepali jungles.

The most serious con for traveling with kids in Nepal is the road safety and quality. Road accidents are shockingly common — more than 2,000 fatalities every year. The poor condition of the roads and badly maintained public transportation vehicles are largely to blame. Seat belts are not usually fitted in the back seats of taxis, and child car seats are not available. You can bring your own — I have always used my own in taxis — but it's hard to properly fix them in on short trips (the Doona may be a good solution). Plus, traffic jams in Kathmandu and on the major highways are tediously frequent. Getting stuck in a two-hour traffic jam with a child is not most parents' idea of a fun time. If you're traveling long distances with kids in Nepal, fly.

One final drawback is the pollution in Kathmandu. Almost all travelers need to pass through Kathmandu as it's home to the main international airport in the country. It's a rich city with centuries of history and a wealth of cultural attractions, but it also has one of the highest levels of air pollution in Asia. Many travelers get sick within a couple of days of landing in Kathmandu, and it's advisable to wear a mask over the nose and mouth. However, younger kids won't like this, and air pollution is particularly dangerous for small kids. If traveling to Nepal with kids, limit your time in the capital.

A major pro in Nepal's favor for family travelers is its affordability. Good-quality accommodation can be found at reasonable prices. There are luxury hotels in Kathmandu, Pokhara and Chitwan, and lovely boutique hotels everywhere, many with a pool. If you want to use points, the Hyatt Regency Kathmandu is just a Category 1 property that costs 5,000 Hyatt points per night for a standard room or 7,000 points per night for a room with lounge access. You can earn Hyatt points with the World of Hyatt Credit Card or transfer them in 1:1 from Chase Ultimate Rewards and cards such as the Chase Sapphire Reserve and Chase Sapphire Preferred Card.

The Marriott Kathmandu is scheduled to open in early 2019 as a Category 4 property and there's a Crowne Plaza in Kathmandu that goes for 20,000 IHG Rewards Club points per night. A DoubleTree by Hilton Kathmandu is also on the way in 2020. Parents who want themselves and their kids to be comfortable can do so affordably in Nepal.

In sum, yes, Nepal is a family-friendly destination, for adventurous travelers who understand the challenges and are prepared to meet them head-on. Those who are able to do so will likely be rewarded with a rich and beautiful experience.

Related stories
Chasing American Airlines elite status? Here are 14 ways to earn Loyalty Points
Fly to Greece from multiple US cities for less than $700
American Airlines restores free 24-hour hold option
Holiday airfare is rising: What to know if you haven’t booked yet
Featured image by Boudhanath Stupa is the holiest Tibetan Buddhist site in Nepal. Photo: Elen Turner
Editorial disclaimer: Opinions expressed here are the author’s alone, not those of any bank, credit card issuer, airline or hotel chain, and have not been reviewed, approved or otherwise endorsed by any of these entities.