From helicopters to submarines: 7 luxury adventure cruise ships you have to see to believe

Articles
Ashley Kosciolek has spent more than a decade writing about travel, with particular emphasis on cruises. Her favorite cities include London; Amsterdam; Krakow, Poland; Phnom Penh, Cambodia; Dawson City, Yukon; and anywhere known for outstanding pizza and theater. You can follow her daily exploits, both at sea and on land, on Instagram or Twitter @slyjabroni.
Follow
July 26, 2021
•
6 min read 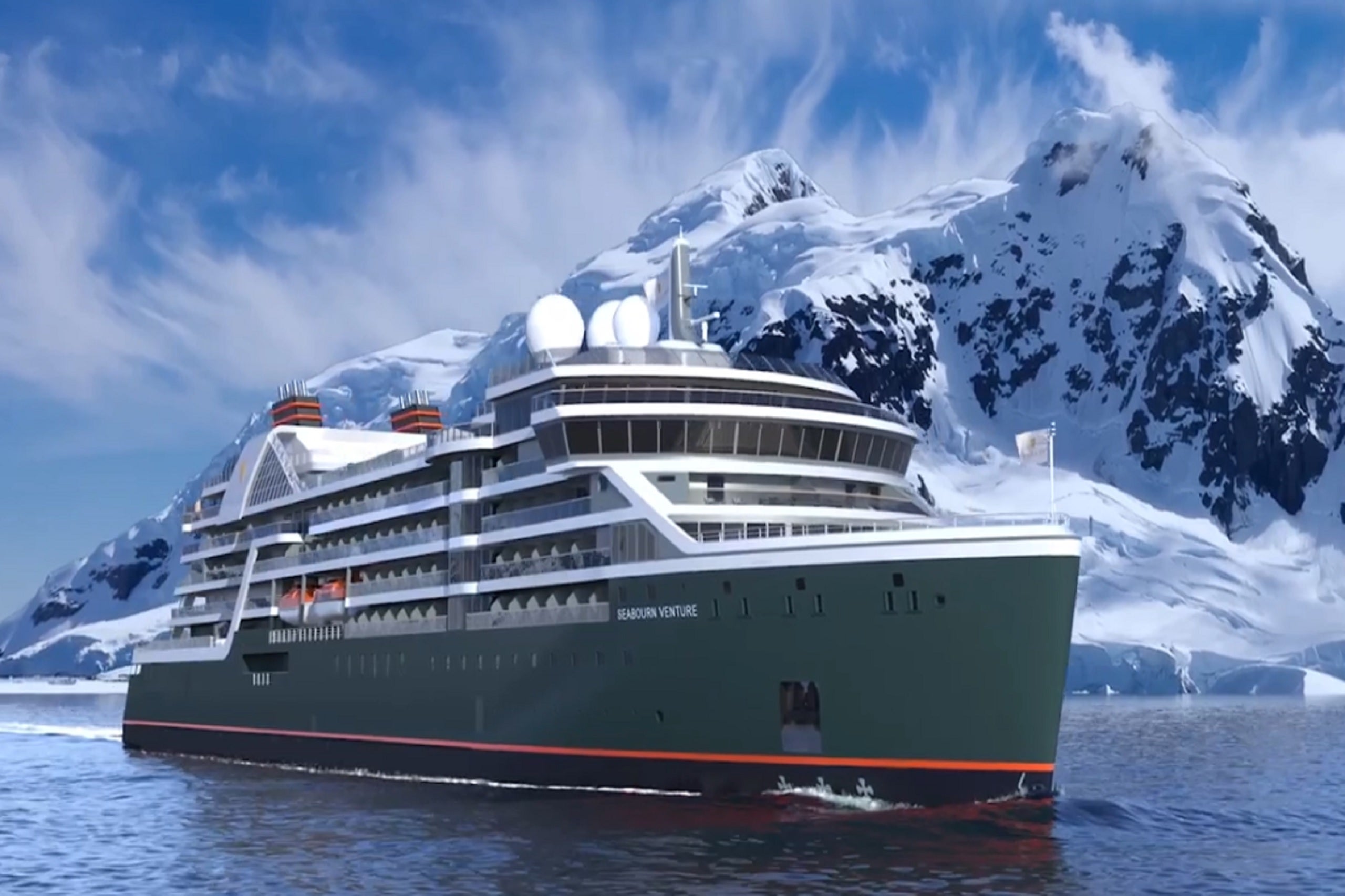 Exceptional service, lavish accommodations and ... submarines? Luxury cruise ships are known for stellar attention to detail and swanky, high-end surroundings, but many lines have crossed over into the expedition realm, making their itineraries more active and adventurous, their suites larger, their amenities flashier and their prices more jaw-dropping.

Here's what you'll find on some of the world's most over-the-top vessels.

Credit for the first helicopters at sea goes to the 228-passenger luxury adventure ship Scenic Eclipse, which debuted in 2019 with two of them, each with a six-person capacity. It also has a submarine with room for six. These toys cost extra to use, and they're operated by trained professionals.

The ship was also one of many to premiere with an onboard marina, allowing cruisers to swim right off the back of the vessel, which stores Zodiacs (inflatable motorized boats used for tendering and wildlife viewing), kayaks and electric bikes onboard for use during excursions.

And since Eclipse was designed to resemble a yacht, it's one of the sleekest passenger ships we've seen at sea.

Carrying an array of outdoor equipment -- including kayaks, bikes and e-bikes -- plus a staggering 24 Zodiacs, the ship is also home to nearly 30 expedition crew members (scientists, historians, naturalists). They give free educational lectures onboard and lead guided tours during the ship's many stops.

Catering to the luxury side of things, Venture boasts all-balcony cabins, meaning every accommodation has its own sliver of outdoor space. Plus, the ship will carry two custom-built six-person submarines, where Champagne will be served to passengers as they take in underwater vistas.

But who needs a submarine when you can enjoy views below the waterline without leaving the comfort of the ship?

On Le Jacques Cartier, which debuted for Compagnie du Ponant in 2020, the Blue Eye underwater lounge offers views of marine life through eye-shaped windows that put fish and other critters at eye level.

The 184-passenger vessel also houses a hydraulic tender platform that extends off the aft and allows for easier boarding of Zodiacs, as well as swimming and water sports like kayaking and paddleboarding.

In addition to a main dining room with the capability to transform into an open-air restaurant, the ship includes free Wi-Fi for all passengers.

If you're simply seeking to book the most expensive luxury cruise cabin, look no further than Seven Seas Splendor. The first new-build for Regent Seven Seas Cruises in more than a decade, the 750-passenger Splendor boasts a Regent Suite that costs a whopping $11,000 per night for two people on some sailings.

The price is super steep, but the perks are plentiful, featuring 4,000 square feet of living space (larger than many homes on land), an in-cabin grand piano and spa with unlimited treatments, a butler, private transportation with a driver in each port, Wi-Fi, unlimited caviar and Champagne and a host of other ultra-luxe inclusions.

While we're on the subject of Regent, we'd be remiss if we didn't mention the line's slightly older and only slightly smaller Seven Seas Mariner, which sold out a 132-night world cruise in less than three hours. With the most expensive cabins commanding $400,000 (roughly $3,000 per night) for two people, that's no small feat. Although neither of these ships falls into the expedition category, the pricing is itself an adventure.

Designed specifically to sail the Galápagos, Silversea's Silver Origin allows a chance for up to 100 passengers to get up close and personal with wildlife they can't find elsewhere.

Featuring a team of local guides, all-suite accommodations, butler service and Ecuadorian-influenced cuisine, the vessel aims to bring passengers a deep look at the destination without forcing them to sacrifice comfort or luxury.

Plus, Silversea designed the ship with the environment in mind. It uses a dynamic GPS positioning system that allows the vessel to stay in place without anchors that could damage delicate reefs. Silver Origin is also plastic-free.

New cruise line Atlas Ocean Voyages launched its first ship, World Navigator, in 2021. Carrying up to 196 passengers, the high-end but casual vessel is the first in both the luxury and expedition sectors to offer solo cabins at the suite level.

Like Silver Origin, World Navigator utilizes GPS positioning in lieu of an anchor to avoid disrupting fragile marine ecosystems. Further, the ship has hydro jets, allowing for slow and quiet propulsion when closer to shore.

For anyone wondering what sets the fledgling line apart from its competition, it's the active, laid-back vibe, as well as its competitive pricing. It's among the least expensive and most inclusive luxury options out there. (As an example, it includes a choice of at least two free shore excursions in every port.) It has also designed its immersive itineraries to cater to more well-heeled travelers who have seen most of the ports other luxury expedition lines frequent.

With room for up to 100 cruisers, the ship is equipped with balconies in nearly all staterooms, and the vessel is also outfitted with a marina for paddleboarding, snorkeling and Zodiac launches.

During its first foray into ocean cruising, Emerald will send Azzurra to the Adriatic Coast, Red Sea and Mediterranean.

Featured image by (Rendering courtesy of Seabourn Cruises)
Editorial disclaimer: Opinions expressed here are the author’s alone, not those of any bank, credit card issuer, airline or hotel chain, and have not been reviewed, approved or otherwise endorsed by any of these entities.