Articles
Dia Adams contributes to TPG Family, writes The Deal Mommy, and is the mom of a teen and a tween. Her passion lies in teaching families how to travel more while keeping their savings and sanity.
Follow
April 20, 2019
•
7 min read 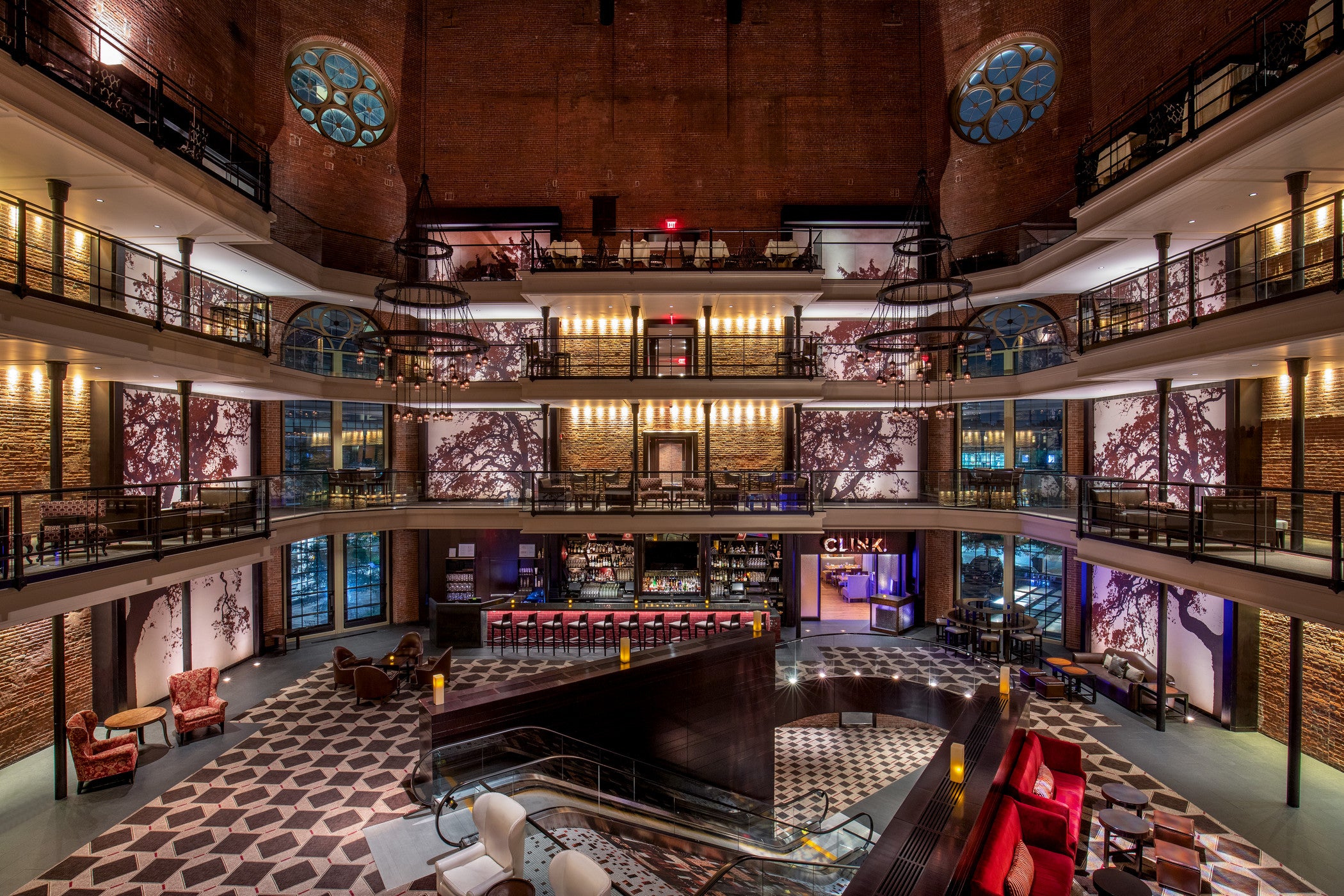 Part of the appeal of hotel chains is consistency: You generally know what to expect. However, some chain hotel stays can feel mundane after a while. Frankly, if you've seen one Hyatt Place, you've basically seen them all.

If you want to break out of the rut, get yourself booked for a night's stay in jail -- sort of.

I found a collection of hotels that once housed convicted criminals and those awaiting trial, but now make for distinctive and fun lodging options. Best of all, you can use miles and points to visit them.

This Tribute Portfolio property has the tagline "escape the ordinary" and bills itself as a "prison of hearts." However, this site of the former Helsinki County Prison housed prisoners from 1837 to 2002. A protected historical site, the main hallway, exterior shell and surrounding red brick walls have been preserved.

The Hotel Katajanokka is no bare-bones property: It currently holds the title of "Finland's Leading Boutique Hotel" and is a winner of the TripAdvisor Excellence Award. As a Marriott Category 4 property, it could be a good use of the Marriott Bonvoy Boundless Credit Card free night award (worth up to 35,000 points). Rates at the hotel start from 185 euros ($207) nightly. Note that standard award rooms will only sleep two. The hotel offers a family room sleeping three, but it is not currently available on points.

The Liberty Hotel, a Luxury Collection property, occupies a prize location facing the Charles River and is across the street from Boston's subway, known as "The T." Formerly the Charles Street Jail, the building dates from 1851 and has been transformed into a high-end experience. I loved the Liberty Hotel's witty nod to its heritage. End tables are shaped like safes and the carpeting has a lock and key theme.

The Liberty Hotel is a Marriott Category 7, with rooms currently costing 60,000 points a night. Standard award room options include a two-queen room, which sleeps four. With rates approaching $600 a night, the Liberty Hotel could be a solid points option, especially with the fifth night free if you are looking for a longer stay in Boston.

You'll find the Protea Breakwater Lodge in South Africa's oldest city, Cape Town. The building was a prison from 1859–1926 before becoming dockworker housing and then part of the University of Cape Town. One of the prison's unique features dating from 1890 was "The Treadmill," which was punishment for petty offenses within the jail. Prisoners were forced to walk on a rudimentary stair-climber for up to eight hours a day.

The Breakwater Lodge has a gym but will not feel like punishment. As a Marriott Category 2 hotel, a five-night stay could cost as little as 50,000 points. Unfortunately, award rooms only sleep two, but family rooms are available for cash rates often under $150/night.

Marriott Bonvoy is not the only rewards program that gives you the chance to sleep in jail. IHG Rewards Club has a prison hotel as well: The Holiday Inn Express San Antonio North Riverwalk. In fact, the Holiday Inn Express leans into its roots. Dating from 1879, the building shows many scars from its days as a prison. You can even stay in Rooms 108 or 218, which used trap doors to form a gallows(!). The hotel is a popular stop on the San Antonio ghost tour circuit, and I'll admit this one is now on my list.

As a Holiday Inn Express, the hotel features free breakfast for guests, a much-appreciated feature for families. Rooms with two queen beds sleep four and are also available as awards. Reward nights are from 25,000 points a night, with the fourth night free if you have the IHG Rewards Premier Credit Card. However, like many IHG properties, cash rates in the $100/night range make using points a poor value most times of the year.

I'm stretching a bit with this one, but the history of the Andaz Liverpool Street is too cool to ignore. The site was originally the Bethlehem Royal Hospital, an insane asylum which opened in 1247. The hospital became famously known as "Bedlam." None of the original structure remains, but how often do you get to sleep in Bedlam?

The Andaz Liverpool Street recently dropped to a Hyatt Category 5 so will run 20,000 World of Hyatt Points a night. Maddeningly, no room in the hotel, not even the 861-square- foot (Andaz) RED Suite, is technically rated for more than three people. To book this one, you can use points from the World of Hyatt Credit Card or transfer points in from Chase Ultimate Rewards.

Not every hotel redemption needs to be at a cookie-cutter property that is solely a place to rest at night. In fact, some options where you can redeem your hotel points are downright quirky. While hotel points can offer you the freedom to travel, they can also offer you the opportunity to steal a night's sleep in jail (with no bail required in the morning).

Featured image by (Photo courtesy of Liberty Hotel Boston)
Editorial disclaimer: Opinions expressed here are the author’s alone, not those of any bank, credit card issuer, airline or hotel chain, and have not been reviewed, approved or otherwise endorsed by any of these entities.