Yes you can go to Ireland; Everything you need to know

Articles
Clint Henderson is the managing editor for news at TPG. He worked in TV news for 20 years, including stints at ABC, MSNBC and Fox, before landing his dream job. Send tips to Clint.Henderson@thepointsguy.com.
Follow
July 17, 2020
•
12 min read 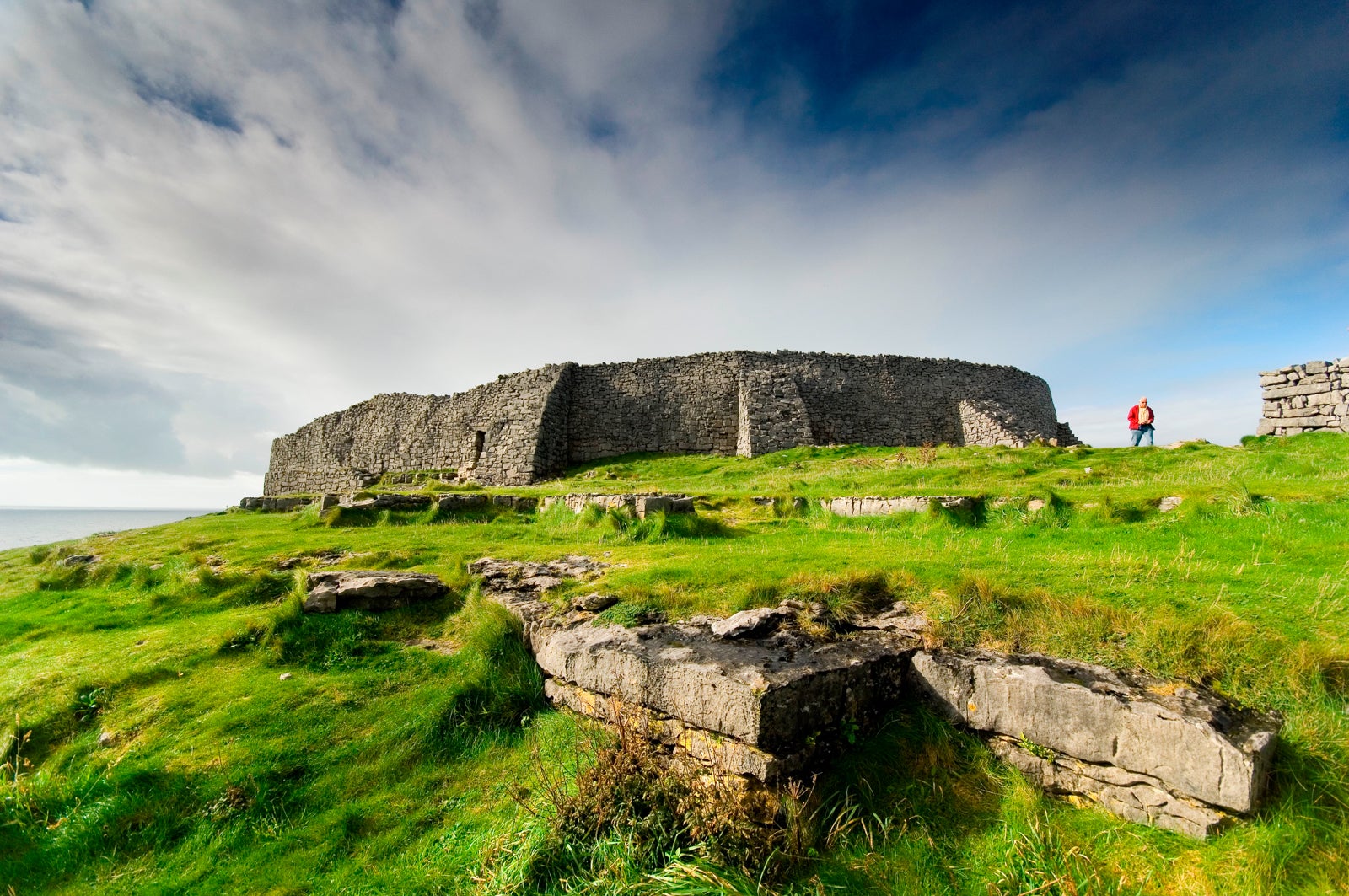 Ireland is open to Americans just like its neighbor the United Kingdom, but it has enacted the same 14-day quarantine requirement that will scare off most American travelers.

Ireland is open but...

Ireland is open to Americans, but you must self-quarantine for 14 days upon arrival.

All arrivals from outside Ireland including citizens and residents are required to isolate themselves for two full weeks. You'll also need to fill out a "Passenger Locator Form" saying where you will be quarantining. There is a fine of up to $2,860 or six months in jail for refusing to fill out the form or falsifying records.

Ireland is a member of the European Union, but unlike other countries in the EU, it did not ban non-essential travel, not even from the U.S. where coronavirus is still raging. Most of Europe is allowing some international tourists, but Americans are not among them. Ireland, on the other hand, never pulled up the welcome mat. The Irish government does advise against nonessential travel to the country, but it's not forbidden and Americans are taking advantage. This policy will apparently be revisited on July 20 so make sure you are doing your research if you plan a trip.

Meantime, Ireland is dealing with visitors who are violating the country's 14-day self-quarantine rule. The New York Times wrote a whole article on this problem. Some TPG readers have also reported that Americans are going to Ireland, skipping quarantine and visiting other parts of Europe. Not only is that illegal, but it's also unethical and endangers other humans. Don't do that.

Don’t miss TPG’s Ireland hub — it’s got everything you need to know about traveling to the Emerald Isle.

What you need to visit Ireland

More information can be found here including frequently asked questions.

What is open in Ireland

After a period of closure, some restaurants and hotels began reopening on June 29. Social distancing rules mean the numbers allowed in businesses will be severely limited.

In fact, Ireland on July 15 delayed entering its fourth and final phase of reopening that was supposed to begin on July 20. Prime Minister Micheál Martin announced current restrictions will remain in place until Aug. 10.

Pubs, bars, nightclubs and casinos without outdoor areas must remain closed until August. Pubs and bars that serve food and are currently operating can remain open, but they must follow strict health guidelines.

Face masks are required inside all businesses.

Tour buses and public transportation are operating again, but masks and social distancing are required.

As of right now, Ireland is set to enter Phase 4 of its reopening on August 10.

How to get to Ireland

There are a plethora of ways to get to Ireland, and it's usually cheap using both miles and/or cash. I did research on a potential trip in September of 2020 using the dates Sept. 4-12th.

On American Airlines, Basic Economy was going for $766 or $906 in the main cabin. Business class cost $3,342, and first class cost $5,942. The great thing about those flights is that they would be on British Airways metal, and it might be your last chance to fly on BA's 747-400. British Airways reported on July 16, they were retiring the Boeing double-deckers.

Read more: Second Cities: Destinations to add onto a trip to Dublin

Strangely if you try to use miles from New York, you end up on American Airlines metal via Dallas. It would cost you 60,000 American Airlines miles in economy plus $50 in taxes and fees or a whopping 265,000 miles plus $758 in taxes and fees for business class. And that is for a web special! If you wanted to avoid the restrictions that come along with web specials, it would set you back 357,500 miles.

Later in the year, I was able to find better routing via Philadelphia for just 45,000 miles in coach. It would run you 245,000 AA miles for the same flight in business class.

Ireland’s flagship carrier Aer Lingus is owned by the same parent company as British Airways and Iberia, but it’s not formally part of Oneworld. It also probably represents the best opportunities to use points or miles to fly between the U.S. and Ireland, including in its highly rated international business class. It flies (normally) from these U.S. cities:

It also flies from Shannon (SNN) to Boston and New York JFK though some of this routing isn't available in the wake of the coronavirus pandemic. You can check our guide to booking Aer Lingus awards using points and miles here.

Related: Top tips to visit Ireland on a budget

Aer Lingus’s AerClub mileage program was added as a Chase Ultimate Rewards transfer partner, so you can always transfer points from there.

United still partners with Aer Lingus, and you can use United MileagePlus miles to fly to Dublin from numerous U.S. gateways. I found flights in coach for as few as 66,000 United miles.

Delta usually flies nonstop to Dublin from its hub at New York-JFK, but because of COVID-19, those flights are on hold.

If you wanted to fly from Atlanta in September you'd need to stop in Paris (CDG) or Amsterdam (AMS) on the way there and it would cost you $1,272 for basic economy or $1,400 in main cabin. It would be 80,000 Delta SkyMiles. Same deal with flights from New York-JFK and Detroit (DTW).

In May, non-stop from JFK are bookable again and go for about $917 roundtrip. The same itinerary would run you 84,000 Delta SkyMiles.

There are also plenty of options to fly to Ireland using points and miles from more than 20 U.K. airports.

Where to stay in Ireland

Good news here too. There are a ton of points properties in Ireland.

One of my favorites is the Westin in Dublin. I stayed back in 2015 and really enjoyed the five-star service and the large, modern rooms.

Related: Going to Dublin for St Patrick's Day on points and miles

It's built in a renovated 19th-century building with a clock tower not far from the famous Dublin Spire. It's in a perfect location in the heart of the city and across from the famous Trinity College Library and its incredible Old Library which houses the Book of Kells. It's also a short walk to the River Liffey.

I found room rates starting at $291 per night or 60,000 Marriott Bonvoy points per night. But there are a ton of other Marriott properties available too starting at just $96/night (The Moxy Dublin City)

With IHG Rewards, you have a few choices. The Holiday Inn Express Dublin City Centre is available starting at $106 or just over 21,000 IHG points per night. The InterContinental starts at $291 a night or 55,000 points per night.

Another great option would be to take advantage of the fourth-night-free benefit on the Citi Prestige® Card. The information for the Citi Prestige card has been collected independently by The Points Guy. The card details on this page have not been reviewed or provided by the card issuer.

Of course Ireland is a lot more than just Dublin, but the city is a great jumping-off point for other Irish adventures once you are out of quarantine or when there are less limitations.

Ireland is a great country. I've been twice and really enjoyed the friendly people, good prices and easy ways to get there. Now, however, is not the time to visit. Hopefully, the United States will get the spread of coronavirus under control soon, and the quarantine order will be lifted. Until then, I'll be dreaming of the Emerald Isle, and contemplating a future trip.