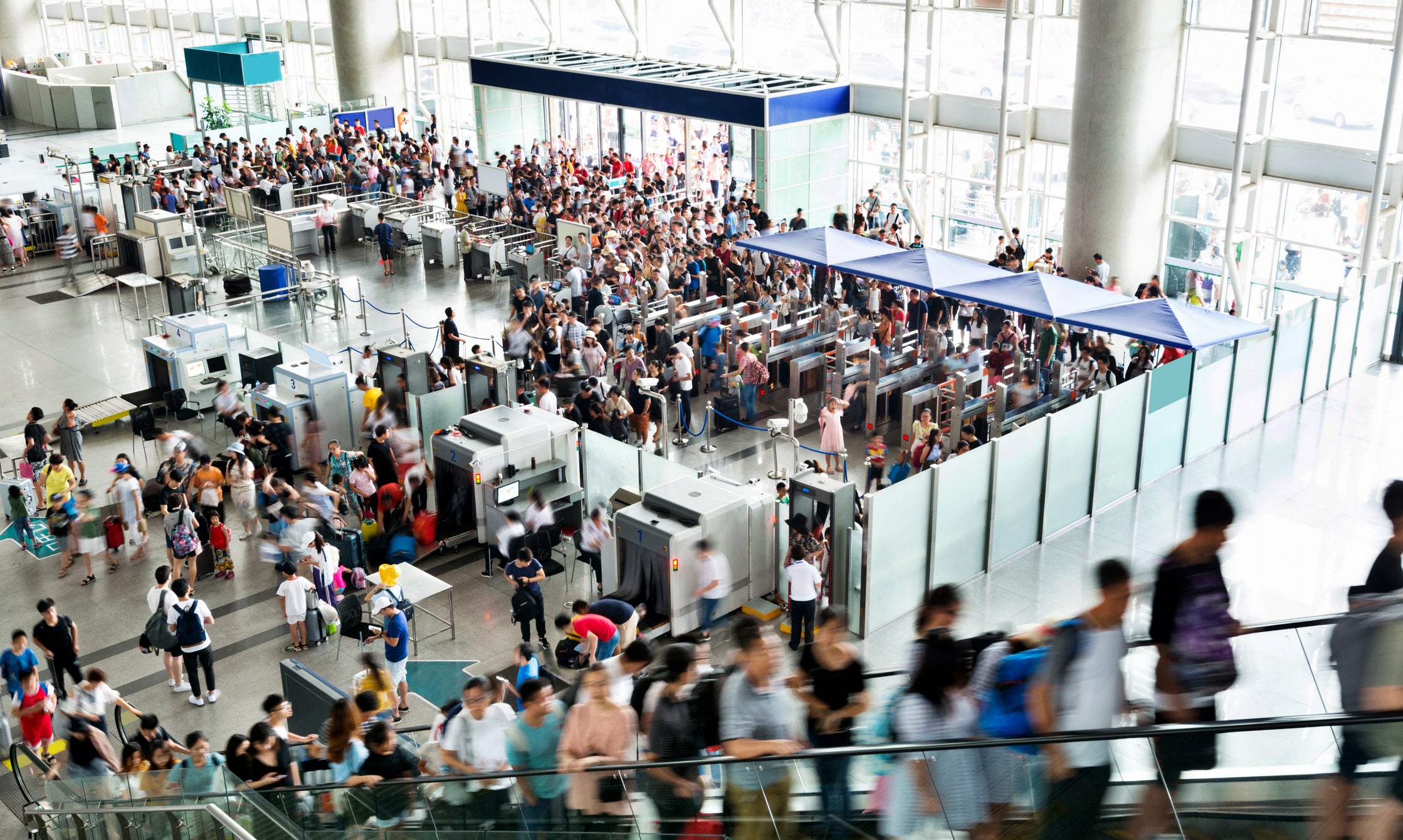 Here's What You Need to Know When You Fly With an Implant or Prosthetic Device
This post contains references to products from one or more of our advertisers. We may receive compensation when you click on links to those products. Terms apply to the offers listed on this page. For an explanation of our Advertising Policy, visit this page.

It can be hard enough to get around with a prosthetic device or certain implants, but the realities of present-day air travel can make flying a particular challenge.

In the case of Rhonda Mengert, a 51-year-old woman from Las Vegas, it ended up in the courts, with the grandmother accusing officials from Tulsa Airport (TUL) of subjecting her to a humiliating and invasive search that included her panty liner when they said her hip implant necessitated a pat-down. Now she's suing the Transportation Security Administration and two TSA officers.

“’I don’t understand what is happening — what is it you want me to do?'” she said to TSA officers, according to The New York Post.

It's not an unfamiliar feeling for those with prosthetics or implants, but there are steps you can take to keep the hassles surrounding your own devices to a minimum on your next flight.

Related: How to Fly With a Hearing Impairment

First off, your doctor may have issued you a card or a letter the explains what kind of device you have. The TSA even has a printout of such a card on its website that you can print out, fill in and keep handy for your trip.

"Advanced imaging technology can facilitate your screening and reduces the likelihood of a pat-down," the TSA webpage on traveling with disabilities says.

Even then, don't be surprised if TSA officers decide to do a closer check of your prosthetic or other medical device, if external, including an explosives swabs and handheld metal detectors. According to the TSA, you're allowed to stay seated and won't be asked to remove your prosthetic or reveal sensitive areas of your body. If you're in TSA PreCheck, as Mengert was, you'll be asked to conduct the search of your external prosthetic yourself, after which TSA officers will examine your hands for explosives residue and other suspicious materials.

And you can still be called in for a further pat-down by an officer if there's something unexpected that shows up on the full-body scanner or the external prosthetics search. You'll be given the pat-down if you refuse to go through the scanner and still want to board your plane.

If something unexpected shows up on the scanner, it's still possible you'll have to undergo a full body pat-down by an officer of your gender. The TSA isn't allowed to conduct strip searches, and you can ask that a companion be with you for every step of the screening, but he or she has to be screened first.

You can refuse to be screened at any time, but you naturally shouldn't expect to be allowed to waltz onto a plane if TSA officials feel they haven't done the necessary security searches.

So basically, you're going to have to be prepared for an extra wait in security no matter what if you have an implant or prosthetic. Because of that, you shouldn't wait till the last minute to get to the airport — the Amputees Coalition recommends getting there two hours before a domestic flight and three hours before an international flight.

And you can let TSA know you're coming. Up to 72 hours before your trip, you can call or email the administration's passenger-support wing, TSA Cares, with questions about how they'll handle your condition, or give them your itinerary and ask them to arrange for a specialist to meet you at the airport and help you through the process.

It isn't yet clear where the process may have gone wrong for Mengert, but for most travelers with implants and prosthetics, flying needn't be more than a minor bump on the road to your destination — if you're prepared.