This is how to redeem just 62,500 Amex, Capital One or Citi points for a first-class flight to Australia

Articles
Kyle Olsen is a points and miles reporter at TPG. Since the age of 16, he has been pursuing elite status, visiting 75 countries across six continents. His passion for travel began with his own business which he started at age 13. He is now an expert at maximizing points, miles, and elite status across all major programs.
Jan. 19, 2023
•
6 min read 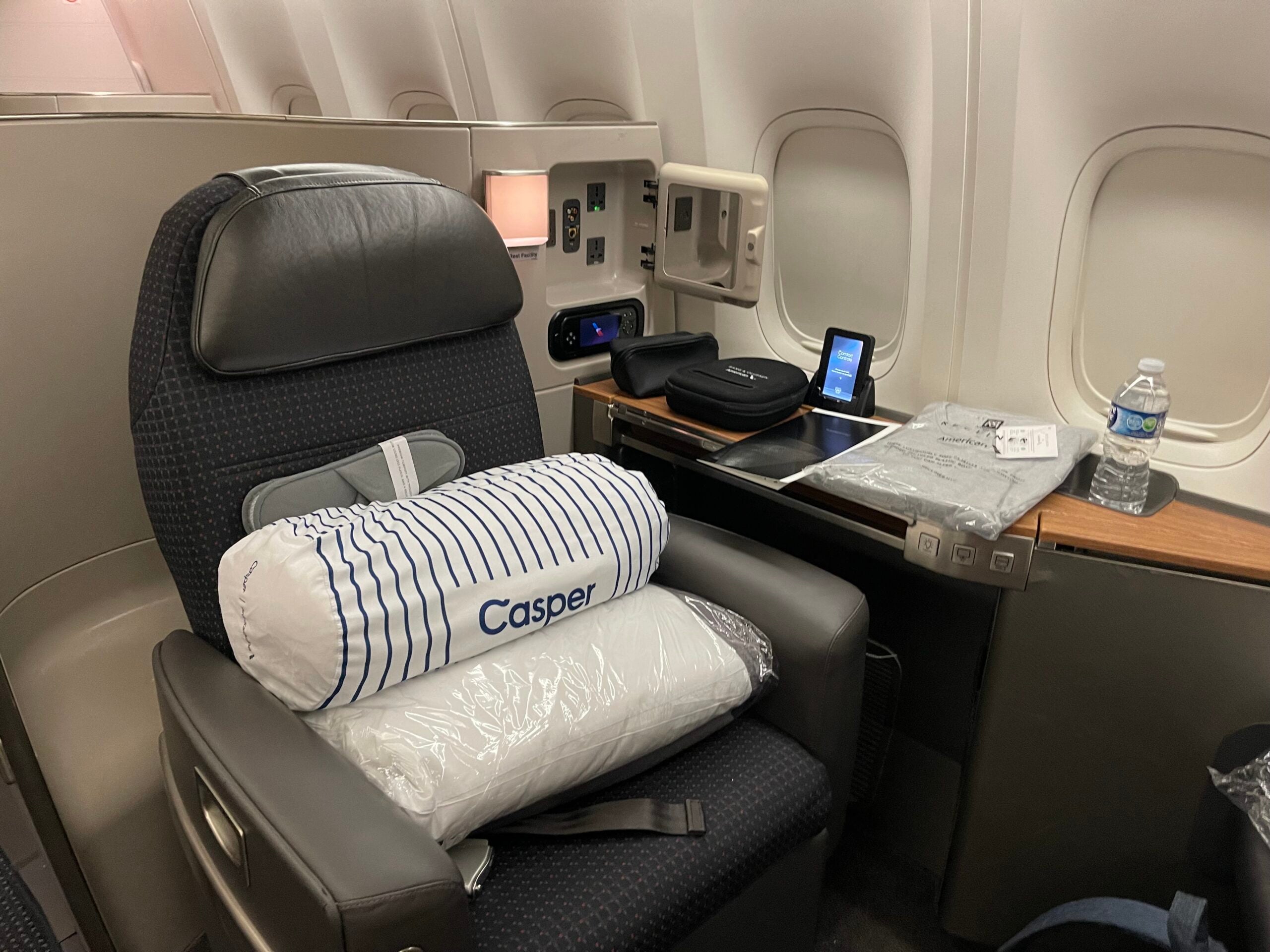 But then, I checked out Etihad Guest, transferred Capital One miles and booked a one-way flight from Los Angeles International Airport (LAX) to Sydney Airport (SYD) on Christmas for just 62,500 miles and $50 — in Flagship First.

Here's what you need to know about this sweet spot.

It's the same price for business or first class

Etihad Guest has a published award chart (PDF link) for award travel on American Airlines. Interestingly, the business- and first-class award rates are the same for international American Airlines flights.

So, since first class is the same price as business class, why not give it a shot?

You're looking for Z or U fare classes

I use ExpertFlyer (owned by TPG's parent company, Red Ventures) to look for award space and set alerts.

If Z or U award space isn't available, consider setting an ExpertFlyer alert. That way, you'll receive an email if award space becomes available. Also, American Airlines doesn't always fly its Boeing 777-300ER to Sydney. In the screenshot below, you'll only see the U fare class since the Boeing 787-9 Dreamliner operating this Sydney route in March doesn't have a first-class cabin.

This is the alert email from ExpertFlyer, indicating that Z-fare award space became available.

You have to call in

As soon as I received the email that award space had become available, I knew that timing was of the essence. After all, American Airlines only has eight seats in Flagship First, and there were only two Z-fare seats.

Related: Etihad Guest miles continue to fly under the radar

After the customer service representative confirmed we could book the ticket, I logged in to my Capital One account. I then transferred 125,000 Capital One miles (enough for two tickets) while on the phone with Etihad Guest. Since award space could disappear and credit card point transfers are one-way, this was a stressful moment of truth.

The phone representative remained calm, composed and patient. Within less than 60 seconds of initiating the transfer from Capital One to Etihad Guest, I received the following email:

I now had 125,000 Etihad Guest miles that the representative used to book the two Flagship First seats. I provided a credit card for each ticket's $50 in taxes and fees.

In our tests, transfers from American Express Membership Rewards, Capital One and Citi ThankYou are instantaneous.

Related: How (and why) you should earn transferable points in 2023

Book at least 24 hours out

I made my flight reservation roughly 27 hours before departure, and the Etihad Guest phone representative told me I was lucky to call in when I did.

Etihad Guest cannot issue American Airlines award tickets within 24 hours of departure. Some phone representatives may not be aware of this condition. Subsequently, you might transfer your miles to Etihad Guest after a phone representative has confirmed award availability to then be told you can't book the flight since it's within 24 hours of departure.

Just make sure to book your flight before the 24-hour cutoff.

Was it worth the trouble setting ExpertFlyer alerts, calling Etihad Guest and transferring credit card points to book this flight? Absolutely.

According to Google Flights, one-way first-class seats between LAX and SYD routinely sell between $10,500 and $13,500 per person one-way. Assuming the cash fare for my flight fell within the mean of this range, I redeemed my Capital One miles at roughly 17.3 cents apiece — that's close to 10 times TPG's valuation.

My mom and I enjoyed the private Flagship First check-in at LAX, a private escort to security and access to the Qantas first-class lounge. While the catering on board the flight left room for improvement, the attentive service and comfortable seats gave us a full night's sleep on the plane.

When my travel plans call for a Flagship First route again, I know how to book it.