Articles
Harriet Baskas is an award-winning journalist and the author of eight books. She writes, most often, about airports, air travel, unusual museums, and odd adventures for a variety of outlets, including her blog, StuckatTheAirport.com.
July 03, 2022
•
5 min read 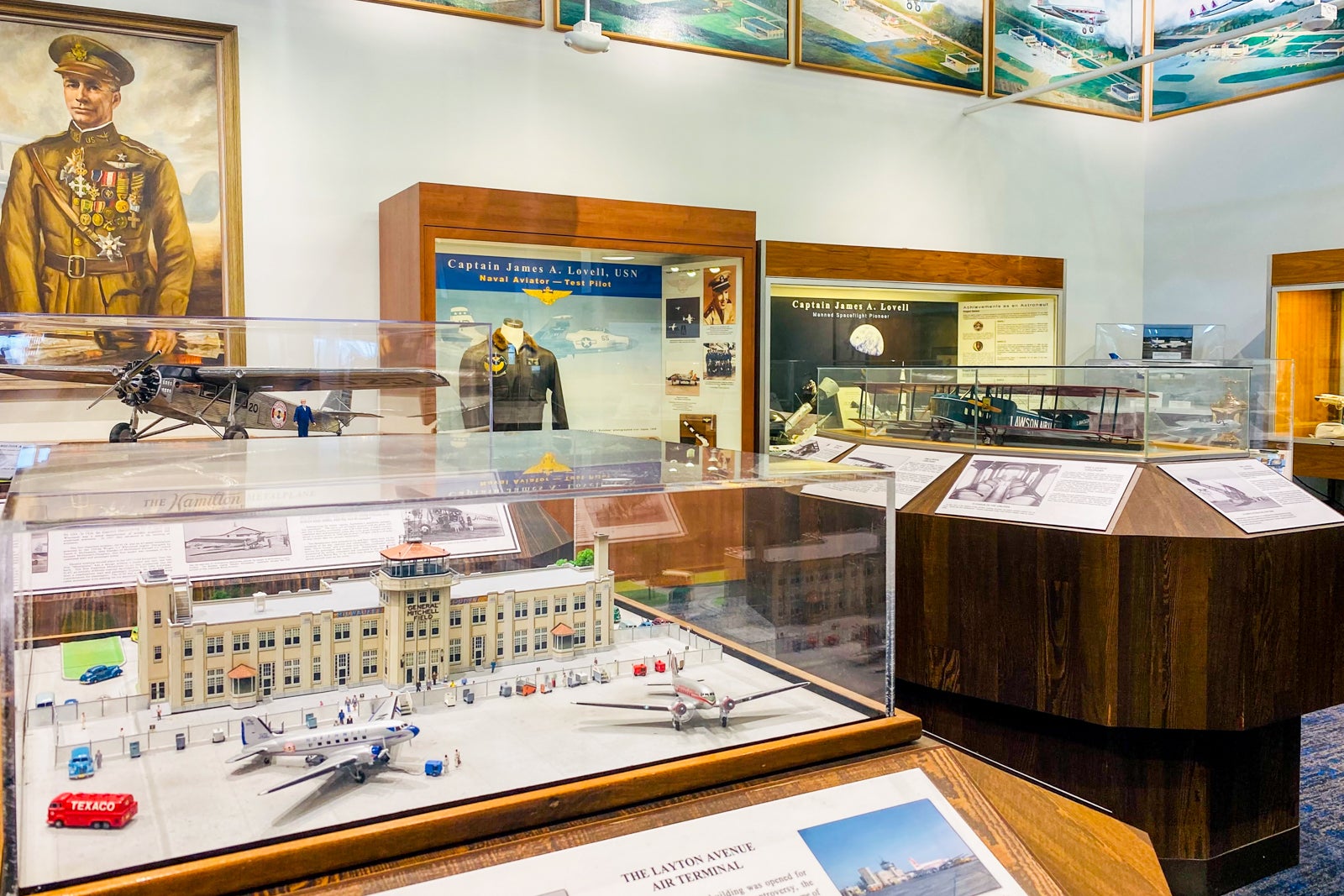 If your travel takes to you to Milwaukee, Wisconsin, to visit the Harley Davidson Museum, the Wisconsin State Fair, a Milwaukee Brewers baseball game or a Milwaukee Bucks basketball game, your gateway airport will be Milwaukee Mitchell International Airport (MKE).

This two-concourse airport is served by 10 airlines, and the folks here go the extra mile to please both local and visiting passengers.

Airport amenities include a USO center, a beer garden, a winter coat check service, souvenir cheese in charming shapes and, in a nod to the Harley Davidson factory and museum in town, free motorcycle parking (across the street from baggage claim and door 4).

Here are five other things that make Milwaukee's airport unique.

There used to be a few used bookstores at airports around the country. However, now Renaissance Books at MKE is the only bookstore selling both new and used books inside a U.S. airport.

Located pre-security in the main terminal (another reason you’ll want to head to the airport early), this is one of those stuffed-to-the-rafters, books-in-boxes, you-never-know-what-treasures-you'll-find bookstores. The shop is open daily from 9 a.m. to 3 p.m.

MKE’s Mitchell Gallery of Flight is in the same pre-security area as the USO and Renaissance Books, giving you another reason to get to the airport early.

The nonprofit museum is open year-round for 24 hours a day, and it highlights Wisconsin’s flying heritage with exhibits, displays, photos and artifacts. Admission is free.

Inside you’ll find lots of vintage aircraft models, displays on military aviation history and space exploration and exhibits on North Central Airlines, which was founded as Wisconsin Central Airlines in 1944. The "people" section includes memorabilia from the August 1927 visit of aviator Charles Lindbergh, artifacts relating to Captain James Lovell — who grew up in Milwaukee and became an astronaut in the Gemini and Apollo programs — and a portrait of airport namesake General William “Billy” Mitchell that was displayed in the original airport terminal in the 1940s.

Nowadays plenty of airports have a post-security area with a bench or a table for travelers to use when putting their belts and shoes back on or re-packing all the stuff they had to take out of their carry-on bags.

MKE has one too. However, back in December 2008 the airport smartly branded these spaces — which are found just past the security checkpoints on Concourse C and Concourse D — as “Recombobulation Areas.”

Now, the Recombobulation Area is more than just a nice airport amenity. It has been a question on "Jeopardy!" and was named "The Most Creative Word of the Year" by the American Dialect Society.

A living wall made from moss was established in the MKE main terminal in 2019. It’s made of fern, pillow and mood moss treated with a non-toxic preservation liquid. Plus, it has an MKE logo in the middle. The lush moss wall has become a popular spot for travelers to meet up at and a place for passengers to take photos and selfies.

It can be traumatic for a kid to lose or leave behind a beloved stuffed animal at the airport. MKE gets that. Since 2020, the airport has been using social media to effectively reunite stuffed animals turned in at the lost and found desk with their rightful owners.

One heartwarming reunion of a teddy bear and a young boy took place in February when Ezekiel Burnett’s mom spotted "Original Teddy" (a stuffed toy Ezekiel left behind at MKE) on her social media feed.

While some stuffed animals are waiting for their owners to claim them, the MKE marketing team takes them on tours of the airport. They film the tours and share them on social media, where more than 6 million people have tuned in to check on the toys’ adventures and status.

If a traveler spots the stuffed animals out in the terminal "on tour," MKE staff will give the traveler an “I met Violet” sticker honoring the stuffed purple monkey that has become the program’s mascot.

Featured image by (Photo by Harriet Baskas for The Points Guy)
Editorial disclaimer: Opinions expressed here are the author’s alone, not those of any bank, credit card issuer, airline or hotel chain, and have not been reviewed, approved or otherwise endorsed by any of these entities.