8 tips for your first trip to China

Articles
Ethan Steinberg has been a frequent flier for as long as he can remember. He went from studying abroad in Paris to moving to Shanghai after graduating college, where he covered all things travel in the Asia-Pacific region for TPG.
Nov. 01, 2019
•
11 min read 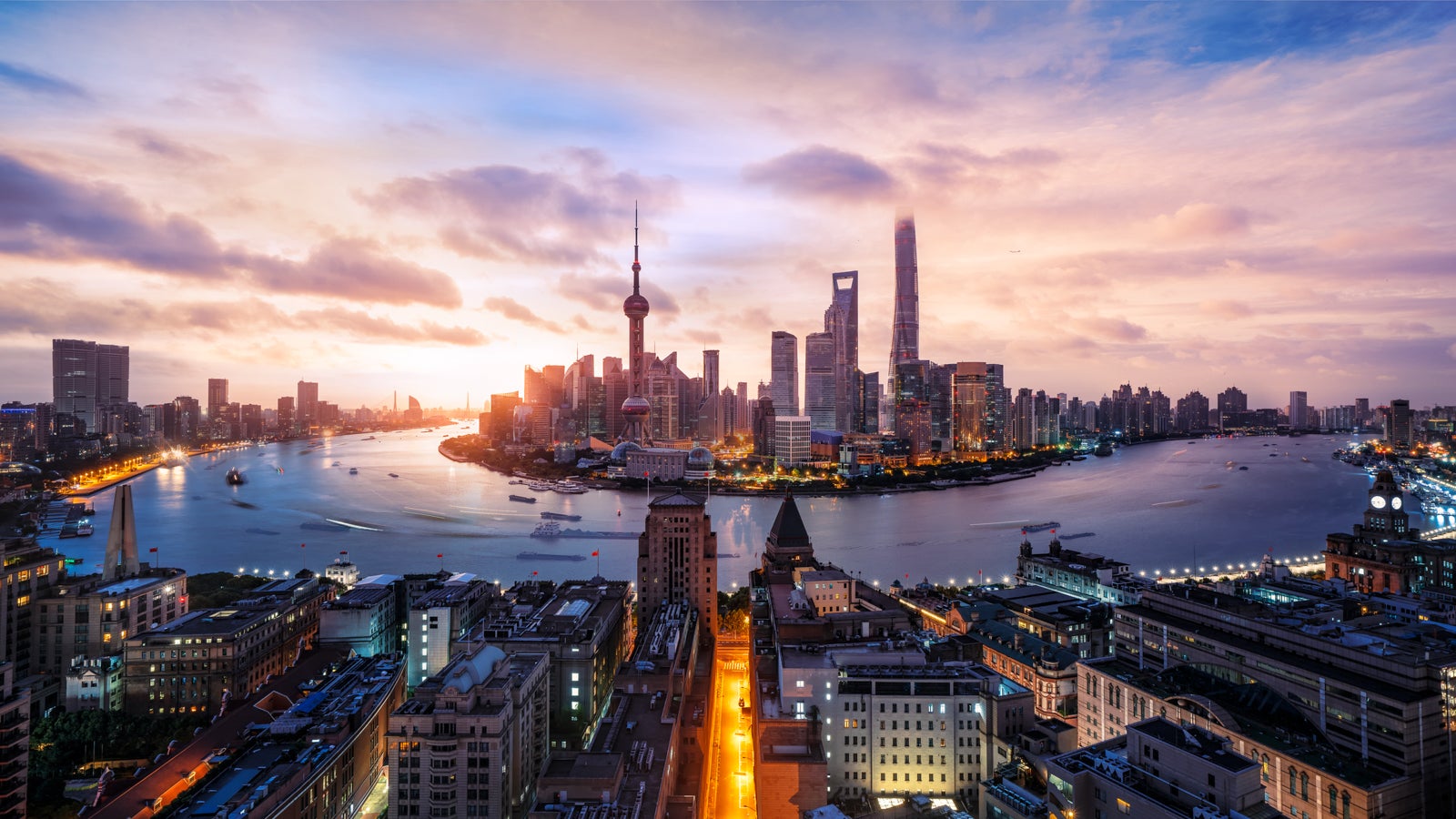 As the world's most populous country and second-largest economy, China can be a daunting place to visit. I've seen plenty of veteran New York City residents whose heads start to spin as they get caught up in the fast pace of Shanghai or Beijing. Yet by the same token, visiting China is one of the most rewarding things you can do. I've lived in Shanghai for a year and a half now, and I've loved learning about one of the world's oldest cultures and seeing the ways in which modern Chinese are changing their country and the world.

Really, Anthony Bourdain said it best when he brought his hit series "Parts Unknown" to Shanghai: "The one thing I know for sure about China is I will never know China," he said. "It's too big, too old, too diverse, too deep. There's simply not enough time. That's, for me, the joy of China — facing a learning curve that impossibly steep."

I try hard to channel this humility when I'm traveling around China, knowing I'll never be able to see or understand it all, but also knowing I have to try. Whether you're planning your first trip to China or are a repeat visitor, here are a few tips to help you get the most out of your time in the Middle Kingdom.

1. The early bird gets the worm

Official estimates put the population of China around 1.4 billion people, and growing every year. Between native Chinese traveling around their country and foreigners flocking here for work or vacation, the crowds can get overwhelming. This is especially true at major tourist attractions, such as the terra cotta warriors in Xi'an or the Chengdu panda research base.

While you can't control the size of the crowds on any given day, you can do your best to beat them. When my girlfriend and I were traveling around China this past summer, we made a point to show up to every attraction the minute it opened in the morning. We were able to enjoy an hour of relative peace and quiet in the panda base with no more than approximately 200 other guests, before all the school and tour groups began rolling in. By the time we left the park around 11 a.m., the place was a complete zoo (no pun intended), and a wildly different experience for anyone just arriving. I'm normally not a morning person, but we realized early on that our trip would be materially better if we woke up a bit earlier to try and beat the crowds.

You can get by traveling in China without speaking the language — more on that later — but there are a few words that I think are especially important to know beyond the simple phrases (please, thank you and where's the bathroom?).

Most Chinese cities have multiple train stations, named depending on whether they're in the north, south, east or west of the city.

These cardinal directions don't get translated to English along with the name of the city, so make sure to do your research ahead of time so you go to the correct train station. Here's a quick primer (and a mini history lesson that might help the names stick):

3. Learning one phrase can make your entire trip

My Chinese lessons have been progressing at an embarrassingly slow pace over the last few months, but before setting out on my big summer trip I learned one single phrase that resulted in some of the most authentic and memorable experiences: 你们有什么好吃的.

If, like me, you can't read those characters, the phrase translates as Nǐmen yǒu shé me hào chī de, or simply put: What's good here?

Asia as a whole is known for having some of the world's best and most affordable street food, and China is no exception. But you'll also find thousands of small restaurants (stalls would probably be a more apt description) with no English menu, where the locals go for the really good stuff. I've found that most translation apps don't work well with the overload of text you'll find on a menu, so simply walk in and ask the lǎobǎn (shopkeeper) or Fúwùyuán (waiter) what's good on the menu, and he or she will be happy to take care of you.

This is a surefire way to eat like a local, and make sure you get to sample the best and most unique dishes of whatever city, province or village you find yourself in. If all else fails, I've also had a ton of success pointing at dishes I see other customers eating. I promise you one thing: You won't leave China hungry.

Related: The apps you need on your family vacation to China

4. Cash is for tourists

China is one of the most technologically-advanced countries in the world, but tourists can't take advantage of some of the biggest time-saving inventions. Chinese use mobile payment systems like WeChat Pay and AliPay for almost everything, from rent to groceries. The process is simple: Scan your merchant's QR code, type in the amount to pay them, and then use FaceID, TouchID or a passcode to complete the transaction. For more trusted merchants like chain stores, you can also show them a code on your phone which they scan to debit your payment account.

The entire process is finished faster than it usually takes me to find my wallet, and has made cash nearly obsolete in many parts of China.

In 2018, Chinese mobile payment systems processed over $41 trillion worth of transactions, more than Visa and Mastercard combined. The shift to mobile payments has even affected cultural traditions, like the giving of the red envelope (filled with cash) on Chinese holidays to family members and friends. During the Chinese New Year in 2018, more than 768 million people sent red packets through WeChat instead of delivering physical envelopes.

I experienced the most extreme example of the mobile-first economy during my first week in China, when I was traveling to Lanzhou in Gansu province with a friend. We took a road trip out from the city, and stopped by a small fruit stand on the side of the highway. The man running the stand, miles away from the nearest town, refused to accept cash payments. Instead, he'd taped a QR code onto one of the watermelons he was selling, allowing us to scan it with our phones to pay.

But unfortunately, most tourists won't be able to set up WeChat Pay or AliPay without jumping through some serious hoops. Many establishments don't accept credit cards, so if you're traveling to China you have to be prepared to pay for everything in cash. Don't be surprised if you get some confused looks or even disappointment when you try and pay with paper money.

Most people traveling to China for the first time (especially if they're coming for work) will plan an itinerary centered around the big cities including Beijing, Shanghai, Chengdu and Xi'an. I'm by no means advocating you skip these stops, but you should spend just as much time in nature as you do in the cities.

Go out west, for example, and visit the rainbow mountains (and make sure to get there for sunrise when the deepest colors are prominent).

Or climb Mount Huashan, and explore the ancient temples dotting the precarious peaks of one of China's most historically-significant mountains.

You can even visit Zhangjiajie National Forest Park and see the near-vertical peaks that inspired the mountains in the James Cameron blockbuster "Avatar." China is so much more than just its cities, and you owe it to yourself to see as much of the nation's natural beauty as possible.

By now, most people know that certain western websites including Facebook and Google are blocked in China, meaning you won't be able to access them without using a Virtual Private Network (VPN). However, many people leave this until the very bottom of their pretrip to-do list, and forget to set up a VPN until they've already arrived in China.

The Chinese government blocks the websites of all known VPN providers inside mainland China, which means if you don't set one up before you leave for your trip, you likely won't be able to answer emails or check in on social media until you return home. This forced detox might be a good thing, but if you need to maintain connectivity for work reasons, make this a priority.

I mentioned avoiding crowds whenever possible, but if you end up planning your trip to China during a Chinese holiday, prepare to wait in long lines and fight through crowds wherever you go. There's a Chinese saying: rén shān rén hǎi, or "people mountain people sea."

If you travel to China during one of the major holidays, including Golden Week/National Week in the fall, Chinese New Year in late winter and a few other shorter holidays spread throughout the year, you'll find yourself caught in the mountain and sea of people. Every mode of transportation — planes, trains and highways — will be packed to capacity, and most tourist attractions will be incredibly crowded as well.

In fact, I make a habit of traveling as far away from China as possible during these holidays, using last Chinese New Year as a great excuse to head to the Maldives and Dubai.

8. A good translation app can save the day

This last one should go without saying, but download a good translation app (I recommend Baidu translate, which works very well in China) and familiarize yourself with how it functions before your departure.

You'll find varying degrees of English spoken in major cities like Shanghai and Beijing, but the farther out you go, the harder it will be to get by with English. Even words like "no" and "toilet," which are pretty universal, aren't well understood in China.

The people I've met on the road have been incredibly friendly and curious about where I'm from and why I'm in China. On many long train rides, I've enjoyed the ability to strike up a conversation with my seatmate through a translation app, even if we don't speak a word in common.

There's no denying that China looks intimating to many travelers from the outside, but the more time I spend here the more approachable it becomes. Sure, I'll never fully understand China, but that's not going to stop me from trying. And even simple steps, like leveraging every piece of technology I can and learning a few key phrases, has helped me make the most of my travels here.