10 famous London film locations and where to find them

Articles
Ben Smithson is a senior writer for TPG UK. Originally from Australia, he is the primary points and miles writer for the U.K. site.
Follow
May 30, 2020
•
9 min read 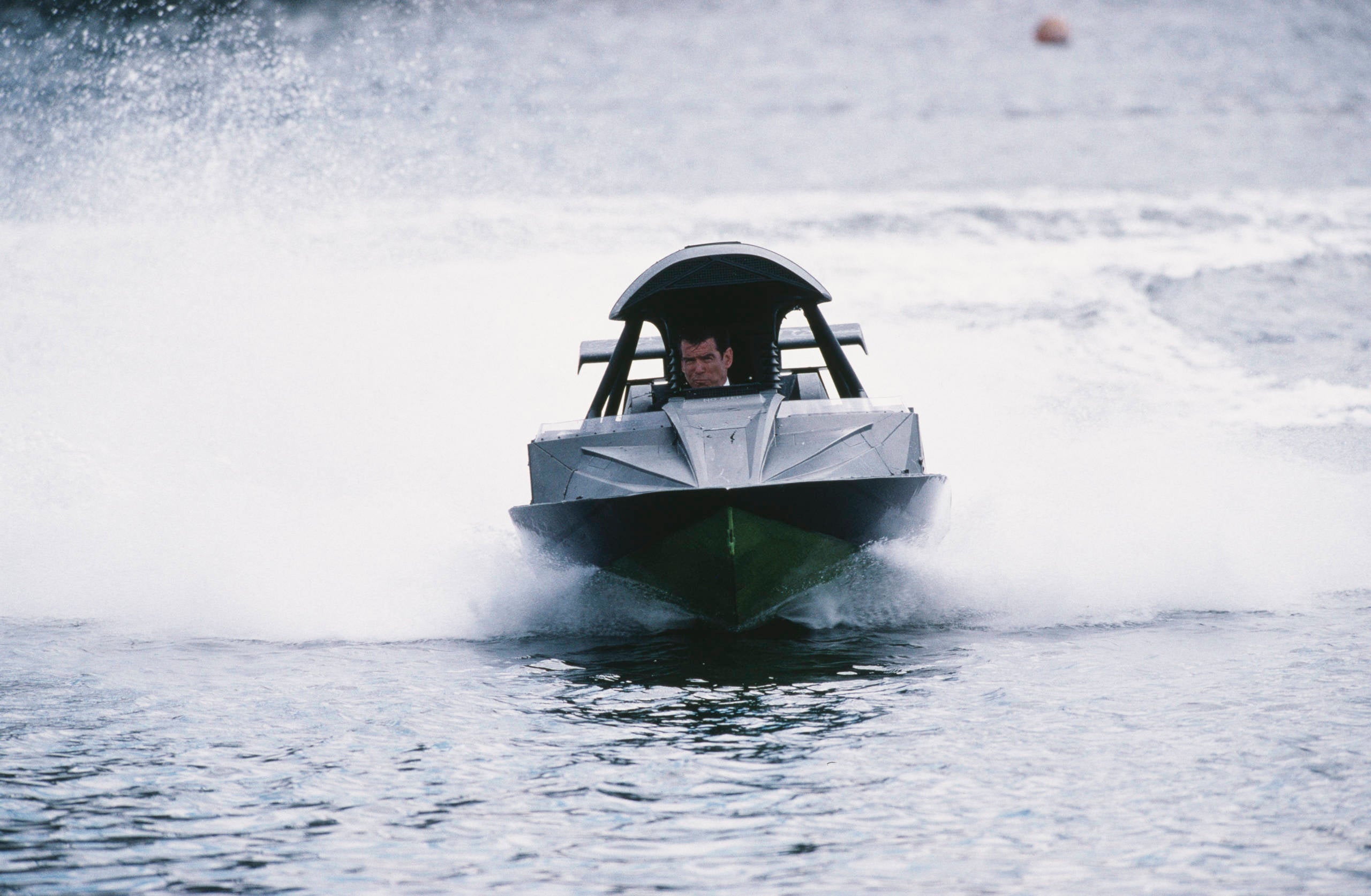 While you might think places like New York City and Hollywood are the world's most-popular filming locations, London is equally iconic -- from obvious titles like the James Bond franchise through to films you would not associate with the capital, like Pirates of the Caribbean.

Whether you're a local or a first-time visitor to the city, you can find some very recognizable locations if you know where to look. You could book a guided tour, though given how close in proximity some of the best-known locations are, you can simply walk from one to another.

If you can't jet-set right now, here is how to "set-jet" into some famous films shot around London.

Related: Stuck at home? Stream these 12 movies to cope with travel wanderlust

"Notting Hill" was a smash hit in 1999 when it was released and affirmed Hugh Grant's status as a bumbling British icon. Also starring Julia Roberts, it won a BAFTA award and grossed hundreds of millions of dollars. It also put the London area of the same name on the global tourism map. The Notting Hill area is a lovely part of west London, especially Portobello Road with its antique markets and brightly colored houses and shopfronts. Keep your eyes peeled for the famous blue door from where Hugh Grant lived in the film, which you'll find at 128 Westbourne Park Road. It attracts tourists from around the world making it one of the most famous doors ever.

This road was also featured in the recent "Paddington" movie.

Related: Where to eat in London with kids

Ian Fleming's famous secret agent, codenamed "007," has now starred in 24 official films with six different actors slipping on the famous tuxedo and ordering a martini (shaken, not stirred, of course) over the past 60 years. But before Bond can save the world on another mission, he needs to check in with his superiors at MI6 -- the British Secret Intelligence Service -- to receive his mission.

The instantly recognizable MI6 building used in the franchise is, of course, fully operational. But as it's the hub of highly secretive intelligence operations, it doesn't throw its doors open to tourists and film buffs. But with the building's huge size and central location in Vauxhall Cross, south east London, you can find many great external vantage points.

Looking for the Hogwart's Express train? You'll need to find Platform 9 ¾ to board. This famous platform is featured in several of the Harry Potter franchise films and was set at King's Cross in central London, one of the biggest, busiest and most well-connected underground stations in London. If you look between Platforms 4 and 5, you'll actually find a luggage trolley topped with a suitcase and an owl's cage embedded into the platform wall as a tribute to the popular film series. There's also a Harry Potter shop next to it. Often, there are huge lines to have your picture taken, so we recommend getting there very early in the morning -- with your spells in order!

This stunning spectacle of engineering should be on any first-time visitor's must-see list in London, whether you're a film fan or not. You can walk directly over it to cross the River Thames and get a fantastic view of the Tower of London, the Shard, Monument, the Cheese Grater (The Leadenhall Building) and many more. For a fee, you can even stroll across the top on a glass-floored walkway 140 feet up.

And if you've seen "Spiderman: Far From Home," you can expect a much clearer view than the bridge appeared in the film, engulfed in flames.

Elton John and long-term collaborator Bernie Taupin's first meeting scene in the biopic "Rocketman" was filmed at the Regency Cafe at 17 Regency Street, central London. The setting represents the Lancaster Grill on Tottenham Court Road where the meeting actually took place but no longer exists.

You can grab a traditional British meal at this inexpensive no-frills cafe, dating back to 1946. It was also used to film scenes in Matthew Vaughn's "Layer Cake."

Related: How to spend a Sunday in London

Not only is Borough Market in south east London a place to find wonderful fresh food and delicious drinks, but you can also spot Bridget's flat from the original 2001 film directly across the road from the market, above the Globe Tavern -- a working corner pub in Bedale Street. The market is where Bridget shops for her birthday meal and walks home late one night in her bunny costume.

Other memorable scenes were filmed there, too, including the street fight between Hugh Grant’s Daniel Cleaver and Colin Firth’s Mark Darcy. At the time, Bridget's flat would have been worth about $235,000, according to reports, and now it's worth a whopping $864,000. She should have bought it!

It's hard to imagine one of the busiest bridges in London being completely deserted -- until the opening scene of 2002 post-apocalyptic nightmare "28 Days Later." Usually, the bridge is full of both pedestrians and vehicles, so it was quite a feat to film this completely empty.

That being said, with coronavirus restrictions right now, the bridge will be far quieter than it usually is. Like Tower Bridge, you'll also be rewarded with excellent views of central London as you cross the Thames, including the Houses of Parliament and Big Ben. Fun fact: It's colored green to represent the House of Commons.

This building is a movie star in itself, having been featured in numerous high-profile films. According to Empire magazine, this building is the most-popular filming location in the world. The College is located in Greenwich village in south east London, a great place to escape the hustle and bustle of the city without actually leaving London. As well as some familiar sights in and around the building, you'll also be rewarded with some great views of the city center from a distance.

Thought "Les Miserables" was filmed in France? It was mostly shot right here in the U.K.

Related: The set-jetter’s guide to Paris: City of Love’s most iconic movie spots

9. The Princess Victoria Pub -- "The Gentlemen"

This almost 200-year-old pub located in Hammersmith, west London, is not only a great place to pop in for a pint, but it's also the setting of the opening scene of Guy Ritchie's 2019 action-comedy "The Gentlemen." In the dining room, you can even sit in the exact same seat that Matthew McConaughey did. The pub, which was a former gin palace, even has a special sandwich called The Gentlemen on the menu to celebrate its cameo in the film -- bourbon-infused brisket, streaky bacon, slaw, pickle and mustard.

You don't need to wait until Christmastime to revisit this British classic. On the vibrant South Bank promenade, you can sit in the exact same seat where Daniel has his heart-to-heart chat with his loved-up son. If the view of St Paul's Cathedral in the far distance doesn't seem quite like the film, don't worry -- a bit of "movie magic" was used to make the cathedral appear much closer than it actually is.

Related: London from above: Cheap and free alternatives to the London Eye

There have been so many different films shot in London that it's impossible to list them all in one place. The great thing about so many of these centralized locations from Tower Bridge to the South Bank to MI6 is that you can easily walk from one to the next, taking in other famous sights of the capital as you do it. You might even spot some lesser-known film locations as you do so!