Articles
Alberto Riva Alberto runs our flight reviews and oversees special projects across several verticals. Previously, he was the managing editor of Vice News and worked at Bloomberg and CNN, where he was constantly trying to convince people to do more stories about airplanes. He speaks Italian, French and Spanish and one day he’ll be better at German.
Follow
Jan. 03, 2020
•
3 min read 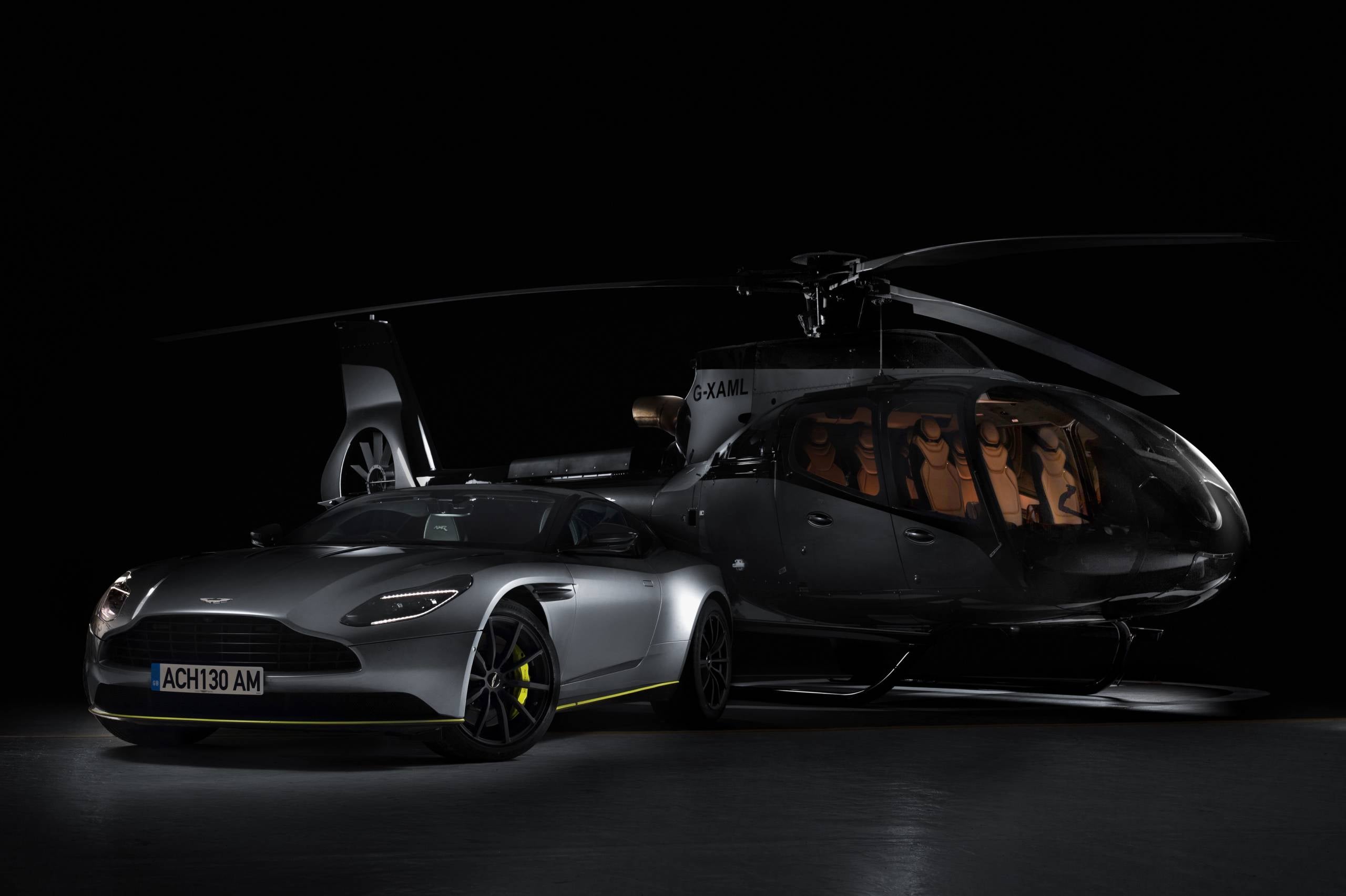 James Bond fans can now buy an Aston Martin-themed helicopter
This post contains references to products from one or more of our advertisers. We may receive compensation when you click on links to those products. Terms apply to the offers listed on this page. For an explanation of our Advertising Policy, visit this page.

Airbus Helicopters and famed British carmaker Aston Martin are joining forces to launch special-edition VIP helicopters, and they've just announced the first one: the ACH130 Aston Martin Edition. It's a limited-edition version of a VIP helicopter aimed squarely at a small but lucrative market, with projected sales of just five per year.

Airbus did not disclose the price of the new machine, but there are used H130s, without VIP interiors, currently for sale at prices around $3.3 million, so you can expect that a special-edition new one will cost significantly more. Even double that price would actually on the cheaper end for a VIP helicopter; the ACH130 is a single-engined "light helicopter," while many VIP birds are twin-engined and fall into the "medium helicopter" category.

The head of Airbus Corporate Helicopters, Frédéric Lemos, said in a statement that the new chopper "is optimally positioned in the market for hands-on owners who draw satisfaction from personally piloting their aircraft, and it generates strong brand-loyalty" — so Aston Martin can expect people who buy the helicopter to also want a matching car. A DB11 coupe, for example, will set them back another $200,000, but well-heeled owners might want a few options, pushing the price closer to a quarter million.

Personally piloting the Aston Martin-themed ACH130 would after all be very much in keeping with the likely aspirations of someone who buys into the Aston Martin aesthetic; the cars are famed for their association with James Bond, and of course 007 does his own helicopter piloting.

The H130 is a versatile machine, the latest evolution of the French-made Aerospatiale AS350 helicopter familiar to sightseers over New York City, which also holds the world record for highest-altitude landing in a helicopter. It can be configured for one or two pilots and up to seven passengers, flies at up to 128 knots or almost 150 mph, and can stay in the air for 390 miles or up to 4 hours, although most trips will be far shorter. (Aston Martin cars are faster: a DB11 can surpass 200 mph, and most helicopters wouldn't have a prayer of catching up.)

The Aston Martin special edition comes in four different color schemes, all of them featuring the Aston Martin wings embossed onto the leather feature throughout the cabin, according to an Airbus statement.

Buyers can have their name engraved on a plaque on the instrument panel, Airbus said. The ACH130 Aston Martin Edition is available for deliveries from the first quarter of 2020, according to its maker, which said it projects to sell about five a year – around one-quarter of all ACH130s made, according to FlightGlobal.