Articles
Samantha Rosen was one of the first 20 employees at TPG. She started as the site's first full-time social media editor and also served as its lifestyle editor.
Follow
Feb. 29, 2020
•
5 min read 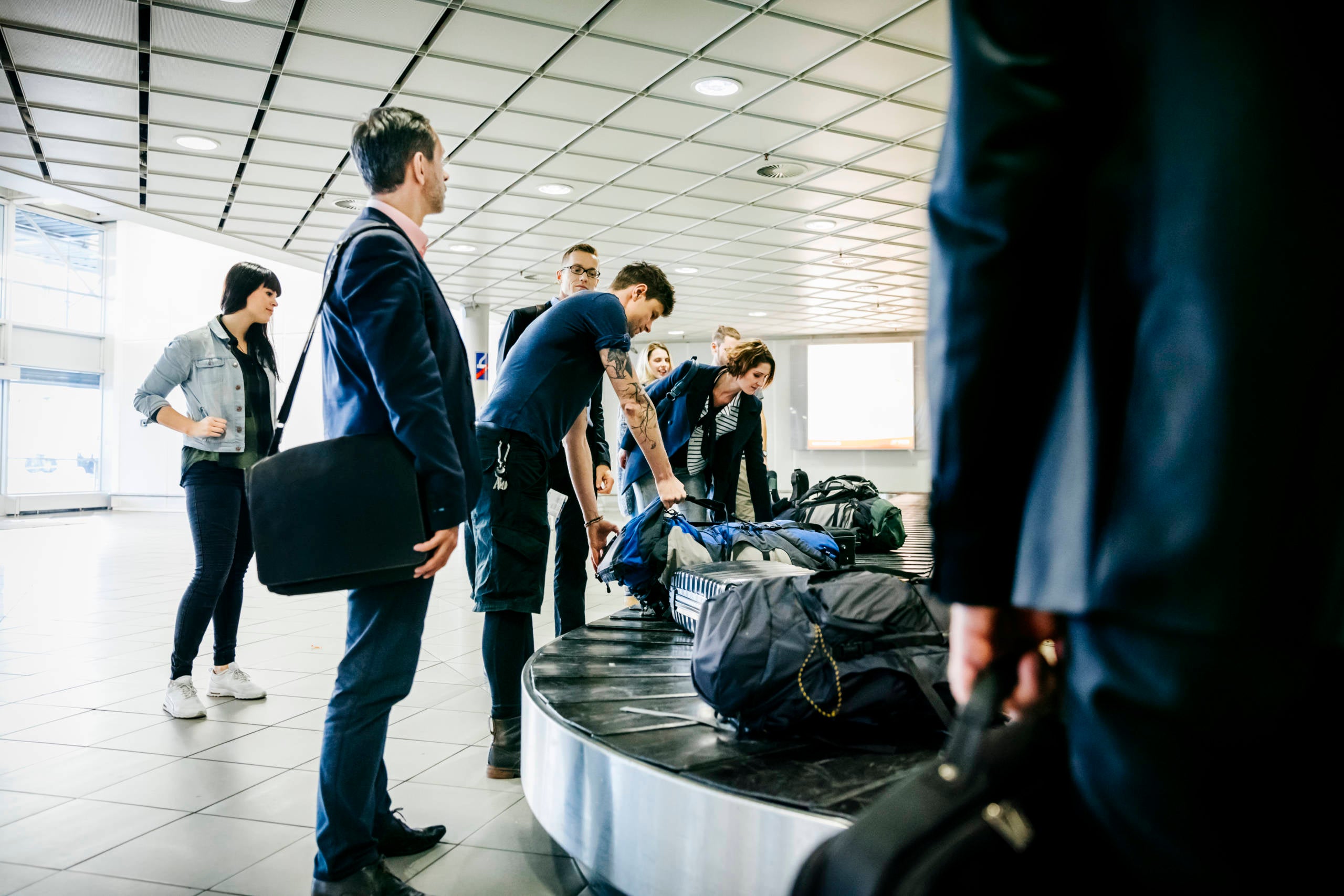 Depending on who you ask, waiting for your suitcase at baggage claim may be one of the most stressful parts of air travel.

You're excited to start your trip — or get home, stat! — and waiting around for your luggage to (hopefully) tumble down the conveyer belt is the last thing you want to do. Sometimes, though, it's a necessity, especially when you're traveling for an extended period of time.

Waiting at baggage claim isn't exactly a relaxing experience, and while we're all eager to collect our belongings and get the show on the road, it's important to keep a few etiquette tips in mind. By doing so, you can guarantee you and your fellow travelers will have a seamless and efficient experience at baggage claim.

Approach with a strategy

First thing's first: Wait until you see your bag. Please don't be that person hovering right in front of the bag drop, peering behind the screen. When you see your bag, make a move. In the meantime, though, patience is key.

“The whole process of picking up the bag is ridiculous as far as the hovering. That’s a big thing," said Shawn Kathleen, creator of Passenger Shaming.

Everyone at baggage claim wants to get their luggage as quickly as possible, so be mindful of those around you. If anything, crowding around bag drop is just going to slow down the process and be counterproductive.

If you're traveling with a large group, it's a good idea to have one or two people stand near the carousel while the rest of the group waits farther back. There's no reason everyone and their cousin has to be crowding around the conveyer belt in a cluster, especially if they're not the ones actually grabbing their bags from the carousel.

"It’s really simple to step away a couple of feet and form a line around that area, and make it easy for people to spot their bag," Kathleen said.

Etiquette expert Diane Gottsman, of The Protocol School of Texas, told TPG that travelers need to "stand back."

"Don’t crowd the carousel so other people can’t reach forward for their bag."

As much as we'd all like to live out our 5-year-old dreams of taking a ride around the carousel, it's not a toy. Parents should be mindful to keep their kids away from the conveyer belt, as they "often don't know the difference between the theme park ride and a moving belt" Gottsman said.

Some airlines, such as Delta, are testing SkyPriority baggage claim zones for elite flyers. While the jury is still out on how effective they are, it's at least a step in the right direction toward organizing and streamlining the process.

It's no secret that a lot of bags at the airport look more or less the same. Most travelers opt for a sleek, black suitcase and many are somewhat unidentifiable in a large mass.

Related: What your luggage brand says about you

"Check the tags before walking away," said Gottsman. "All black bags look the same."

It's better that you confirm the bag you grabbed is yours before you even leave the baggage claim area, rather than later. You don't want to find out at your hotel you grabbed the wrong suitcase.

On that note, be mindful with bags. If you accidentally grabbed the wrong one, "don’t recklessly toss it back up on the carousel," said Gottsman. She added that, while it probably won't hurt, it appears negligent. After all, you're the one who grabbed the wrong suitcase off the conveyer belt.

She also suggests you put an identifier on your bag — something that makes it stand out, such as a colorful or exclusive bag tag.

Kathleen agrees, saying, "Yours isn’t the only bag coming off the plane. I’m not saying you need to buy a hot pink bag. People use a luggage strap.”

If you're waiting for additional pieces of luggage, be sure to move each bag you collect back and away from the carousel so you don't block space for everyone else. The goal here is to decongest the area as much as possible so everyone can be on their way.

Help those in need

It should go without saying that many suitcases can be fairly heavy, and many travelers might need assistance grabbing theirs off the carousel. Gottsman suggests that, if you see another traveler struggling and you're able, the polite thing to do is to reach forward and assist them.

Being overly aggressive with your bags and blocking space for fellow passengers isn't going to speed up the baggage claim process. Be mindful of your surroundings, don't hover and you'll be out of here before you can say, "Is that my bag?"