Ditching Marriott? 5 Reasons to Pick Hotels.com and the Venture Card

Articles
Nick Ewen is a director of content at TPG and was one of the site's first contributors in 2012. He’s visited 52 countries (and counting) and has taken his 7-year-old daughter to 24 of them.
Follow
April 27, 2018
•
9 min read 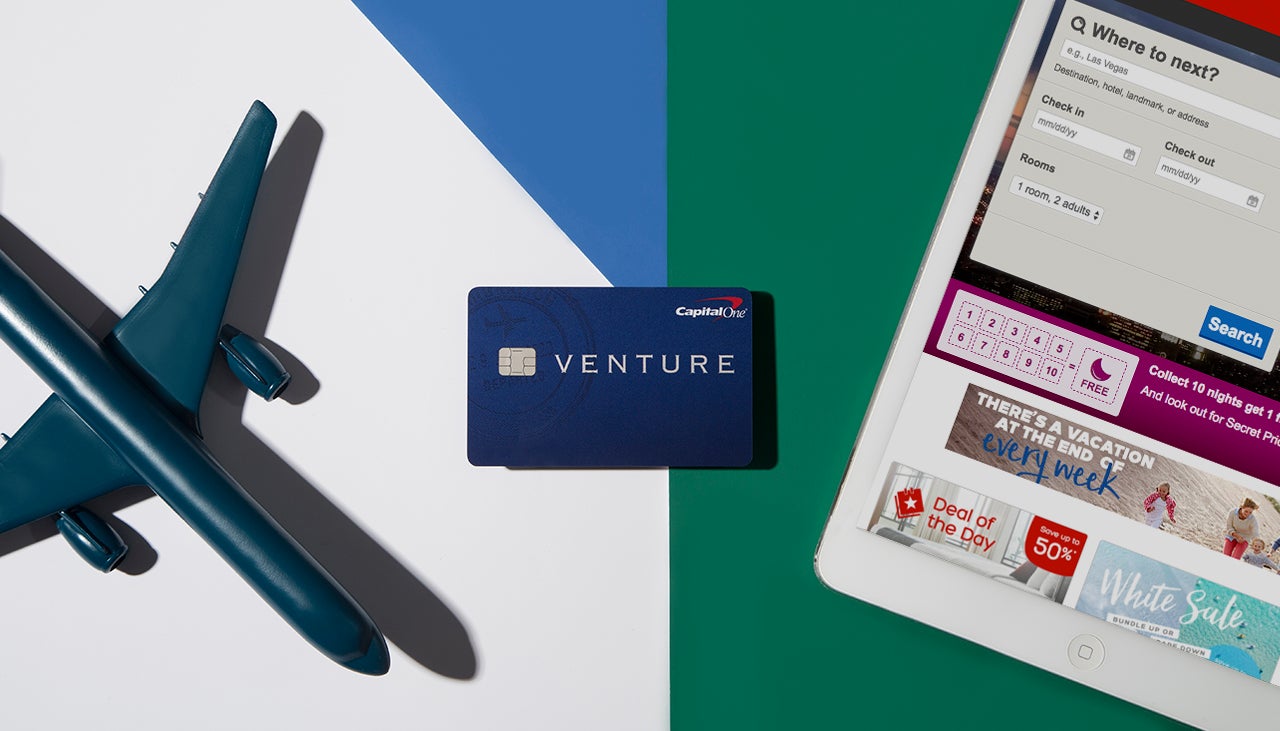 The big travel news of 2018 thus far has been the newly combined Marriott and SPG loyalty program (name TBD). First announced on April 16 and set to take effect in August 2018, the program has received generally positive reviews. However, anytime you integrate two vastly different programs with rabidly loyal members, there are bound to be both winners and losers.

For example, my fellow Editor-at-Large Zach Honig feels like the new program is a boon and has pledged his undying loyalty to it (that may be a stretch, but stay with me). However, TPG Senior Points & Miles Contributor Richard Kerr isn't as head-over-heels as Zach and will be sticking with World of Hyatt for now. I know others are considering Hilton Honors as an alternative, especially as it relates to earning rates and the continued ability to earn elite status based on number of stays, a notable loss for SPG loyalists.

However, there's another possible substitute out there, and it takes things in a completely different direction: Hotels.com and the Capital One Venture Rewards Credit Card thanks to the new partnership that allows cardholders to earn 10x miles on these purchases (when booked and paid via Hotels.com Venture until Jan. 31, 2020). Today I'd like to take you through 5 reasons why this completely alternative solution could free you from the unnecessary bonds of loyalty program integration.

(Note: The analysis that follows also holds true for the Capital One VentureOne Rewards Credit Card, though I'm going to stick with the Venture Rewards Card since it's more comparable to the mid-level hotel co-branded credit cards out there. For a more information, check out my comparison of the two cards.)

1. You can book at virtually any hotel.

Flexibility can be your best friend when traveling. Unfortunately, the major hotel loyalty programs are (by definition) rather inflexible when it comes to hotel stays. A large part of this is simply because no chain will ever be able to offer a property in every single location where you might want to stay. Sure, some of the larger ones can boast of several thousand hotels and resorts in hundreds of countries around the world, but that doesn't do you any good if your destination is one without a property from your preferred program.

Enter Hotels.com. You have literally hundreds of thousands of properties from which to choose, from the most bare bones to the most luxurious, the most romantic to the most family-friendly, the most secluded to the most centrally located. No more sacrificing amenities or convenience simply because you're restricted to a brand under your favorite hotel program's umbrella. You essentially become a free agent, able to select a hotel for what it offers and where it is rather than to which program it belongs.

2. You'll (likely) get a superior rate of return.

Another key reason why this option might be a great alternative for you involves the overall rate of return you'd receive in comparison to other programs. With the new partnership between Hotels.com and the Venture Rewards Card, you're earning a effective return of 20% on every dollar you spend: 10 miles per dollar spent on the card (each mile is worth 1 cent toward future travel) plus 10% of the cost of your stay toward a future free night through the Hotels.com Rewards program. This is quite compelling, and it will likely surpass the rate you'd get from other programs.

Here's what you'd take home from the other major programs, including the assumption that you'd have a mid-level, co-branded credit card for that brand (all calculations based on TPG's most recent valuations):

Hilton Honors:
Assumption is that you hold the Hilton Honors™ Surpass® Card from American Express, thus giving you Gold status.

Marriott/SPG:
Assumption is that you hold one of the combined program's cards from Chase or American Express, thus giving you Silver Elite status.

World of Hyatt:
Assumption is that you hold the Hyatt Credit Card, thus giving you Discoverist status.

As you can see, none of these programs can match the 20% return you'd get by booking at Hotels.com using your Capital One Venture Rewards Credit Card.

Simplicity is often lacking in the world of points and miles, but with the Hotels.com and Venture Card partnership, it's hard to think of anything that could make it even simpler. There's no doubt that redeeming points for exorbitantly priced rooms directly with a program like Hilton or Hyatt can be a great use of your points, but what about those redemptions that aren't as obvious? For every $1,000 room that can be booked with 20,000 points, there's a $100 room that requires 50,000 points.

With Hotels.com and the Venture Card, you never need to worry about this. Your rate of return is 20%. Period. There's no way to maximize how you redeem your Capital One miles, but there's also no way to use them in a "poor-value" redemption. This consistent rate of return can be a very appealing feature, especially to someone just getting started with points and miles.

4. You're not (entirely) locked into redeeming for hotels.

Another great characteristic of Hotels.com and the Capital One Venture Rewards Credit Card is that you aren't fully committed to hotels when it comes time to redeem. Sure, the Hotels.com Rewards program "forces" you to redeem the 10% return for future stays, but that isn't the case when you go to redeem your Venture miles. Your miles are worth 1 cent apiece when you use them to erase a previous travel purchase, including not just hotels but flights, Airbnb or even Uber or Lyft transactions. Even better? Flights paid for with your Venture Rewards card will still earn miles and count toward elite status qualification.

5. You may still get points and/or elite status perks.

Speaking of which, a final reason why Hotels.com and the Venture Rewards Card could make a good alternative comes when booking at a hotel that does belong to a loyalty program. Generally speaking, hotel rooms booked through Online Travel Agencies (OTAs) will not earn you points nor will they count toward elite status qualification. However, this isn't always the case. Here's a Marriott stay I had in New York back in December 2016 that was booked through Hotels.com (I had Marriott Gold status at the time):

Once the reservation was made, I simply called to ask them to add my Marriott Rewards number. While this is largely dependent upon the property, it's nice to know that the difference in your rate of return could be even higher than what I outlined above if you're fortunate enough to get points for the stay as well.

No program is perfect for everyone, and I've heard the groans of dissatisfaction from many Marriott and SPG members ever since they announced their newly combined program that will be implemented in August. While many of you may be looking at other loyalty programs out there, it may be worth broadening your horizons and considering Hotels.com in conjunction with the Capital One Venture Rewards Credit Card. You'll get an incredible amount of flexibility along with a best-in-class rate of return, ensuring that your future hotel stays are as comfortable and rewarding as can be. Hopefully this post has shown why you should consider this option moving forward!